Who Would Win? Krypto vs. Streaky

DC League of Super-Pets is only a few days away, so now is the perfect time for another installment of the eternal struggle between dogs and cats-Krypto vs. Streaky! The pet Kryptonian dog of Superman against Supergirl’s beloved cat-let us know who you think would win, below! 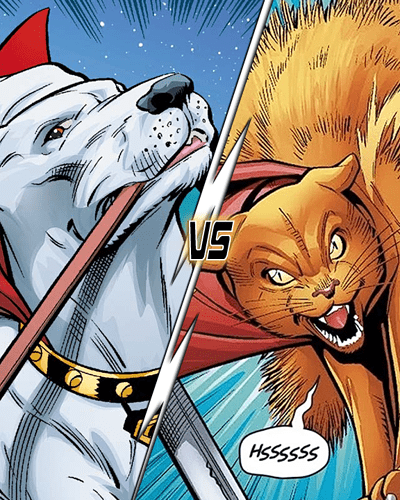 I pick Streaky because I’m a cat person. Love cats.

I feel like I’d have to pick Streaky, too. Even though I love dogs, and my family has always had dogs, I have two cats of my own.

I love both cats and dogs, but I am partial to cats. Too, while cats are smaller, they have those razor sharp claws and teeth. I also have to admit that Malcolm, Socks, and Tigger advise me to vote for Streaky!

I have to give it to Krypto because my dog tends to beat the cat when my girls play fight (both my dog and cat are girls). Oddly the cat starts it just as much as the dog. yet the cat seems to view my dog, who is about seven months old, as her kitten.

I love seeing cats and dogs interact! It’s always entertaining. My new cat followed my parents’ previous dog around constantly when she first met him.

it is always cute when the dog is a puppy.

They have the same powerset but:

a) Cats are jerks. When they aren’t terrorizing dogs, they are filling their homestead with the bones of smaller animals. 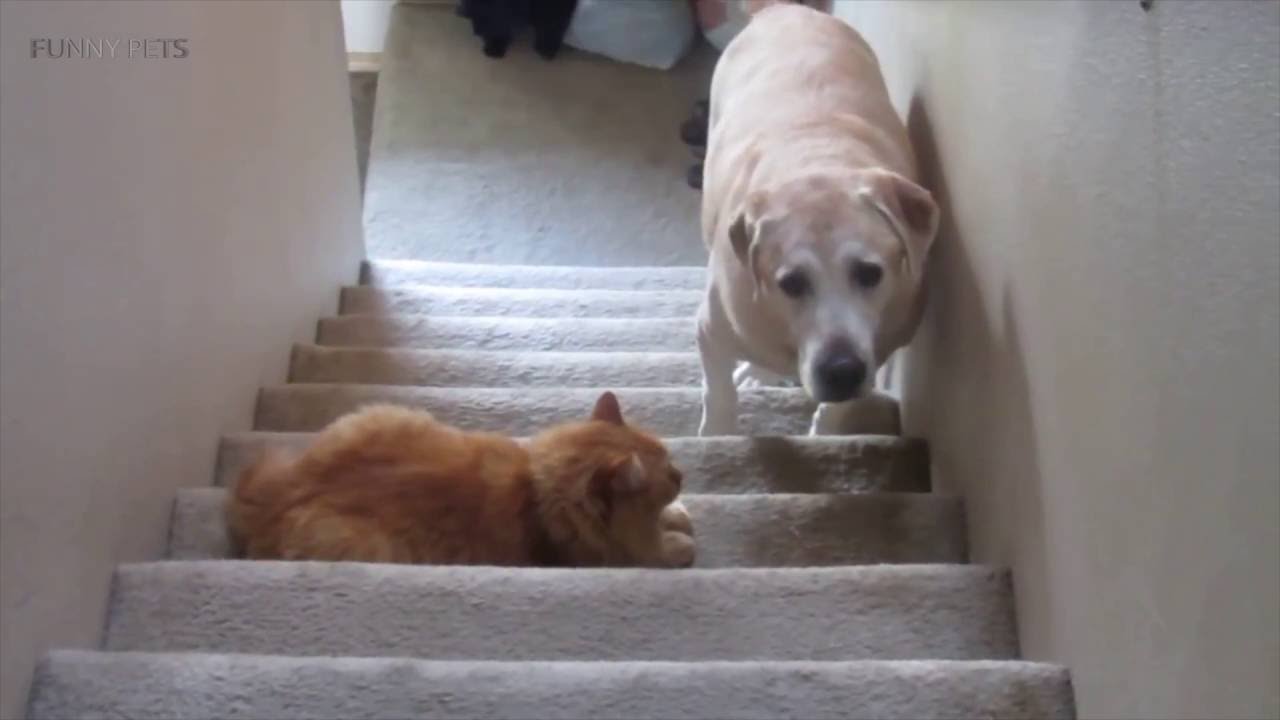 b) But cats are also heroes 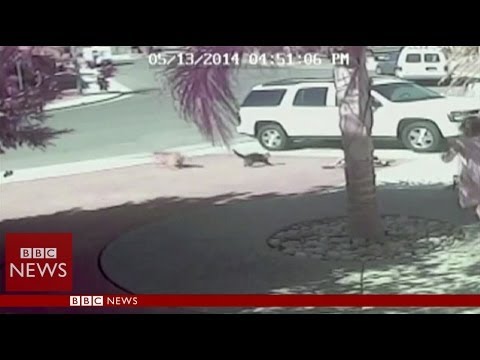 Based on my avatar, I an sure you are shocked that I picked Krypto.
However Kryptonians are superior to Earthlings and Dogs trump Cats, is my simple world view.

As to a) my dog has about is older than i thought as i got her as a Christmas gift…and actually really smart. she uses her size to cover the cat…then cat becomes her favorite chew toy…the cat taught her too well.

I should have added that part of the reason I picked Streaky is because of my cat Socks. You wouldn’t know it to look at him, but I swear he is the James Cagney of Cats. He has taken on dogs much bigger than him and won. He even chased off a bobcat once. Does this face looks like it belongs to a killer? 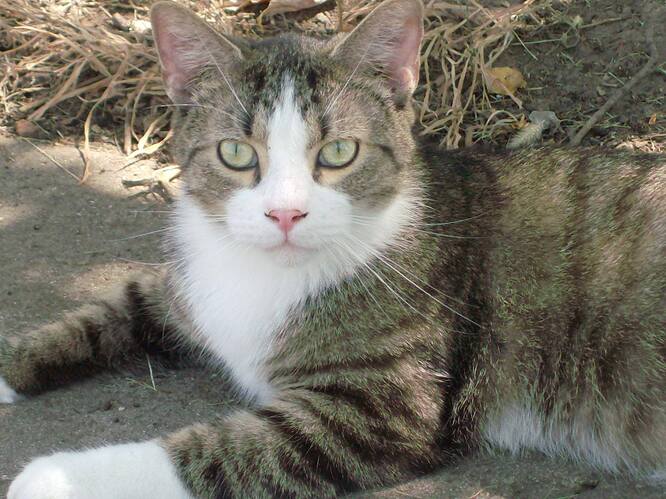 He’s adorable! One thing I learned very quickly when I got a cat is that if they don’t want to do something, it is very hard to get them to do it. We had a Jack Russell that could be real ferocious and bitey, but if you picked her up right she couldn’t bite you and would just give up pretty quickly.
If you pick up a cat and they don’t want to be held, all they have to do is pop out their claws and things are going to get messy fast.

My cat carries the same look in her eyes, so I’m saying yes. Yes, it does.

While I love cats, have you seen ‘My Cat From Hell’ on Animal planet? Those cats are really mean and the rockband kind of guy help save a day as a cat whisper trainer.

While I love cats, have you seen ‘My Cat From Hell’ on Animal planet? Those cats are really mean and the rockband kind of guy help save a day as a cat whisper trainer.

That man is far braver than I’ll ever be.

Does this face looks like it belongs to a killer?

No, it most certainly does not.

It does however look like he’s thinking “Come get some.”, Ash Williams-style.

Socks is definitely a cute kitty!

As for Krypto and Streaky, while I absolutely and vastly prefer cats over dogs, I voted for Krypto.

He’s the pet of Superman, my #1 favorite DC character, comic book character, fictional character and superhero, so I kind of had to vote for him.

Now, if Superman should get a cat (and he should), that is when I’ll vote for a