Man I know the real winner and that’s that.

Damian all the way!!!

i clicked the wrong one

Damien getting the dub on this one

1: WELCOME TO THE COMMUNITY!!!

2: You can change your vote by clicking “show vote” then clicking another option

I voted for Jason Todd on the basis that he’s the Red Hood but honestly I could see it being 50/50. Damian is an assassin but Jason fights dirty and they’re both very capable of murder. I basically chose Jason because he is (and may always will be) my favorite Robin but if he lost, it wouldn’t be a surprise, much as if him winning wouldn’t be surprising either. I also like to think of it like this. Batman trained Jason directly in his NON-murderous modified ways of the League of Assassins fighting style. It was no longer the League’s because Bruce had taken what was necessary and dropped what wasn’t so it became HIS style. Jason then took that Bat-training and made it lethal and that (in my eyes) makes him potentially, ever so slightly, more dangerous. Damian on the other hand was trained directly by the League and their ways and this is not discrediting the League but even though he can hold his own against Batman, he was never given that extra little spice that Batman essentially passed over to Jason… BUT like I said, it could honestly go either way. Jason is prone to rage and more emotional responses. That isn’t a bad thing but in terms of a fight to the death, that could possibly be his downfall. 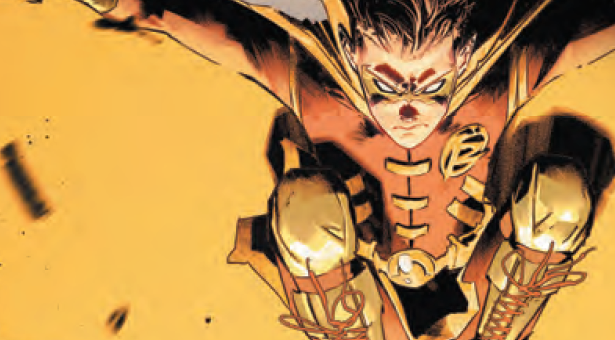 Damián,that’s my son’s name because of robin

Thank you all for sharing your thoughts on this Robin show-down.

Welcome to the community! Nice reasoning

And Welcome to the DC Community!

Damien would annihilate him worse than the joker did

Yo you went there!!!

The fans who voted murdered Jason #NeverForget. The man was murdered with landline phones and Damien is a trained murder machine….just saying

Wow. Us DC fans are really messed up sometimes, aren’t we?

NOTE: This is meant as DC fans as a whole, not every individual fan. Please don’t take offense; it was just my opinion

That’s fair, but I mean DC recently had Joker not only exhume the corpse of our beloved, elderly Alfred Pennyworthy, but turn him into a decaying, voodoo, Joker-zombie to torment Bruce in the theatre his parents were murdered outside of, so you’ll have to excuse me for having trauma issues lol

My son was not murdered by phones, but by his idiot mother.

What, you mean my vote didn’t count?