Exactly, they knew it was only a matter of time until he came back in a beloved story and movie because of his huge popularity. This also meant he would die instead of somebody who would not come back. That is the team player Jason is.

I know this has been vaguely mentioned but the New 52 added to Jason’s canon that he was trained by the All Caste, which outdates the League of Assassins and the two have connections with each other (Talia brings Jason to them after his resurrection). Pre New 52, Jason trained all over the world, funded by Talia.

TL;DR is that Jason has more than just Batman’s training.

Just… something to think about…

crawls back into shadows

Interesting, I had forgotten that tidbit of information, if I ever knew it.

I didn’t think to say it before. It’s one of those things that made a huge impact in the New 52 because it most of the archs heavily revolved around it, but its mostly just referenced in Rebirth.

Depends on versions but I gotta go with Red Hood.

Welcome to the Community, @timmythetatortot.92477! That’s a good point, a lot of these fights could vary a lot depending on different versions of the characters. What makes you pick Red Hood?

I think a more experienced Damian would win. But if he’s younger, Jason wins

Welcome to the community @joshfigueroa97.38132 and @timmythetatortot.92477! Great points from the both of you - this does really depend on what versions are at play here.

Jason is older, bigger stronger, and better trained, more experienced, and honestly more brutal than Damian and well we do not see it often Jason also has a Genius Level Intellect. also Making Batman put on more armor to fight you says a lot.

I can’t believe it’s even close. Damien would annihilate him worse than the joker did

So Jason will come back tougher than ever and wipe out Damian?

Welcome to the community @ivantorres36052.44872! What makes you say that Jason Todd would take the win?

Additionally, please let the moderator team know if you need anything.

That’s a lot closer than I thought it would be. Jason and Damien are very similar personality wise but Damien has the discipline and training Jason will never get. 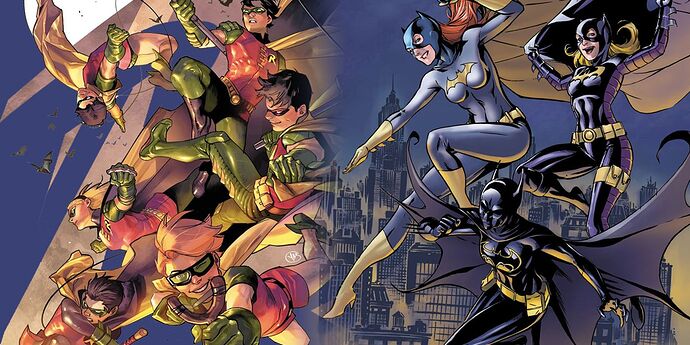 Batman's various sidekicks each have their own strengths as Robin or Batgirl, but some stand out as incredibly talented fighters.

Welcome to the community @willysstowell.55097! Thanks for weighing in on this show-down.

That is why I said might hold an answer.

I trust no list to rank my sons, except my rankings that I post right in front of them.