This week sees both the celebration of the Day of the Dead and the arrival of Robin #1 on DCUI, so our matchup this time around is between two former Robins who were both also formerly dead-Jason Todd and Damian Wayne!

Jason Todd was the second Robin, until he was killed by the Joker (and also the votes of fans). When Superboy-Prime punched a hole through realities, Jason was restored to life. He is very strong, fast, and tough, is a trained martial artist and expert marksman, and heals fast and doesn’t age, due to his exposure to the Lazarus Pit.

Damian Wayne is the son of Bruce Wayne and Talia al Ghul, and the fifth Robin. He was killed in a fit with a clone of himself, he is soon brought back to life with the power of a shard from the Chaos Crystal. He’s also a skilled martial artist, as well as an expert swordsman, hand to hand fighter, computer hacker, and has a genius level intellect and is in peak physical condition.

If these two formerly dead former Robins were to come to blows, who do you think would win? Tell us who and why, below! 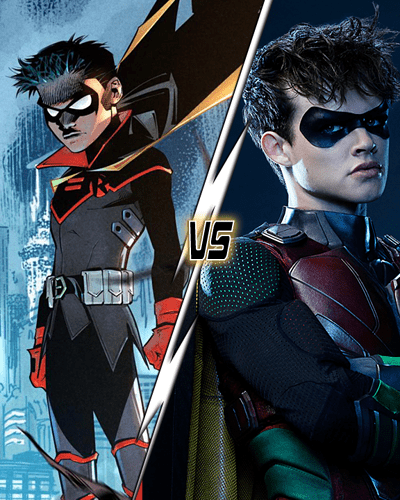 It’s hard not to vote for Damien, with him being a cold blooded killer assassin, if the need arises. I know Hood uses guns, and has killed from time to time, but is not in the same league as a professional assassin. But, if it was one on one, no preptime, I would have a hard time not picking Hood due to his size and age advantage. Though if it is the versions shown above, that wouldn’t apply as much and it would be Damian all the way.

I feel like Damian would be a hard match for most non-powered characters, although Jason is pretty formidable and can be pretty ruthless himself.

I think Jason would. Sure Damian has more skill but I think Jason as better at mind games and can play to Damian’s anger and ego to win.

Also a lot of Jason bias

I’m going with Damian, his DNA alone makes him a fighting machine. His training from a boy to be a living weapon, at his young age is comparable to many of the best fighters twice his age in the DCU. Jason has training, and rage, but insecurities still from being beaten by the Joker. Damian has the psychological edge on all Robin’s by telling them upfront, I’m the son of Batman.

If they’re both Robins, Damian would win. Damian would probably have the advantage in the pre-Flashpoint era, as well. But then Jason started carrying the All-Blades during the RHATO era, and I think that might be enough to give him an advantage.

I have no choice… I HAVE to support my bae. 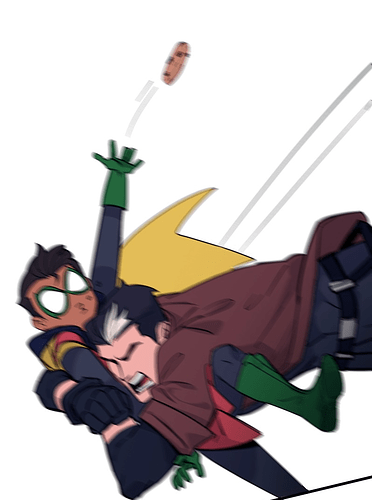 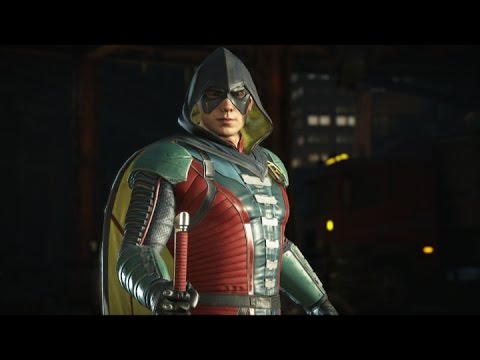 I’m gonna have to go Damian with this one

It’s hard not to choose Damien, But Jason has more experience and less rules.

I would make my boys stop and bathug.

Damian’s my boy, you won’t catch him laggin’

Damian all the way.

It would be an interesting match but Damian Wayne is built for this.

Just look at the weapons.

Societies with guns have demolished societies that used sticks and swords (Exception being Italy’s failure in Africa) so Jason should win.

The picture though is misleading because Jason is in Robin uniform. If they both fight as Robin Damian wins.

I feel like even though Damian was raised an assassin, Jason was, too (to an extent, though). I’m a little biased towards Jason, but I think he would win, especially with his knowledge of Bruce’s fighting techniques (which was really shown in B: AK).

Damian was raised by the actual League of Assassins. Jason was trained by Batman for a few years. I know Batman is the greatest fighter in the world, but he only has like twenty years of experience and is one person. The League is hundreds of years old and hundreds of thousands strong.

This is a lot more even than I expected! I’m much more familiar with Damian than Jason, so I wasn’t entirely sure how people would vote.

Jason is many reader’s favorite.

Indeed, that’s why they voted for him to die.