Who Would Win? Injustice Superman vs. Superboy-Prime

i give credit to prime but its the fact he is so selfish i think the arrogance would lead to downfall. Injustice all the way in the end.

Welcome to the community @nealsterrett.73089!

Personally, I could see this fight going either way, but I agree that Superboy-Prime’s arrogance could be an obstacle (though that could go for Injustice Superman as well).

I do think Injustice Superman is pretty cold and calcuating, and Prime is just crazy and all around unstable. I also think that Injustice Superman is basically the perfect example of what Superboy Prime didn’t like about heroes getting “too dark”, so he might be extra motivated in this fight.

Hmmmmmmm… well, Superboy Prime did bring my beloved back originally…

I suppose I could return the favor by giving him my vote… though I think either one would win, depending on the moves and situations of the fight. Afterall, not every fight is the same.

I am grateful for that too. 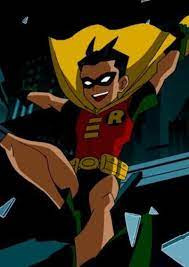