Who Would Win? Hawkman vs. Man-Bat

Our fight this week is between probably the two most famous winged DC characters- Hawkman and Man-Bat!

Who do you think would come out on top in this high-flying brawl between the two winged animal themed men? Would Nth metal give Carter Hall the advantage? Or would his serum induced savagery lead Kirk Langstrom to victory? Let us know who you think it would be, and why?

(And if you’re eager to read more about these characters, you can check out this week’s Black Adam: The Justice Society Files: Hawkman #1 or 2021’s Man-Bat minseries!) 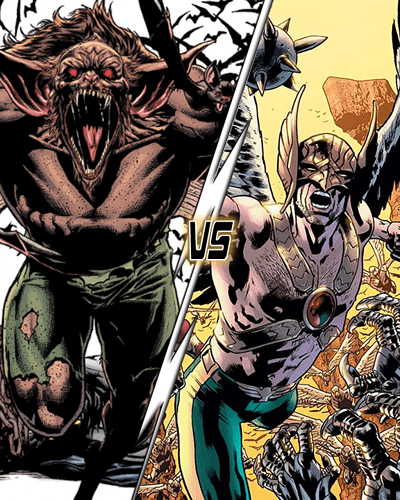 I’d say Hawkman, the last thing I want to do is make @MatthewHecht mad at me for voting against his favorite character!

And beside, with that weapon of his, with one hard swing in the face, he can really knock Man-Bat out!

I went with Hawkman. I mean, in addition to his ability to fly, he can also use a variety of ancient weapons.

Not much of a choice: 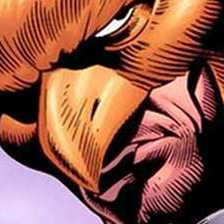 Weapons, experience and skill were deciding factors. Hawkman wins but the fight could be interesting if this is a version of Man-Bat that had trained some of Kirk’s intelligence.

Now how does Hawk-girl/woman fare against She-Bat? Probably exactly the same.

Hawkman because Man-Bat is too often fighting his own Bat-instincts, while Hawkman’s intellect is still at his command, even if he likes to smack things more with the helmet on.

Hawkman, because he’s got a lot more battle experience. Plus weapons.

Man-Bat because I enjoy him more and I am biased

Isn’t that everyone in these kinds of threads tho?

It’s why my answer to these questions is almost always “Who’s name is in the title?” 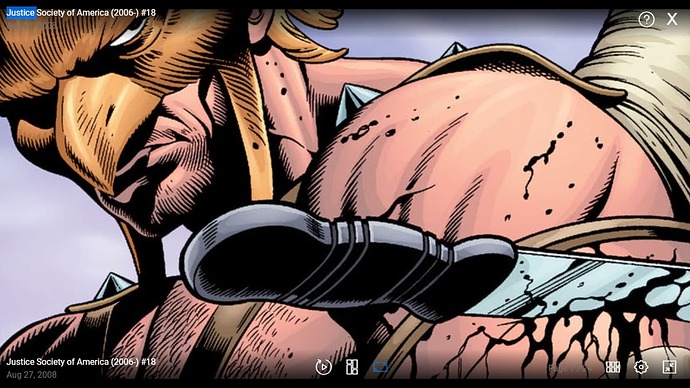 Even if, somehow, Man Bat got the better of Hawkman - Hawkman would simply reincarnate and come back to finish the job down the road.

Or heal and him beat him then.

This guy gets it.

Whilst Man-Bat would probably have the advantage at the start with his intense fury and aggressiveness, if he doesn’t end it early, it’ll become advantage Hawk-Man, once he brings his warrior skills and weapons into play, he’d out think and out manoeuvre Man-Bat and ultimately win.

Back when Star Wars books were fun.

There are still a few fun ones! Zahn’s six new Thrawn books are legit, as is Lost Stars. But the 90s are definitely an era I miss a lot.