Who Would Win? Flash vs. Flash

Welcome to our speculative stadium, where legends duke it out and winner takes all! All what? No one knows!

What’s better than a speedster? TWO speedsters! That’s right, this week’s match is a lightning hot round between two iconic names that have held onto the often speed-blurred symbol of the Flash.

So, which of these speedsters would win in a fight? Remember, this doesn’t necessarily mean who’s faster! Give us your reasoning and vote, below!

Umm, with the Flash it always comes down to who is faster. So yes, Barry Allen! He is way faster than Wally West. Just like the Batman v Superman argument. Batman would always have cryptonite… Right? Plus, Barry Allen is smarter, so he would wipe the floor with Kid Flash! Com’on Man! 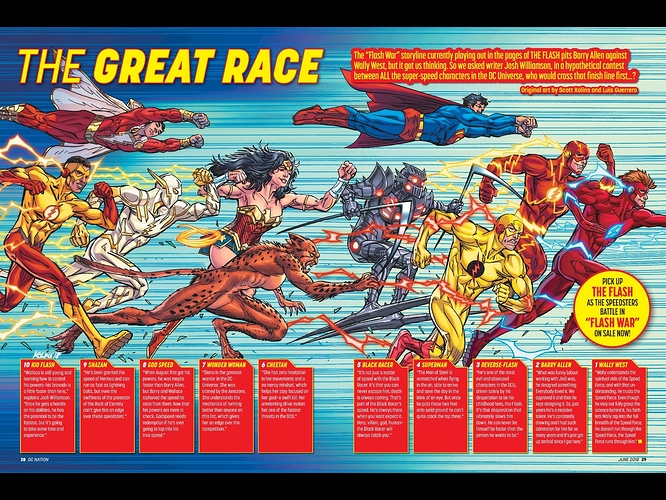 Another electrifying match up this week BeastBeastBoy!

Hmmm… Well, in the intro to The Flash for 5 seasons, Barry did say he was the fastest man alive… Although that did change to a nice intro song in season 6…

Looks like we have ourselves a change in the timeline creating another paradox that can only be satisfied with these words… Run, Barry, Run!

Honestly it has even been said that Wally West is the fastest out of all the speedsters and I have absolutely loved his story from the very beginning. He mentally blocked himself because he never wanted to outgrow or overshadow Barry Allen’s legacy! The fact that as the character progresses his speed would too and the way they wrote Wally as one of the guys has put him in my top 3 favorite hero’s of All Time.

Hmm, some valid points so far, even there is some disagreement on who’s fastest…

The question is who would win in a fight, not who’s faster. I go with age and experience…and that’s my man Barry

Ok @Docsuture your right it does say who would win in a fight and the only way Barry is Winning against Wally West is because Wally would allow it. Now don’t get me wrong it would definitely be a battle but Wallys love for Barry wouldn’t let him cut loose read (Flash v2 73-79) is a great example and great read. I think it would be more of an emotional battle than an actual fight but that’s my opinion. Also, @BestBeastBoy nice question on who would win because The Flash is the most loved character only beaten by Superman for the number one spot .

Ah, yes. My favorite poster. Gender beats origin. You would expect Jesse to be somewhere among the flashes, Kara close to Superman and Mary close to Shazam. But they didn’t make the list.

I get that this is a popularity poster and not an actual speed poster. But DC selling it as a speed poster is so wonderfully tone deaf.

Apart from the problems above, the list is messed up for other reasons. Take cheetah on the list. She is fast by earth standards. Every green lantern and kryptonian travels in space. They travel space distances. Cheetah travels earth distances. If she could travel at the speed that the Green Lanterns and Kryptonians travel at, she could reach any spot on earth in speeds that would for all purposes be teleportation. I have never seen her teleport. Of course you don’t see kryptonians do that either. Travelling anywhere near lightspeed close to earth would probably incinerate the planet. Maybe Cheetah could theoretically run at lightspeed, but it could never have been verified because whatever planet she did her trial run on would turn to plasma as soon as she starts running. I get that its comics and no rules apply, but the list is so arbitrary that no one can take it seriously. All that the list provides is a set of arbitrarily speeds that seems to suggest that gender and skin color is a bigger factor than whether you have access to the speed force or can fly to other galaxies on a weekend trip.

@Coville Totally valid on all counts! But I must ask, who do you think would win between Barry and Wally?

I don’t know. My usual answer is “The one the writer wants to win”. It wasn’t an option, so I picked Barry because he stems from the silver-age when there were no limits to power. Also, HiC made Wally unpalatable to me.

@Coville The list is just for fun- they published it in DC Nation (buckwheat that was a free magazine for comic shops) I’m sure with the intent to get is to do what we’re doing now. Get a friendly debate going about who is faster. Otherwise, they’ll off Black Adam, Mary Marvel, Supergirl, Superboy, General Zod, Bizarro, Zoom, The Black Flash, Impulse, Jay Garrick, Jesse Quick, etc.

As far as whether or not Cheetah belongs- she’s fast enough to catch and cut the Flash’s hamstring. I think that earns her a spot. 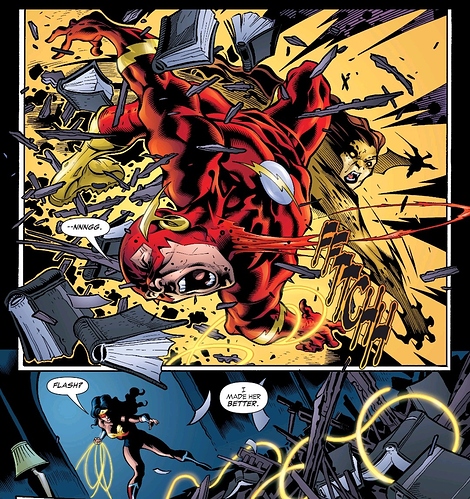 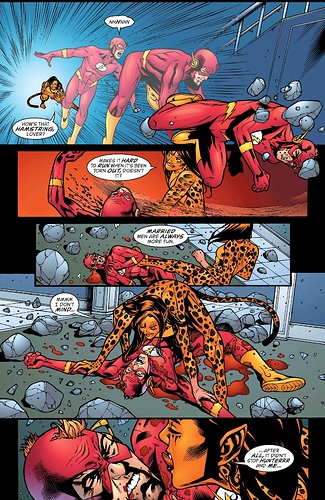 Barry is just plain faster and a more experienced flash.

Wally has a joy to being a speedster that fuels him and makes him the best.

It’s well documented that Wally is the fastest, see below for another example. While Barry has seen a resurgence in recent years, and has been the flash chosen for recent media (Arrowverse, DCEU), he was first so that’s understandable. They brought him back in the comics around the time of blackest night with flash rebirth so 2009? He died in 86 with infinite crisis so for more than 2 decades Wally was the Flash for a lot of people. The justice league animated series (Timmverse) has Wally as the flash, and the heart of the justice league, which he was amazing in.

For many people Wally isn’t only The Flash, he’s an integral part of the Justice League, DC, and comics. During those years, his power was cemented and when Barry returned it was still established he was more powerful.

So while Wally has the power, and neither are really cutthroat fighters, it would come down to if Barry could be more creative than Wally to beat him, which I don’t think he is. Maybe if Iris and the twins were on the line, Barry would find it in him, but overall Wally. 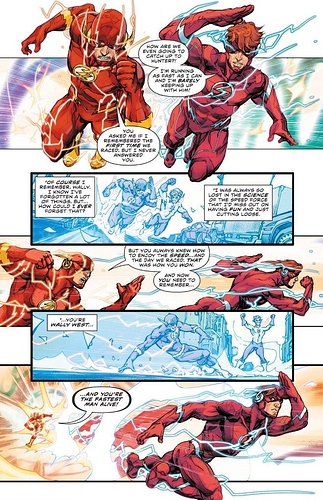 Yeah but… but… space. In rebirth #1 Kara travels from the sun to earth in a few seconds. Green lanterns travel presumably faster to reach the different sectors. Cheetah doesn’t run that fast. She runs no no no no no near that fast. The speeds that are used in comics on earth are completely in a different ballpark from space travellers. Maybe cheetah can hold a comparatively high speed while also fighting and turning. But she is not running at multiples of lighgspeed that space travellers cruise around with.

No, you made a very compelling argument. It’s enough.