Who Would Win? Dream vs. Mister Mxyzptlk

After what felt like an endless wait, The Sandman has finally arrived on Netflix! Our fight this week is between the star of the series himself, Dream, and one of Superman’s most powerful foes, Mister Mxyzptlk! Who do you think would win in a showdown between the king of the dreams and the fifth dimensional imp? Let us know who you think it would be and why, below! 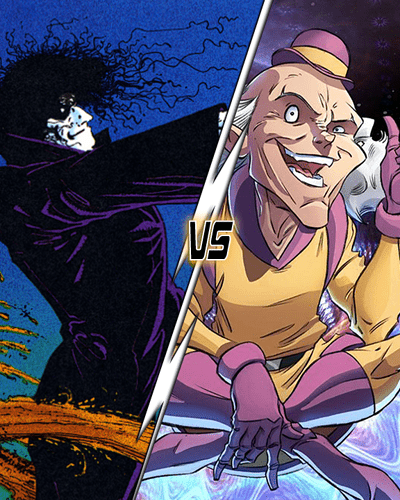 This was an easy one for me. As powerful as Mxyzptlk is, Morpheus is one of the Endless. Also, aside from that, I think he could trick Mxyzptlk into saying his name backwards easily enough!

My money would be on Dream. Mxy is powerful but he’s no match for one of the endless imo.

Looks like Mxyzptlk is misspelled in the title, though hardly the 1st time that’s happened

MACGURK! MacGurk, where are ya?! How do you like that guy? Standing me up While I’m looking for him. I voted for Mr. Mxyzptlk, no doubt he’s a winner.

Oh there he is! 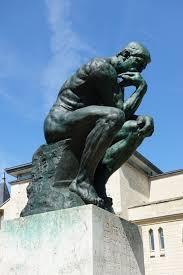 If anybody guesses and know where this references is from, give yourself a pat on a back.

I Feel Mr. Mxyzptlk, Would Win Because He is Omnipootent!
Mr. Mxyzptlk, is Very Creative!
Good Match Up, Though!

Technically both are all powerful in their own dimensions or those below them, I believe Dream is from a dimension above Mxy, so I am gong to go with Dream.

Dream. I don’t think an imp is any match for one of the Endless

What good would Mxyzptlk’s power be, if he were unable to dream up any mischief?

Imagination is the 5th dimension. Without Dream, Mxy’s kind couldn’t exist. Being from a dimension higher up, Mxy reads Superman stories. Reality to Clark, but stories to Mxy. I imagine they don’t fight at all, but Mxy recognizes who he’s speaking to and gives thanks. Those stories gave his life direction and purpose.

Dude that is great. So true

I’ve given this too much thought. Gonna bail and say one dies and the other crawls away and dies later.

Imagination is the 5th dimension. Without Dream, Mxy’s kind couldn’t exist. Being from a dimension higher up, Mxy reads Superman stories. Reality to Clark, but stories to Mxy. I imagine they don’t fight at all, but Mxy recognizes who he’s speaking to and gives thanks. Those stories gave his life direction and purpose.

This is a really good point. There is no imagination without Dream.

That’s really well put! My thinking as to who would win was mostly just about them both being really powerful and having specific vulnerabilities. You put a lot more thought into it than I did.

While we have seen Mxyzptlk on multiple occasions take down the likes of Spectre, the DC universe itself, Phantom Stranger…We have also seen him die. And its pretty final when it happens.

Meanwhile putting aside infinite power levels of the Endless, if one of those dies then they simply come back. And its pretty certain that theres no way for Mxyzptlk to keep that from happening.

Superman fan I am, I have to go with the side I believe in and that’s…Dream.

Mxyzptlk would struggle with the opponents like the Spector, Phantom Stranger, and Trigon. But Lucifer easily handles all four of those opponents. I think if Dream can outwit Lucifer, tricking Mxyzptlk to spell his name backwards would be trivial.

Additionally, Mxyzptlk has more raw power and could win in the waking world, but not harm Morpheus in the Unconscious. And if his ability to warp reality is limited by his imagination - i.e. dreams - or if he is reliant on Dream, because he is a “living” being(Morpheus describes he lives/dies with the first/last life and conscious)then Morpheus, I think, would have superior powers over Mxyzptlk in any reality or consciousness/unconsciousness.