Who Would Win: Dex-Starr vs. Streaky

This Friday, June 4, is “National Hug Your Cat Day” in the United States, so in honor of it and to celebrate the many, many cats all around the world who deserve hugs (which is all of them, every single one), this week’s fight is between two of DC’s most huggable felines:

Hailing from Earth and now a member of the Red Lantern Corps, Dex-Starr frequently vomits up red rage plasma and is most definitely a good kitty. Streaky was just a regular cat and pet of Supergirl when he developed superpowers after being exposed to experimental kryptonite she had discarded.

If these two super pets were to get into a literal catfight, who do you think would scratch out a victory? Let us know, below! 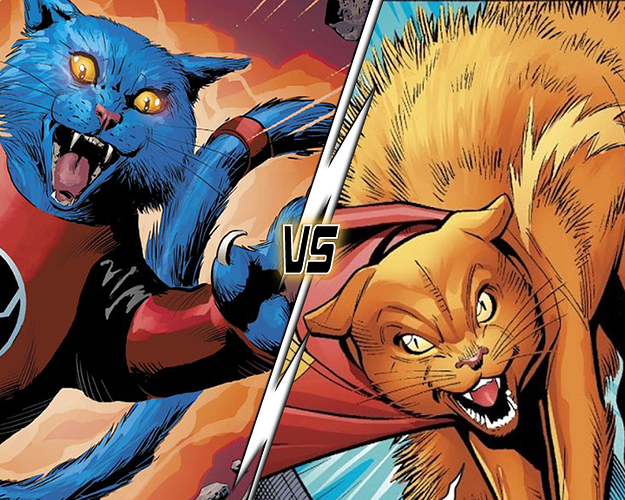 i rest my case

Yes but Streaky has invulnerability as well as freeze breath

Streaky should bite his tail to get the ring off

Or use super speed???

Do you not play with kitties son. A cat that angry is stronger than Clark. The greatest threat the Justice League ever faced was an angry house cat who could see the bottom of his bowl. 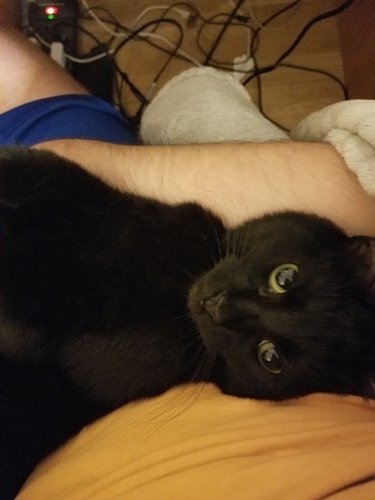 just because things are complicated with selina doesnt mean all cats are like that, old man

Streaky: I can haz solo LoSH fur meowz and giggles. 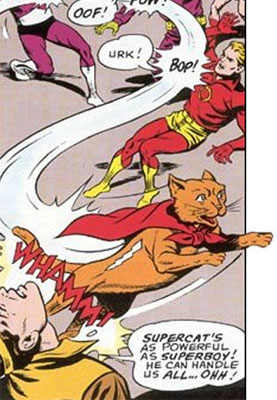 Streaky all the way!

Dex-Starr! I just love that furball. When the cat-slaps fly I want a vomiting cat to be on my side.

Dex is the bestest ever!!!

i rest my case

But Streaky is strong … and brave … and tingly.
And impervious to rage plasma. 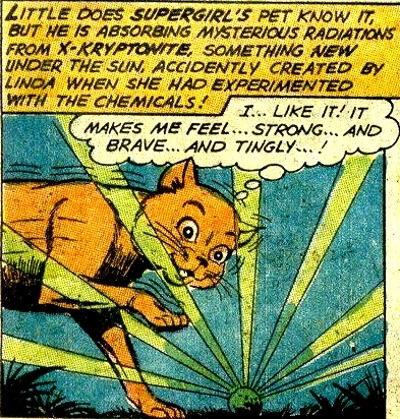 (And canonically defeated Dex-Starr in Justice League Action, though, admittedly, he had help from Krypto and Plas, and said version of rage plasma can’t even penetrate Batman’s cape.)

Dex-Starr by a wide margin.

I would (& did) say Dex-Starr but… in the recent drops they had a Super Pets bonus story & Streaky isn’t one to be pushed around. Ran the whole show & others ran everything past Streaky b4 acting on anything. Capo di tutti i capi Streaky?

I like how split the poll is and how people are making good arguments for each cat contender. This would be one fight where I really wouldn’t know who I’d be rooting for.

This is a really good match-up… but, once again, we have precedent! In the Justice League Action short “Super Cats & Dogs,” it takes the combined forces of Streaky AND Krypto to take Dex-Starr down. One-on-one, Atrocitus’s favorite Red Lantern has the edge.

I really think streaky could win but I can’t go against Dex. Biased favoritism make Dex win for me