Who Would Win? Darkseid vs. Krona

Our fight this week is between two of the most dangerous and evil beings in the Multiverse-Darkseid vs. Krona!

Darkseid is the ruler of Apokolips who seeks to dominate all life in the universe. Krona is an Oan whose obsession with understanding the origin of the universe led to the creation of the DC Multiverse. He’s also destroyed multiple universes (and even threatened a particularly marvelous universe). Let us know who you think would win between these two, and why, below! 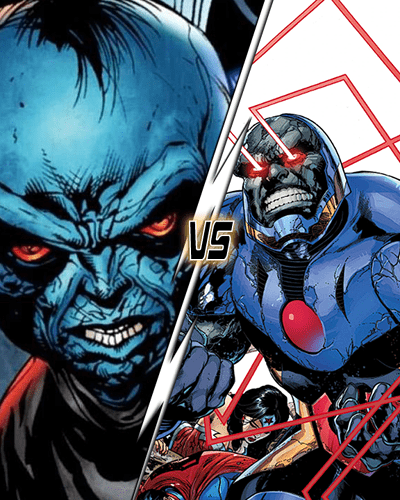 Krona’s greatest weakness is his driving obsession. Darkseid is an old hand at exploiting such flaws.

I went with Krona, but I have to admit it would be a very close fight.

Really it would depend on what version of Darkseid is used, the one in current continuity has already killed the Quintessence, which includes powerful beings including Guardians, so at least at the current time, I would have to give Darkseid the edge.

I have no idea who Krona is so I went with Darkseid.

I pick Darkseid, to my knowledge I think Superman is the only person can beat him. Of course @HubCityQuestion would probably say I’m wrong on that.

According to the prophecy of The Source, it’s Orion who ultimately defeats Darkseid.

Darkseid, we have seen him do horrific things. Hearing about Krona though for the first time, he would give a good run for Darkseid’s money.

Has Krona ever put hands on anybody? I know Darkseid has, that’s why I picked him.

Darkseid was created by Jack “The King” Kirby, so on that basis alone, he gets the victory.

Krona is a worthy villain, but he’s not up to snuff with a Kirby creation.

tugs on his “Long live The King” t-shirt

Darkside would win easily but Darkside is way overdone and also over used as the big Bad treating every single DC Superhero Universe which is sorta getting tired of reading about over and over again time after time it’s always Darkside! 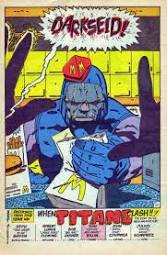 I, Never Ever Heard of Krona!
Darkseid, I Know Has Killed Many People!
Darkseid, is Very Powerful!

I, Believe Like Others, the Only One Who Can Defeat Darkseid, is Superman!

Darkseid, is All Powerful!
I ,Like Darkseid as A Villain!