Who Would Win? Clawster vs. Killer Croc

This week’s fight is between two monstrous sewer-dwellers-Clawster vs. Killer Croc!

Clawster was a member of the group of Cadmus creations who lived beneath Metropolis known as the Underworlders, and was able to hold his own against Superman. Killer Croc is a frequent enemy and was one of Bane’s first targets when he set out to break the Bat.

Which one of these two monstrous villains would emerge as the true king of the sewers? Let us know your choice, below! 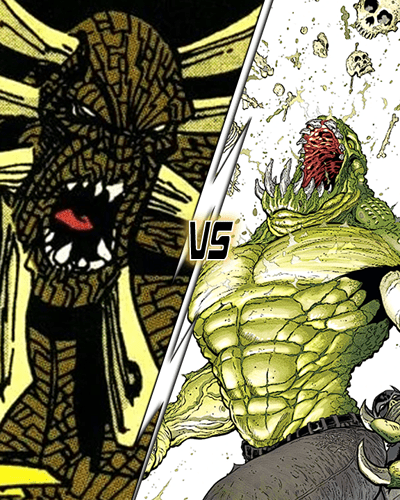 Clawster is a bit of a dollar store Doomsday, but he’s invulnerable and Croc doesn’t have any psychic attacks. Sorry, Waylon, but this one isn’t going to go well for you.

Clawster almost look like The Lizard from Spider-Man, he’s pretty much unknown to me, so I’m going with Killer Croc.

I don’t know who Clawster is so I went with Killer Croc.

Clawster can hold his own with Supes, Croc can’t so Clawster for the win.

I am way more formidable than my best buddy.

It your villains aren’t

hmm
Wa going for Croc but after herding not about Clawster they got my vote.

I doubt I’m alone in never having heard of Clawster before today, so I want to give it to Killer Croc, but if this other guy’s able to tangle with Superman, then Waylon’s in way over his head.

I’m going with Killer Croc. I’ve at least seen him in action.