Who Would Win? Bronze Tiger vs. Wildcat

Welcome back to our speculative stadium, where legends duke it out and winner takes all! All what? No one knows! We’re just here to have fun! After many weeks passed, we’re not holding anything back!

The not-so-distant future has arrived, and Who Would Win is reborn. This week, we’re taking inspiration from Batman: Soul of the Dragon. Our matchup is between two of the DC Universe’s greatest martial artists and fellow fans of felines-Bronze Tiger and Wildcat! The master martial artist against the champion boxer - tell us who you think would win, and why:
Is it Ben Turner’s vast knowledge of mixed martial arts? Ted Grant’s unstoppable fury? Tell all in the comments below! 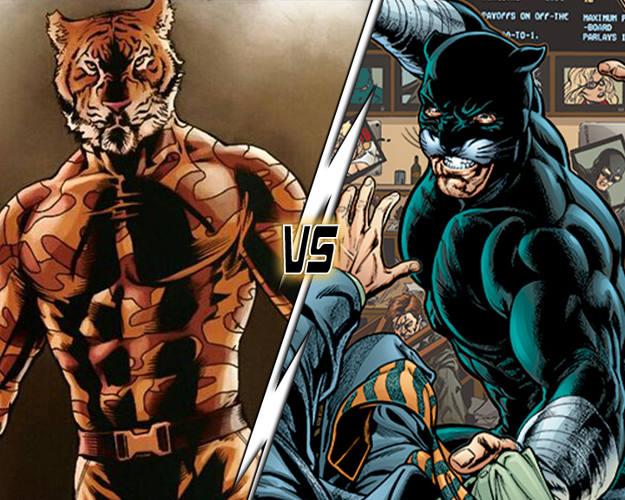 I pick Wildcat cause he’s a real fighter.

If they were sticking to the ring, Wildcat could probably make it, but in a free-for-all… well, Mister Turner is one of the best martial artists in the world, so it’s gotta be him. It would be a heckuva fight either way, though.

im glad you ar back with this

BT for the win. WC is a great fighter and wouldn’t go down easily but the martial arts of BT can rival many top fighter in DC.

It’s good to be back! This is a REALLY close one. We’re both talking about world class fighters here. But, as viewers of Batman: Soul of the Dragon know, Bronze Tiger is one of the few fighters on Earth even better than Batman. It’s one hell of a fight, but I’m putting my money down on Ben Turner.

Clearly, if the DCEU has taught me anything, it’s that the only cat that loses is the one played by Halle Berry.

“I yield. I cannot defeat this Klingon. All I can do is kill him, and that no longer holds my interest.” -Ika’ika, By Inferno’s Light, Star Trek: Deep Space 9

Wildcat gets in a few good hits, but Bronze Tiger takes a clear advantage. Eventually Wildcat reaches the point where he can barely stand. But in the end Bronze Tiger realizes he cannot defeat Wildcat, merely kill him. And since that does not hold his interest, Bronze Tiger yields. 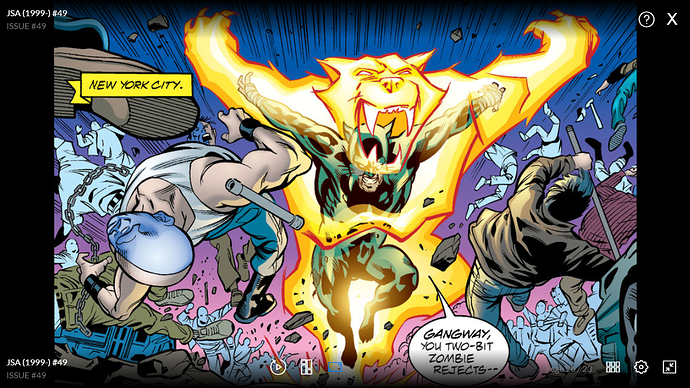 you need to kill wild cat 9 times to put him down for good, and he knows more then just boxing 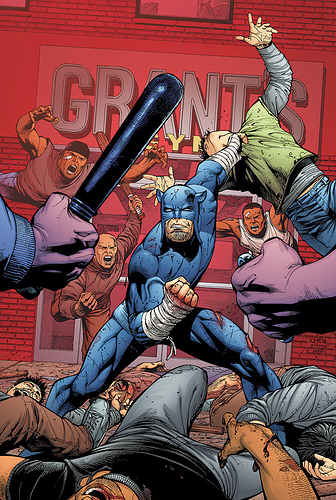 Ted Grant was a boxer framed for the death of his opponent. To fight back, he became Wildcat, and has been fighting ever since. 1 History 1.1 Early Life 1.2 Becoming Wildcat 1.3 Joining the Justice Society of America 1.4 Recent Activities 2 Powers...

I really really want to say Wildcat, but I have a gut feeling that Bronze Tiger would win.

My favorite of the two is Wildcat…but sadly, he wouldn’t be able to take down Bronze Tiger.

“Realistically,” Ted has no chance against Ben. If they just got into a fight, Ted’s only hope is to get lucky with a little brawling. But of course, this is super-hero comics, tv, and movies-- and a super-hero story has Ted finding a way to beat Ben, a good one makes it thrilling, and a great one makes it thrilling while pushing aside all feeling that you’ve seen this a million times.

As much as I’d want Wildcat to win I think BT is taking this one!

I’m having a blast reading the points everyone is making in here.

I don’t think I’d enjoy seeing this actual fight as much, since I like both of the characters and it would probably be brutal and messy, but it would be entertaining.

A nice welcome back to the stadium GL with this bout as I could say either or could win at any given moment.

Though… They are both cool cats in my book and wouldn’t mind learning a thing or two from their skills.