Who Would Have Won? 💥Meta Madhouse Loser's Bracket: Invaders 16💥

The invasion has begun with week 2 of Meta Madhouse!

The first round of Winners for the Darkseid Invaders have been selected, which means that we get our next round of Losers!

Who do you think should have dominated in this match-up? 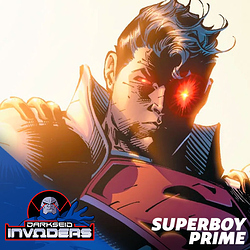 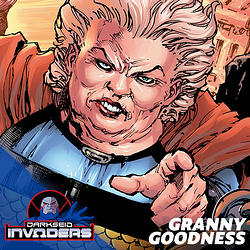 I just have zero respect for GG as anything other than a bully. And since Superman could stand up to Darkseid himself, I’m going with the Prime.

I could’ve sworn regular Superman beat Doomsday a few times. The first and main time when he died. The second is more of a pseudo-, but when he thought Wonder Woman was Doomsday, and a third time, I think he just took Doomsday to another planet and quickly dispatched him so he wouldn’t hurt anyone. If that is true, if regular Superman could beat Doomsday, Superboy Prime- a more powerful, less restricted Superman- should’ve beaten Doomsday.
Also, Superman and Lex Luthor were able to defeat the Anti-Monitor, so the only character who could’ve beaten the Anti-Monitor is Superboy Prime (who I selected to be Darkseid’s champion, as well). Oh well.