Who would be next in line to be Batman?

I just watched the episode of Big Bang Theory where Sheldon tells Stewart that the original Robin, Dick Grayson would be next in line to be Batman (in the event that something happens to Bruce Wayne). Stewart then says he’s wrong because Dick Grayson becomes Nightwing, a superhero in his on right. He says it should be the second Robin, Jason Todd.

His reasoning on why Sheldon is wrong makes him wrong also. Because Jason Todd becomes Red Hood.

All that being said, who would be next in line to be Batman if established superheroes aren’t eligible? Also, who would it be if all characters are eligible? 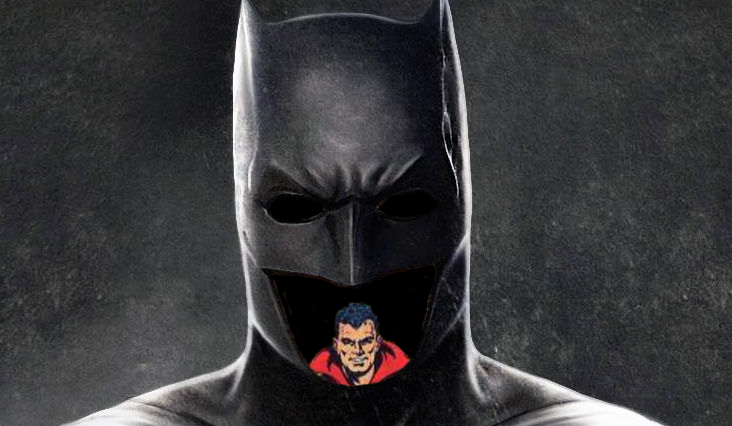 Jim Gordon, Jean Paul Valley, and Dick Grayson have all been next in line.

If established heroes don’t count, then nobody we know of works at all.

But if you mean Robins, Then Damian is the only one interested in it long-term, unfortunately. That said, I’m not sure Bruce would leave his city in the hands of a petty, self-important brat only interested in his own self-aggrandizement.

If we expand it to general sidekicks to take over Batman’s job if not his name, Barbara might be the most qualified. She has solo-hero experience from before she regressed, and she’s up there with Tim for having a fairly balanced mix of fighting abilities, detective skills, and strategy.

In Cassandra Cain’s Batgirl series, she expressed interest in taking over for Bruce, but as much as I like her, a World’s Greatest Detective who can’t read seems kind of problematic. That said, a dynamic duo of her and Tim would probably be the most effective successor for Batman since they cover each other’s weaknesses.

I would have to say that if something happened to Bruce Wayne that he couldn’t continue and established superheroes aren’t eligible, I would pick Terry McGinnis. I know that he is a hero already, but the way he became Batman Beyond was a similar circumstance. Bruce Wayne couldn’t continue so he trained Terry. It seems only fitting that he could drop the “Beyond” and become Batman.

If anyone is eligible, I would say the most deserving it’s Dick Grayson. I understand he doesn’t want it, but I think he deserves the batcowl if Bruce Wayne couldn’t continue.

I mean, this question’s kind of been answered in the canon before.
Grayson’s picked up the cowl a couple times, though reluctantly and with Bruce aware he wanted to make a name for himself outside the Bat’s shadow.
Then you have Battle for the Cowl, where both Todd and Tim donned their own Bat-suits, though neither’s tenure was very long.
Gordon gave it a shot for a while.
[Muffles the speech of whichever person tries to remind people James Tynion IV declared Harper Row the all-awesome ultimate successor, because Row don’t count.]

Considering Grayson became Batman when it appeared to everyone except Tim that Bruce was dead-dead, and he’s got the most experience, he’s the more logical candidate. Though I dig BatJamags’ suggestion of Tim and Cass working together to fill the role. Just not the Orphan version, naturally.

One of Bruce Wayne’s clones.

This might just be me, but I almost hope no version of Robin takes up the Batman cowl.

I just feel that every character we’ve seen in the red and green has struggled to some extent with forming a sense of identity outside of the shadow of Bruce. Some more than others, but I think that a key step in a Robin growing up will be stepping away from the mantle.

Personally, I think that’s what Bruce prefers. I’m not sure he wants any of his children to become like him.

In terms of who is the best fit for this…Tim Drake. Even though the other Robins are more suitable to rival Batman as combatants Tim is the only one that has the necessary intellect and skills that are comparable to Bruce in terms of engineering, analysis, and as a tactician (even though Damien has shown capable of this). I would not see him doing it though. He actually likes being Robin and has too much respect for Bruce to ever be Batman 2.0.

Last time I seen this question my answer is that Dick, Jason, and Tim take turns in the cowl trying to teach Damian what it takes to be Batman. I think that is still the answer, but like @Batjamags I think that circle grows to include Barbara, Cassandra, and maybe Kate.

Dick or Tim would take over. At least until Damian becomes old enough.

It seems likely for Damian but I think it should be Terry Mcgiuness (probably spelt that wrong) to take the mantle. He isn’t an established hero and has taken the mantle already.

There is no heir to the mantle. There is only Batman!

…and the Lazarus Pit.

He just needs to put some Wayne Tech or Pharmaceutical behind it and work out the kinks.

The answer is no one, there’s only one Batman, hes irreplaceable

I joke around a lot on these threads but seriously it would be one of Bruce’s clones. Have y’all read metal and Last Knight on Earth?

I have to go with Terry McGinnis. Being the successor to Bruce is his thing

My vote is for Cassandra Cain. She gets Bruce’s mission in a deeper way than I think any of the Robins do. Each apprentice has Batman-like attributes that make them excellent heroes in their own right, but Cassandra has the whole package to be the next proper Bat.