5 vs 5 Hero vs Villains match who wins ?

Battle takes place on Mongul’s Warworld and is a battle to death. Who wins ? 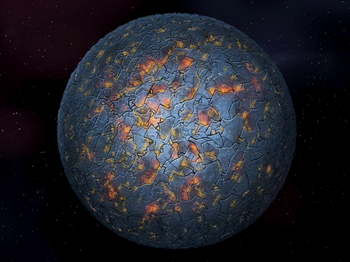 It’ll come down to Wonder Woman VS. Talia. Edge WW.

Shiva would beat Katana, even though they are both good. Shiva is still the best. Out of Faora vs WW? I think Wonder Woman might come out on top. Could go either way though. Mera would definitely beat Siren. I think Vixen would probably beat Cheetah, especially if WW is on the team. Babs is good. But she isn’t a trained assassin. Unless Bruce trained her to fight people like Talia. Then Babs would probably come out the victor. So four out of five, I’d say the good girls win.

Team Two has a Kryptonian. That’s a massive advantage right there. Shiva is also worth both of Team One’s non-meta members combined. Team Two probably wins unless Team One goes in with an iron-clad strategy.

@BatJamags Shiva beats Katanna and Talia beats Batgirl but Vixen I say would beat Cheetah and Wonder Woman has beaten both Zod and Faora together in the comics also Mera would beat Siren. Team one wins for me but it would be a hell of a battle because depending on how quick Shiva defeats Katanna and Talia beats Batgirl you could have a 2 on 1 situation or even a 3 on 1 one situation for Vixen but then again I think Mera would defeat Siren pretty quickly so you could have a 3 on 2 situation with Mera and Vixen vs Talia, Shiva and Cheetah. The longest battle would be Wonder Woman vs Faora as they are the power houses in the team and can take more damage and not to mention they can fly so it’s harder for other members to interrupt. The overall fight would defo be a great and tough one though

Usually I like to go with villains bit this time I think Heroes have it.

Depends if faora has her powers like she does on earth.

Regardless if Fiora has powers or not…do you not know how fast Mera can siphon the water out of a standing up-right healthy body? She is ridiculously underrated and overlooked. She’ll let the rest of the team go front line and stand back turning everyone in team 2 to a dehydrated prune. Then, let the fight begin…Team 1.