Who Was Your Favorite? 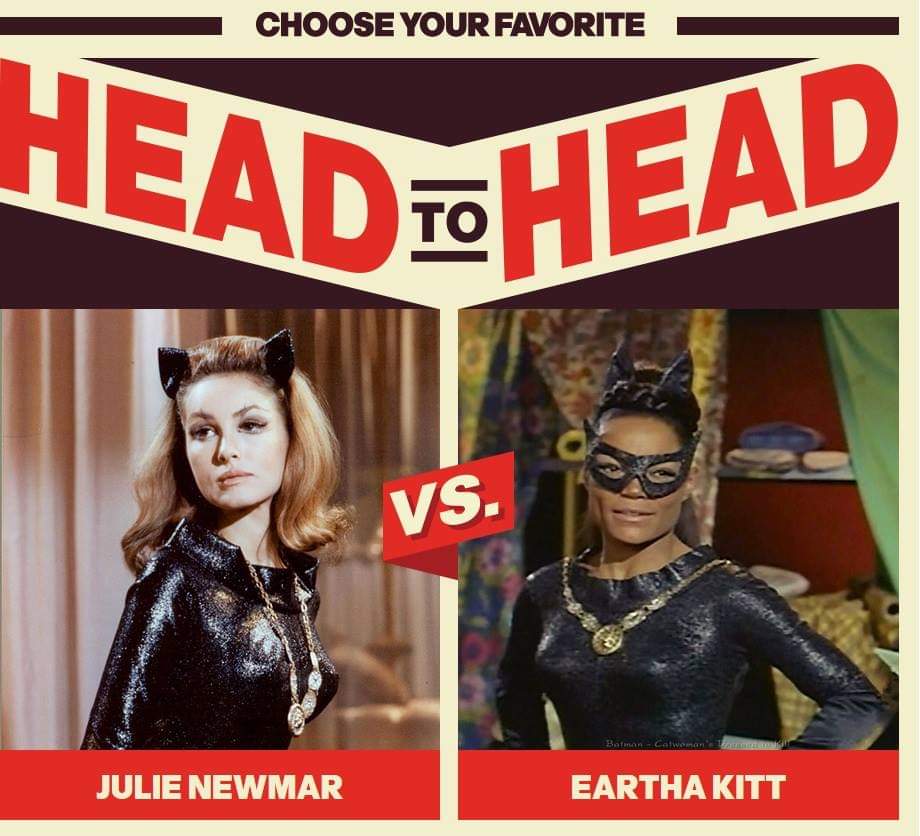 I really liked both of them.

I love Eartha Kitt as a singer and actress.

However, it’s Julie all the way, everyday. She is still the platinum standard which nobody has ever come close to. (even given the censorship around women’s roles in the 60’s.)

Dozier even said in an interview that the only episodes they ever had real trouble getting past the censors were Julie’s Catwoman episodes.

Julie. She, and Rebirth, are my two favorite incarnations of Catwoman

I loved all three of them; don’t forget Lee Meriwether, she was great in the movie.

And since it’s Batman '66, got to give honorable mention to Yvonne Craig (weather she was in purple or green she rocked, too.

Eartha Kitt. It’s in her name, for crying out loud!

I gotta go with Lee Meriweather, cause I met her back in 2006 and she was so nice. I think she did a great job playing Catwoman who was a lot more meaner in the movie!

Like you @Reaganfan78, I had the chance to meet Lee Meriweather. I met her at a comic-con. Still have her autograph picture, which is from her time on All My Children. She is forever my Catwoman with Eartha and Julie tying for second place for different reasons. Eartha for her voice and Julie for the sheer beauty she brought to the role.

I give Dozier and crew big props for casting Eartha Kitt when Julie couldn’t do season 3.

Casting a major character with a black female artist just wasn’t done much , if at all, in the 60’s

Second casting Eartha Kitt as a replacement for Julie Newmar was a great idea. Physically they. are very different. It was looking for the opposite of Julie Newmar. Height, build, and voice and add to that the difference in race as well.

This really allowed EK to shine in the role.
It would have been tempting to get another “tall, well built white woman” to fill that role. But that just would have been a second rate JM. So they decided to take a much better and more radical path by using EK. It was a master stoke of recasting such an iconic character. 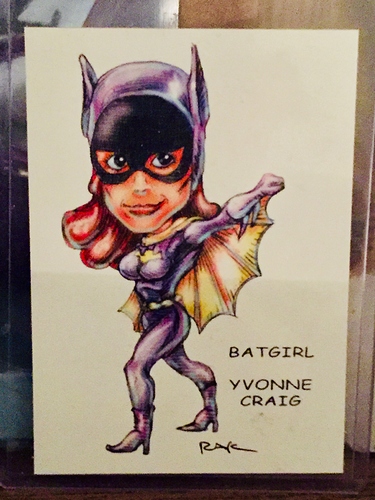 No knock against Ertha Kitt, but Julie all the way

My 60s Catwoman is Lee Meriweather.

So, I rewatched the movie, and turns out, I am an idiot. I bled her and Julie together, thinking that Lee was Newmar. Wow. I feel dumb.
So, now I have to go with Julie and Lee.

That’s ok, you were honestly talking about the tv show, Lee Meriweather didn’t play Catwoman on there, I just added the movie comment, but just for the TV, I would go with Julie Newmar.

She was good in the movie.

eartha kitt. she was so naturally feline.

Happy to see all 3 60’s catwomen getting a little

I would imaging Mxy, that you were far younger the last (first) time you watched the movie and were more into the Biff Pow of Batman than the beauty of talented actresses at the time.
But then again . . . the way you currently ignore your super hot wife in the 5th dimension (as discussed on another thread) . . . maybe Desade is not wrong about your preferred interests.