Who Was a Better Bruce Wayne/Batman?

Val Kilmer all the way, I think he did a great job as both Bruce Wayne and Batman.

They both deserved better movies, and if they had gotten that, they would be in the conversation with Bale, Affleck, and Keaton. 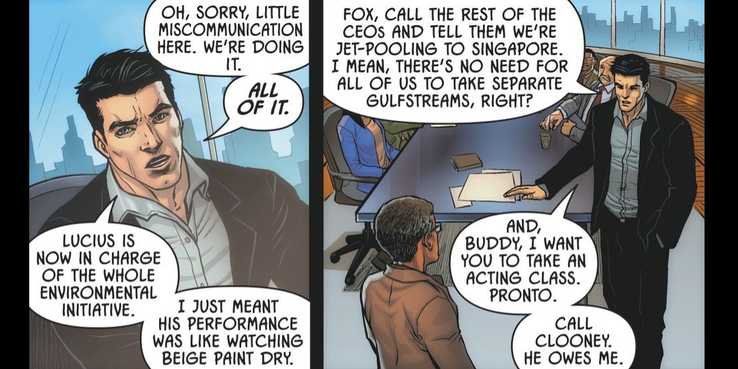 This is like choosing between a colonoscopy and root canal. But I’ll choose Val over George as the lesser of two evils.

George Clooney is Bruce Wayne. He was a great embodiment. However, as Batman, he just played Bruce Wayne running around in a rubber suit that doesn’t let him turn his head. No distinction between the two.
With that said, Val Kilmer, really? Kilmer could have been a good superhero actor (I would cast him as a supervillain but that’s just me), but Batman was not it. Ugh. Ick. No. Bruce/Wayne is smooth and charismatic, not creepy and sociopathic.

I had a blast recently watching Batman Forever 25th Anniversary with some fans here. I have a new respect for it now that I see it as a Dick Sprang/Batman 66 mash-up. Kilmer is a very good Batman. It felt like he spent nearly no screen time as Bruce, but Clooney was Bruce more. It feels uneven and hard to compare the two.

I go Kilmer on this one. Both movies leave a lot to be desired but I thought Kilmer’s Batman was more interesting and better acted. Plus the interactions with Robin seemed a bit more authentic here than in the 4th film.