Who’s Your Favorite Gotham-Based Superhero Outside the Batfamily

Same as the title says.

You mean Waller banning her from going to Gotham was not a scene that spoke to you?

I can’t believe you added she-bat but not Man-bat himself.

Kirk was Batman once, so maybe that disqualifies him.

He’ll be on the villains list, since he was originally a villain, and, even now, has is mostly considered to be a bad guy by most people.

since he was originally a villain

Black Canary was originally a villain. So why is she on the list?

because she is most commonly considered to be and depicted as a hero. Also, that was her mother.

Okay, thanks! Somehow I missed him. My eyes aren’t what they used to be.

Not all of us have your awesome Martian vision.

lmfao it’s all good. In a list of this many characters, it’s hard to find one name. Just thought you should know about his being there.

Love Huntress, Black Canary, and The Question but if I had to pick just one it would be Vic. 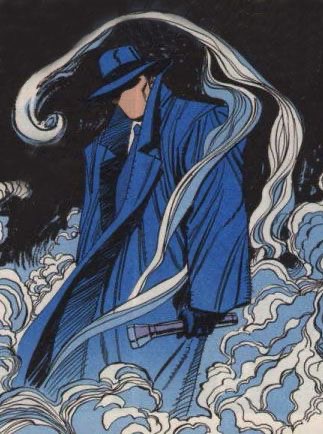 Gotta be Huntress for me.

(Black Canary and The Question were close runner-ups).

As Arthur Korb’s song about him from 1966 goes,

SN: I’d debate the Gotham-based accuracy of some of the above-listed characters, but regardless, Metamorpho will always get my vote because he’s

Glad to see Huntress doing well, though I’m a bit surprised that the Question is doing so well. But good for him! Need more Huntress content, I say!