Who’s Side Are You on In Injustice? Batman or Superman?

I see where they both come from, but I agree with Batman more than I agree with Superman. However, I think Batman should have killed Joker a long time ago.

Call me crazy, but I’m generally not a fan of fascist, totalitarian regimes, so…

I just want to know why the Big Belly Burger in Israel serves cheeseburgers. That’s nuts.

I don’t know who the weak-willed, cowardly man wearing the Superman costume in Injustice is, but I know he’s sure as Hell not Superman.

And I see Joker’s continued wellbeing more as a failure of the American justice system than a failure of Batman.

All is right with the world.

What surprised me most about injustice was it was Wonder Woman who led Clark down the path he went down.

This scene summarized it for me: 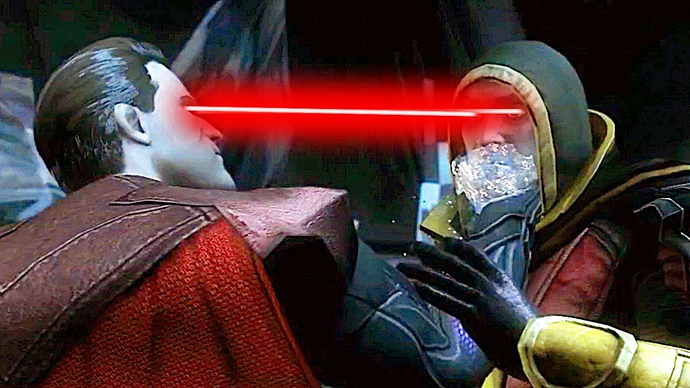