Return with me to the days of Disco, Gas Shortages, High Inflation and the best thing to come out of the 1970s Treasury Editions. Over the next few weeks I will be posting photos of my Treasury Editions that survived the great purge of my mother’s basement.

Please join in with your pictures and reminisces of this unique comic format. 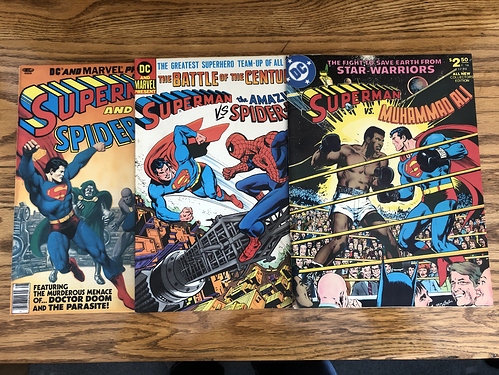 A treasury edition of Shazam! stories was the first comic I ever read. My dad gave it to me when I was 3. I’ve loved comics ever since. 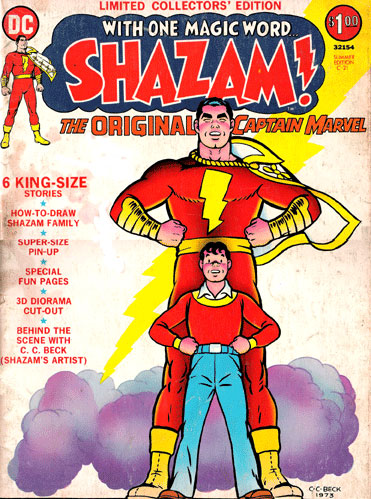 That’s a lot of entertainment for a dollar!

This book is magnificent.

Weren’t they the best! Upstairs I have Spiderman v. Superman and the follow-up, both Legion editions, Superman v Wonder Woman and my favorite Superman v. Captain Marvel.

@wvp Stay tuned, I’ll be posting those and more!

I had a couple of the supersized 1st editions of Action Comics and Batman 's 1st appearance. I thought I was a top tier comic collector!

I flipped out when the Shazam! movie ended with a take on the first scene in this collection, where Sivana tries to break through a cell using an equation.

A fantastic story showing Superman’s heart and brains to save the day. Featuring Muhammad Ali, one of the greatest athletes of all time and one of the biggest celebrities / superstars of the 1970s. Neal Adams nails the look and personality of Ali. If you were alive back then you appreciated the spot on depiction.

Published in 1978, notice the subtle Star Wars reference on the cover “The fight to save earth from STAR-WARRIORS” as the country was caught up in Star Wars Mania. A comic that was so good I doubled dipped and repurchased it in a Hard Cover facsimile edition. Fifteen year old Travis read it over and over again amazed at Neal’s art. What were your memories? 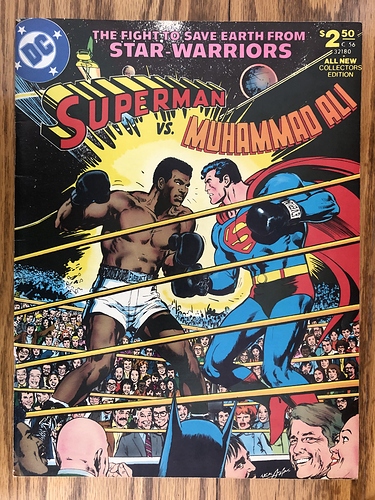 I was always drawn to the Shazam Characters as a wee one, but really didn’t love the book at first-- these beautiful reprint collections changed that. Forever. 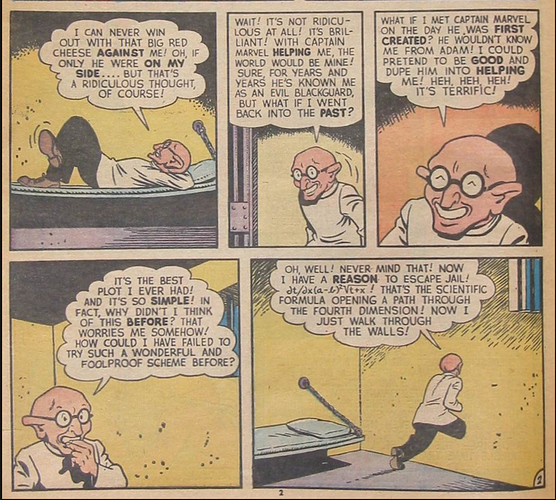 I believe this was my first collector’s edition— 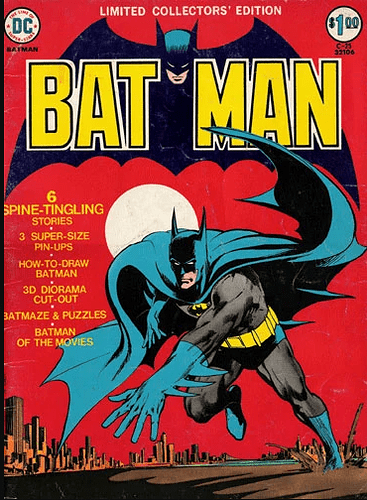 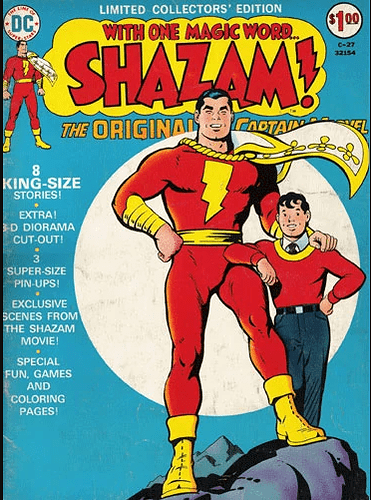 And the greatest Holiday collection ever– 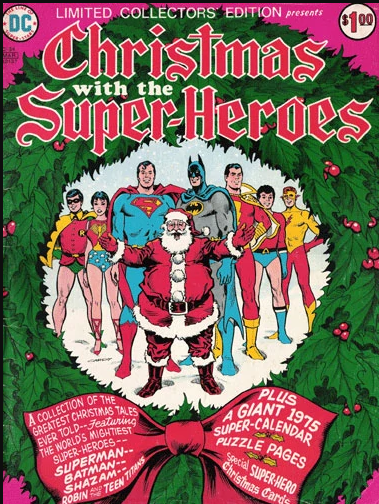 These books invested or maybe just solidified a love of comics/sequential art story telling in the reader. There is nothing like them doing that now,

This one was found in a Mom and Pop rest stop in the deep south. 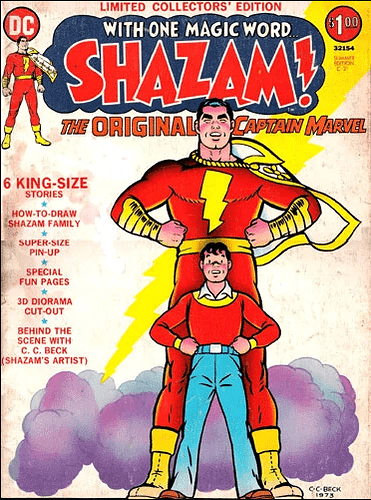 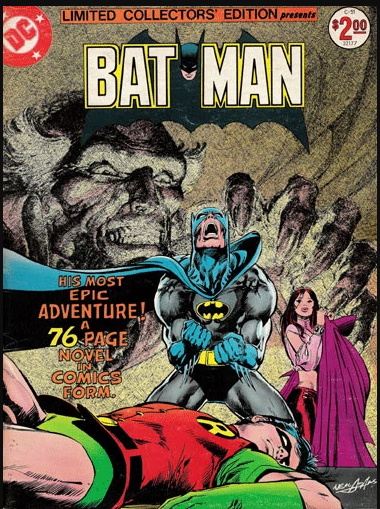 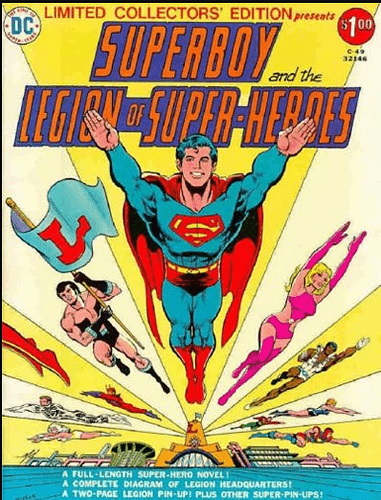 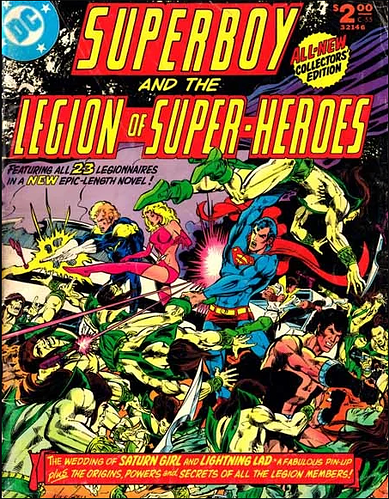 Off the top of my head, these are the ones I have…

EDIT:
OH! After looking at the previous post, I realize I also have one of those Legion of Super-Heroes Treasury Editions. I have the one where the Legionnaires are all flying toward the camera. It reprints a bunch of Silver Age Mordru stories. 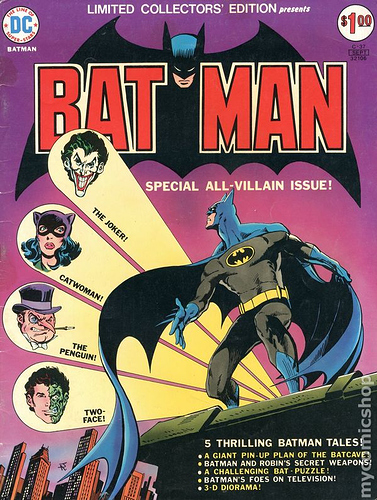 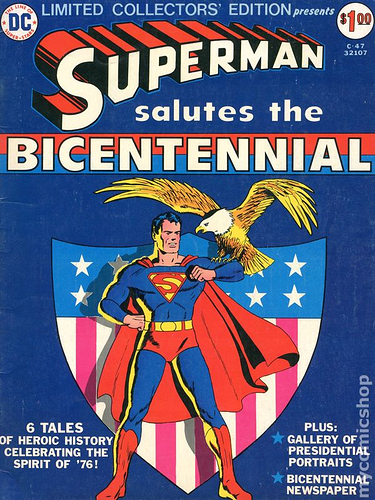 I definitely had the Batman edition.

Like I mentioned before, that Superman Salutes the Bicentennial doesn’t even have Superman stories inside, so it is kind of a bait and switch. Once you get past that initial disappointment, though, the Tomahawk stories are pretty fun to read.

Also, years later, when Rick Veitch used Tomahawk in his Swamp Thing run, it helped that having read this treasury edition, I knew who Tomahawk was. 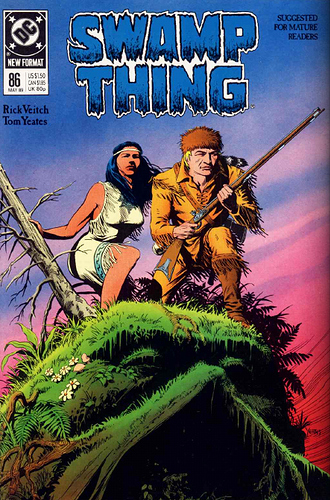 Next up Superman vs, Spider-man. 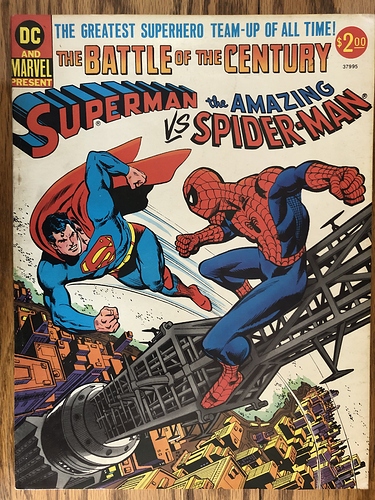 Bookmarked for tomorrow. I don’t want to wake my wife up rummaging through my room looking for Treasury Editions at 10:55 pm ET. The only ones I have downstairs here are two Marvel Wizard of Oz Treasury editions and one IDW Oz Treasury Edition.

I do not remember treasury editions. Pray tell, what is the value in such things?

I have the Superfriends one that reprints a bunch of Justice League stories, the Flash vs Superman race one, Spider-man vs Superman, and the Legion wedding one.