Who remembers The Zeta Project?

As a kid I loved the Zeta Project. Who else does? And who thinks it deserves a season 3? 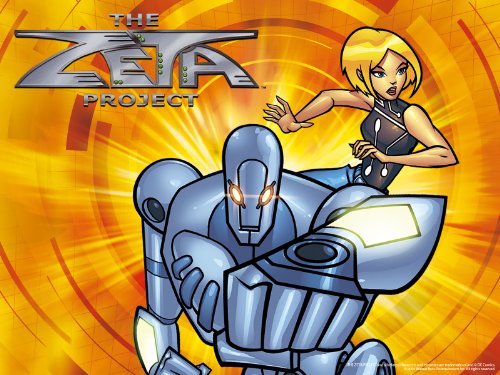 I watched a teensy bit of it when it was on Kid’s WB. It was fine.

A third season? No. There are other shows more deserving at this point.

You know, I wouldn’t mind a 30-60 minute special that wrapped up the story, maybe featuring Batman Beyond as well. But not a whole season.

Such an underrated gem. The show had alot of heart, I wish it would’ve succeeded. There’s an older Zeta Project topic where many of us petition the DCU higher ups to add the show on here. On that note, a third season would be fantastic, sadly however, I don’t see it ever happening.

I would be for TZP coming to DCU. Especially if it got an HD remaster (only after STAS and BB though), but SD is fine too.

I believe that a resurrection/continuation of Justice League Unlimited can happen here at DCU one day. If that ever happens throw Zee and Ro into the mix regularly. This would be so cool for so many different reasons.

Haha, funny thing…I tried to rewatch this as a 30 year old man now… yea…doesn’t hold up as I thought it would…Nostalgia does funny things… It is a good series in premise though… And I’m surprised it didn’t work for me anymore, cause I can still watch Batman Beyond and love it.

I never saw it but just for completist sake would be nice if it was on here, since the other DC Animated Universe shows are all on here.