Who is Your Favorite Native American/North American Indigenous DC Character? 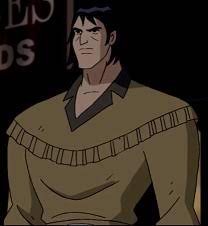 Ohiyesa, called by white people “Pow Wow Smith,” is the first Native American DC Comics character I ever encountered and the first Native American character besides Marvel’s Red Wolf I ever saw in comic books. I always thought he was way cool. At a time when Natives were still being portrayed as primitives. Ohiyesha was a master detective and a skilled combatant. I would gladly read a new series devoted to him (although I would suggest they would call him “Ohiyesa” rather than Pow Wow). 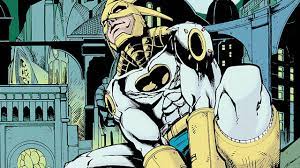 I’ve always been fascinated by the Aztecs, so naturally Aztek would appeal to me. They really don’t get much cooler than Aztek. 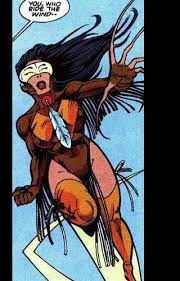 Wenonah Littlebird, better known as Owlwoman, is Cherokee like I am. What is more, she is based to a degree on Cherokee culture. Screech owls were counted as omens of things to come. Cherokee scouts used owl calls to communicate with each other. Owls also play a large role in several Cherokee myths.

Owlwoman’s got my eye, personally. 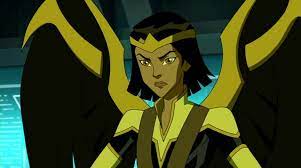 She was really great in the underrated JLA Adventures: Trapped in Time animated film.

I really, really like Man-of-Bats from Batman Inc vol 1. A man of integrity and intelligence who works to make the world better.

I’ll second Dawnstar. I loved that film as well.

I wrote an article on this a couple years ago:

Does Owlwoman have anything to do with Owlman?

She does not! Rather, she’s named after the actual Owl Woman, Princess of the Cheyenne Nation in the 19th century. In her day, the historical Owl Woman was seen as a proponent of European-American and Native-American collaboration, and peace between peoples.

Not a DC character, but mine would be Mirage.

@HubCityQuestion is Dawnstar an Indigenous or Native. American?

Welcome to the family

Hi @levillar.59409, welcome to the Community, and thank you for sharing your feeling about this. I definitely agree that it’s an important discussion to have. Please let us know if we can ever help you with anything!

I actually posted the exact same statement, almost verbatim, a few months ago. I completely agree with u…

Welcome to the community! I fully agree that Indigenous people should be represented more in the media. It is a rare thing that I see anyone who looks quite like me in a TV show or movie.

I appreciated that Suicide Squad had Slipknots’ ethnicity as Native American & casted to Adam Beech (whom I love as an actor & person) but, they killed him off instantly? I was disappointed, I love that character & rarely see him…

Ok. I was pretty sure I read that in all the LOSH & Legionaires. But, I’ve read so many that it’s all jumbled together & I forgot…

I didn’t care too much for them killing him off almost immediately! For one thing, Natives are so rarely seen in movies that it doesn’t seem right to kill one off so quick. For another, I’ve been a fan of Adam Beach since Smoke Signals.