Who is your favorite bat villain and why 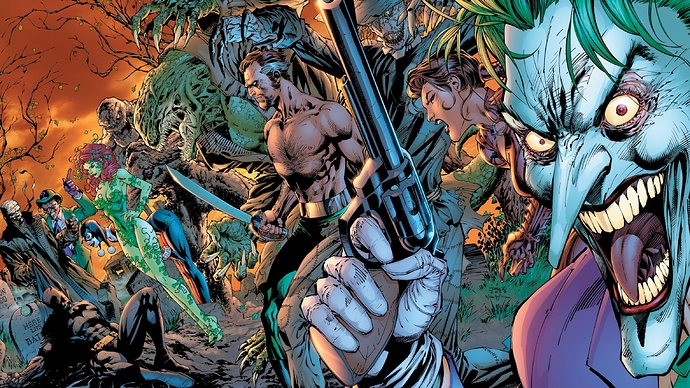 Mr Freeeeeze. He’s not evil. He’s just desperate to save his wife and he’s uncompromising when it comes to how to do it. It’s exciting every time you see him because he has a new suit, new gun, and new henchmen (how did he get polar bears that one time?)

I swear they make his wife even hotter on purpose every time he comes back to reinforce his suffering blue balls.

He’s the one villain who desperately needs a win but should never be allowed one in order to illustrate the dark poetry of life.

Two-Face. I love that he’s a living dichotomy of good and evil.

I first experienced him via the Untold Legend of The Batman mini-series.

Definitely the joker ever since I read him in the killing joke!

Gotta be Joker, everytime he shows up after not being around for a while, I just have a big smile on my face.

Besides Joker it would be Bane. Ive always preferred the strategic and calculated version over the raging brute that we see when he is used as a side character.

For example his iterations I like are in Knightfall, The Dark Knight Rises, Over the Edge episode( https://youtu.be/MlBuL6wul_w), in Arkham Origins.

For me, this answer changes a bit. I think I used to consider Scarecrow pretty high up there on the list because his ability to influence perception is quite frightening. Right now, though, my favorite would have to be Amanda Waller.

She might not be a villain in the most traditional sense, but she has certainly been a reoccurring antagonist and her actions have led to the creation of villains that Batman and other members of the league have had to put down. Her actions in the creation of Ace, in particular, make her a complex and layered character.

I like that there’s a case to be made that she isn’t a villain because her actions are motivated by a sincere desire to better the world, but there’s also a case to be made that her distrust of Batman and other superheroes has led her to create deadly metahumans that she ultimately can’t control. She’s ultimately responsible for the destruction her projects cause, which easily rivals anything the Joker has done.

Hurling a spiked ball through a concrete wall to slicing top grade titanium cables of Batman’s grappling gun like a tomato against a chef blade. Clayface! Has it all that a great villain needs. So much fun!

Two Face! He has two sides. Just like Batman and Bruce Wayne.