Who is Wallace West? (A.K.A. Why Are There Two Wally Wests?) 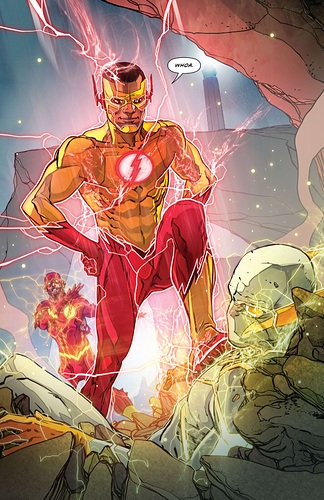 It’s one of the most commonly asked questions with new Flash fans—why are there two Wally Wests? In honor of Black History Month, we explain how the newest Kid Flash came to be…and the unique bond he shares with the older Wally.

The Flash is a legacy hero, going all the way back to the Golden Age of comic books and racing through significant points of history in the superhero genre. From Jay Garrick in 1941 to the introduction of Barry Allen fifteen years later, signaling the birth of the Silver Age, to Kid Flash inheriting the mantle of his mentor in 1986 after Crisis on Infinite Earths , the role of the Flash has been passed down for generations, embodying a history of heroism featuring multiple characters as the Scarlet Speedster.

But currently there are two Wally Wests. How did that happen?

To find out just how this situation came to be, head over to DC Comics!

Did you know why there are two Wally Wests already? Let us know in the comments below!