Who Is the Better Blue Beetle?

This is my first poll and I want to see how it goes.

We all know who Blue Beetle is but I want to see by your choice who is the better Blue Beetle?

Is it Jamie Reyes or Ted Kord? 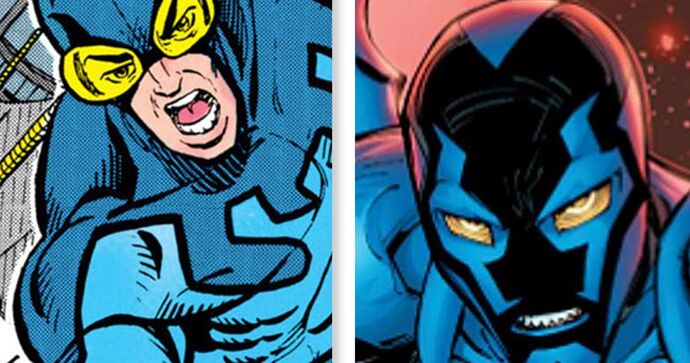 Why were so many golden aged heroes named Ted?

why is that so true lol

This was so tough wtf. Great poll! I personally just liked Ted Kord slightly more especially due to the storyline with Booster Gold

look, I love JLI, and ted’s dynamic with booster and everybody, but Jaime edges him out

Why is Jaime winning??? Come on people make this right!

The world may never know how many people voted for Jaime, or Ted for that matter, because they went to vote for the other one and their FREAKING FINGER SLIPPED. This is the second poll to do this to me in a span of five minutes and I’m really kind of upset about it!

(EDIT: Turns out you CAN change your vote! Wish I had known how yesterday! )

So let me say, definitively and truly: I love Jaime, but I like Ted even more.

This is like asking me to choose a favorite child.

But it’s definitely Ted. I’m just saying I do feel a little bad about not picking Jaime.

My favorite is the one from The Electric Company, but from the choices I have to go for Jaime. His first series was really good.

One detail of Blue Beetle history that doesn’t get enough mainstream attention is that the Fox Comics and Charlton Comics versions of Dan Garret(t) are radically different from each other. The Golden Age Dan Garret with one T, published by Fox Comics, was a normal man (and iirc a beat cop) given enhanced strength by “Vitamin 2X” (not unlike Hourman I suppose). He later had a sidekick named Sparky. The Fox Beetle had a radio programme at one point, and he’s pretty clearly Alan Moore’s inspiration for Hollis Mason.

Later, Charlton’s Silver Age Dan Garrett with two Ts, was an archaeologist whose magic scarab would give him powers when he said “Kaji Dha,” and it is this character who went to college with Ted Kord, and whose magic scarab was somewhat aggressively retconned into the alien tech that Jaime Reyes would bond with.

In my opinion, Garrett is so different from Garret that they might as well be different characters like Alan Scott and Hal Jordan, but because of their nearly identical names (and I suppose the fact that DC only owned the Charlton version? Is that right?) there’s been a tendency within DC books to treat the archaeologist as the Original Beetle when… he wasn’t! Wikis and fan websites devoted to Blue Beetle specifically tend to pay this distinction more attention, but I don’t know if DC books themselves ever have.

I do believe the Fox version appeared recently in Bug!, but it’d be nice to see him differentiated from the Charlton versions somehow, like perhaps they’re distant cousins, or the archaeologist was the policeman’s nephew or something.

None of that has much bearing on Kord vs Reyes, but screw it, it’s a DC thread about Blue Beetle, when else will I get to go off about this, haha!

I will say, I never heard of the Electric Company version 'til now; that’s pretty wild!

I will say, I never heard of the Electric Company version 'til now; that’s pretty wild! 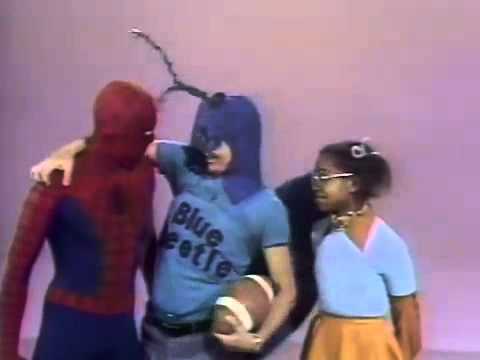 Fun! Do you happen to know if Charlton had to sign off on this or anything? I guess the difference between their Beetle and EC’s Beetle is pretty vast but you’d think there’d at least be a trademark at issue or something.

I always thought that Ted Kord, at least by Ditko, was basically an older Peter Parker who had his act together. He was a scientist, a bug themed hero with a prominent sense of humor, big eyes coverings, and Ditko often drew him in similar acrobatic poses to Spidey during fight scenes. So with all that in mind, it’s interesting that the Bumbling Blue Beetle of Electric Company shared the screen with the real Blue Beetle’s forebear!

Every Blue Beetle is wonderful in their own way

Dan Garrett is the ORIGINAL, the ICON, and someone I DEFINITELY knew the name of without asking Ted

Ted Kord was, if you ask me, the man who put Double B on the map! He made the role his own, and became the DEFINITIVE superhero of his generation, and, of course, he’s 1/2 of the most iconic dynamic duo of all time! More importantly, he’s my best buddy, my #1 homeslice, my primo amigo, and, above all, my business partner.

And of course, Jaimie’s a good kid, and Ted and I are incredibly proud of him and how well he’s growing into his own as a Blue Beetle