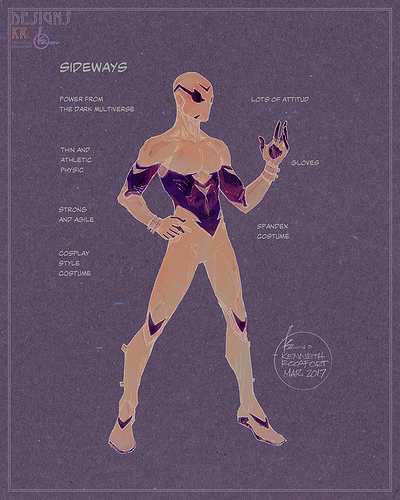 I would add a feature like there upper limits

I love The Terrifics, and Silencer was cool.

I haven’t read Terrifics, but I really want to. I have, however, read (and enjoyed with some reservations) Sideways. The Kenneth Rocafort art is good as always, and it’s Spider-Man-y in a good way.

I’ve read a good chunk of Sideways and The Terrifics, with a little bit of The Silencer. Pretty good stuff.

Silencer is great! I liked Immortal Men and Damage. Even Brimstone was a pretty good read. Some of them seemed to end a little soon but hope to see some appearances in other DC titles.

I’ve read Sideways and The Terrifics courtesy of the Walmart 100-Page Giants. Both books are decent enough. Sideways is obviously going for the Spider-Man readership. I enjoyed the issue where he teamed up with Grant Morrison’s New 52 Superman. And as for the Terrifics, any team with both Mister Terrific and Metamorpho on the roster can’t be bad, though Plastic Man is bordering on too obnoxious.

I’ve read all of them except for The Curse of Brimstone. From what I’ve flipped through of it, Philip Tan’s art is just blobby, smeary and gives the appearance of being rushed.

My favorites are The Immortal Men and The Terrifics. New Challengers was fun too.