Who got you hooked on DC?

In case that’s confusing, here is what I mean. As a young kid, my favorite hero was Batman. I loved his style, his dark tone, and the villains were awesome. Later on, I used him as a sort of launching point to get to know a whole bunch of other characters. From him, I went on to learn more about other like Wonder Woman, Shazam, John Constantine, etc. So, while my favorite character right now is Swamp Thing, it was Batman that introduced me to this universe, and is still one of my favorite characters.

Adam West and the crew of Super-Friends were my gateway drug.

My dad would let me watch 89 Batman when I was like 3. From then on, I would walk around the house gravelly whispering “I’m Batman.”

The Barry Allen Flash and LoHS. The latter was so much more interesting stories, IMO, than JLA at the time and Barry, much more so than Superman, was the epitome of a true selfless hero. IMO. And I loved the reemergence of the Golden Age of Earth two. It was such a cool way to get to know an entire generation of heroes who’s books were hard to find or way to expensive to buy. There weren’t trades and omnibuses in that era. Then who’s who and what’s what. An encyclopedia of DC characters. Really made me appreciate the breath that DC had over Marvel at the time.

Their costumes looked like they didnt belong together unlike xmen or fantastic four.

They werent friends except for Hal and Barry and Bruce and Clark who seldom appeared in the early years.

So i wanted them to be my friends since i didnt have any being a big awkward fat kid with glasses. And so it went for decades.

I graduated from Sad Sack and the Casper line (age showing) to superhero books. I remember reading Iron Man very young but for whatever reason it was Batman and Superman that I was fascinated with. Maybe I was influenced by reruns of their 1950s and 60s series, but it was always a deep connection with DC and mild interest in Marvel for me.

I always enjoyed Batman, but I wasn’t a fan until 2009 when I first picked up Batman: Arkham Asylum. The game was jam-packed with so much Batman lore that I became fascinated by the character and started reading comics, then that fascination trickled into the rest of the dcu.

So before I knew who batman,superman were. But when i was in the 5th grade I got really sick, which gave me free time. Idk how or why but I ended up watching batman arkham asylum and city. I was really intrested in the characters. Then thats when arkham knight was getting ready to come out. Then a while later i picked up my first comic book. Then I was really hooked. This also inspired me to draw comic characters i really enjoy drawing superheroes and reading stories. I LOVE DC!!!

I was born in the mid 70s, so I got a front row seat for the Superman phenomenon the Richard Donner movie brought about. My grandmother grew up in the 30s and 40s so she was part of that initial wave of Superman fandom. She definitely encouraged my love for the character. All these years later and I’m still a rabid Superman fan. He’s the first and greatest superhero of them all and I’ll go to my grave believing that.

Superman when I was little. Red hood, Tim Drake, Wally west and Batman are my main favorites right now

Born in 89, Dad was a huge Trek and Comic nerd. Batman 1 & 2 along with death of Superman where my first introductions to this awesome Universe !!

Superman. Read a lot of Batman too when I was a kid, but Superman was one of my first comic that made me mow lawns so I could go to the comic book store and buy past issues. To this day, I still read his books. I just wish WB could figure out what the heck they’re doing with his movie franchise.

In the 80’s Super Friends was the premiere superhero show on TV followed by the Super Powers toy line. Loved both Superman and Batman but Robin was always my favorite. Growing up I found my love for the comic book medium through reading back issues of the Legion of Superheroes. I still love all those characters today, but i’m currently into the horror comics of the bronze age, so i’m currently taking a break from superheroes. 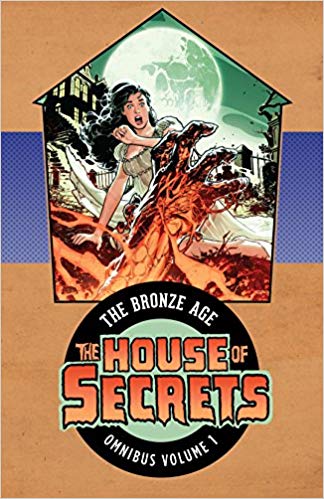 The Spectre
When I was old enough to walk to the corner store I bought my first Spectre comic. I would be in there once a week to check if the latest edition was in. The owner got so tired of me always asking for the comic book that he told me he would call my mom as soon as the new edition came in. One of the earliest anti-heroes, I liked he brought vengeance to evil doers and was a founding member of The Justice League. Not sure about the whole Hal Jordan stint. IMO he is the most powerful superhero in the DCU. The Spectre is a God.

The character that got me into DC comics originally was Donna Troy in appearances in Wonder Woman. The story involving her being a mirror twin image of Diana that has been forced to relive lives over and over. My father bought those comics for me and I remember reading them. I was obsessed with Wonder Woman after that, but it was through Donna that I started enjoying her title.

As I have started reading various titles as an adult my favorite characters have changed from time to time. I love Manhunter (Kate) and Princess Amethyst (obviously) pretty equally now. Donna, however, has a soft spot in my heart. This is why I have a shelf of various action figures, heroclix, and miniature statues that have been released of her. No other character do I have that much merchandise of.