Who else wants to see Loonatics Unleashed?

I mean technically Looney Tunes is part of the DC Universe. So I sya we kick it off with Loonatics Unleashed and add the Looney Tunes LIBRARY to DC Universe! Everyone chime in with your thoughts lets make this happen! 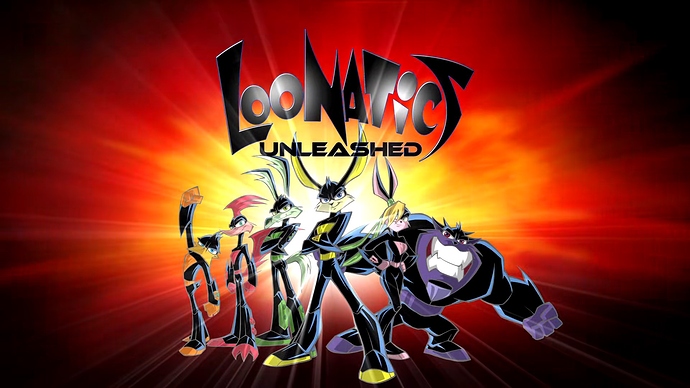 Sure. The entirety of everything Looney Tunes would be great to see on the WB streaming service.

Based on that picture, the show reminds me of the Doom Patrol.

It’s not a very good show IMO. It’s like someone saw the “Itchy and Scratchy and Poochy” episode of The Simosons, didn’t get the satire and jokes in that at all and then applied those aspects to Looney Tunes characters.

I can think of at least a couple dozen other things to put on here before that garbage fire.

The Looney Tunes theatrical shorts and episodes of LT shows that feature DC characters in some way would be neat.

When this idea was first presented, I downloaded a season from Google Play

I had remembered the idea of them having super powers and didn’t have bad memories of the show.

I watched an episode. I hated it. These were descendants of the original characters and none of their characteristics were passed down.

They were mostly angry, not funny.

I don’t regret spending the money, just the time I spent watching it.