Who Do You Think Should Be the Heir To the Bat?

Who do you think should take Batman’s place should he die?
Azrael? Nightwing? Robin? Gordon? Bat-mite?

My personal vote goes to Cass as main protector of Gotham and Damian as Batman.

I want to see Damian as Batman. He has an awesome costume already. I think he looks cool. 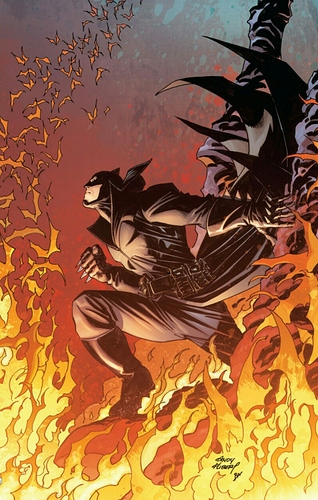 image816×1280 253 KB
Tim looks cool as Savior. I would love to see him become that character. But maybe not so Red Hoodish 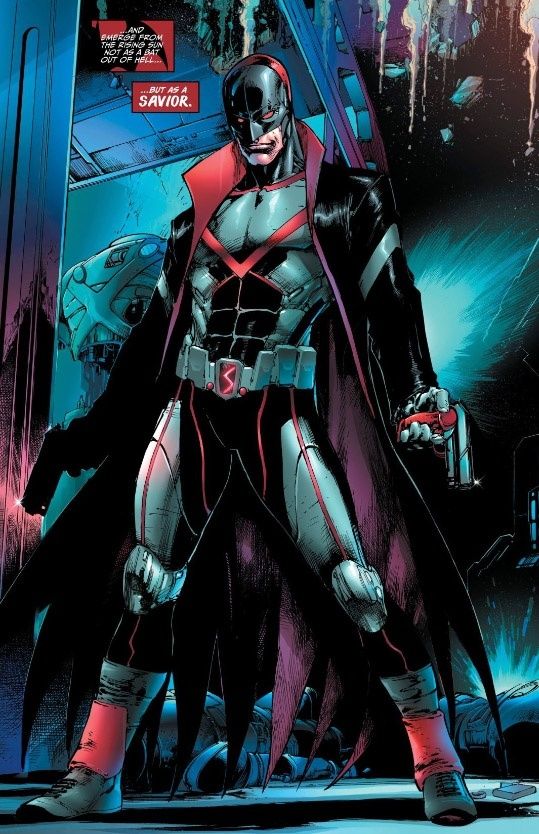 image539×834 103 KB
Jason looks cool as Arkham Knight which would be an awesome older look for him. Maybe even change his name to Red Bat? 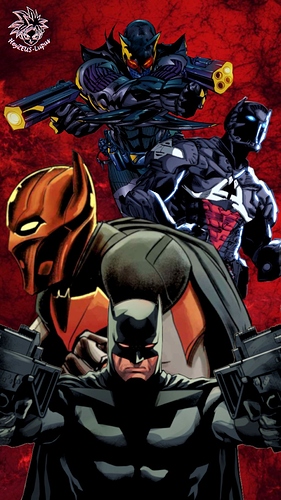 I suppose the safe choice would be Tim Drake. I find Dick to be a fascinating successor to Bruce, but he’s too different from Bruce to satisfy audiences wanting a standard Batman story. If Dick is too nice a person to fill the role permanently, Jason and Damian are too extreme and violent to serve as long-term replacements. Anyone else is so different that it would essentially be a whole new superhero with the same name. Tim has a number of Bruce’s hangups and the detective skills readers expect from Batman. He’s a boring choice, but that’s why he’s the best.

I hate how Adam Glass has been handling Damian. It makes him way to violent. It throws everything Tomasi did under the bus. Damian’s arrogant. But he respects his father. He would be better if people allowed him to grow as a character instead of saying, “Your a murderer and everyone completely hates you for it.” I could see him becoming Batman. But only if he officially gave up on this needless desire to kill. He feels like a Rebellious teen stereotype. Which is kind of Jason’s thing.

Tim would probably be one of the best Batmen. He understands the Batfam. That’s why he knew Batman needed a Robin. Tim gets Batman. It would be cool to see him come into that mantle.

I could see something like the battle for the cowl. But instead it’s each one of the Robins coming together to decide who would be the best Batman.

Tbh damian fits the persona better once hes aged. And Nightwing already was batman for awhile. In my view one or the other gets it. However we also know that Terry McGinnis gets the mantle in the future soooo

I’m starting to think that might be an alternate timeline. But I really like the Beyond storyline. So here’s hoping.

The Batman Beyond series did some things that I strongly believe the main universe characters would not do. I consider it an AU (or at the most one of infinite possible futures, but I’m still going with AU).

As for being Batman, I loved Dick as bats with Damian as Robin! However, for the long term, I think Nightwing is important. Depending when Bruce leaves the role, I think Dick’s proved up to the challenge and would carry the mantel until Damian was ready for it. I guess I don’t really see Tim wanting it either. He’d take it if he had to, but I just don’t see him as Bats for the long haul. He might step in to give Dick a break though. Actually, maybe he and the other ex-Robins could rotate… keep criminals on their toes!

Tim seems like the smartest option but would love to see Damian take over. Wouldn’t want it for Dick. He’d be great but feel that it’s not his path.

I still support a Tim/Cass tag team. They’re both really good at their respective specialties and can synergize with each other well. Also, neither of them is a horrible obnoxious character that shouldn’t exist, which is a leg up over Damian.

Honestly I really want Terry McGinnis to take the mantle in the 5g event, and just in general. I know it’s rumored that Luke Fox, but it just doesn’t feel right. I’m not saying I dislike his character, but Terry is just overall a better fit. If you describe the 5G story it’s almost word for word the plot of Batman Beyond. Batman ages out of his role and retires then passes on his role. I love Terry, and I truly think he’s a better Batman than Bruce. He has the best attributes of each Robin. He’s light hearted like Dick and has fun being a hero. He truly likes being Batman, like Dick likes being Nightwing. He has a dark side like Jason. He’s willing to fight dirty to get the job done(like in Return of the Joker). He analytical like Tim, not rushing in head first. He always uses all of his gadgets, and equipment in unique and clever ways. Finally he has a dark past like Damian. He wasn’t an assassin like Damian, but it’s mentioned in the show that he was juvie. I feel like ever time he puts on the mask he’s trying to make up for his past he’s not fully proud of. He’s truly the best of all them, and better in so many ways. You could say I’m a Terry fanboy lol

I’m not a fan of that idea simply because I want the comic universe to be its own thing and not just tie-in merchandise to the film and television media. I don’t mind some things from the DCAU coming back into the source material, but I don’t want the comics to be nothing more than an adaptation of an adaptation, if that makes sense.

I won’t begrudge you your Batman Beyond comics, though.

That’s actually exactly how I’d describe Tim (Who else could leave me tempted to take Jean-Paul Valley’s side?), but I picked him anyway for commercial reasons.

@AlexanderKnox I get what you mean. I agree that not everything should be copied and pasted from DCAU, but feel like Terry should be exception. The main reason I believe this is because all off the robins are so much more interesting when they strike out on their own. Dick Grayson as Nightwing is one of my all time characters ever because he grew and changed and learned he didn’t have to work in the darkness like Bruce. Jason is a thousand times more interesting as Red Hood instead of robin. I like the idea of him trying to control the underworld instead trying to destroy it. One my favorite series of all time was 2009 Red Robin It was awesome seeing Tim being clever and trying to find Bruce. I also like Super Sons for showing us a more likable Damian. Making Terry the next Batman not only would give him the spotlight he deserves, but allow all the Robins to grow. Give them the chance to be themselves instead of what the mantle wants them to be.
P.S I don’t about you, but I’m still waiting for Tim to get another sole series

Yeah I think it is an AU or a coexistant one to their current timeline. The animated justice league series though definitely took place in the same timeline. So I think its probably a part of the multiverse.

I once wrote a story where Cass, Azrael, and Luke Fox all took over for Batman in their own way. They all went by Batman, but were codenamed Silent Knight, Holy Crusader, and World’s Greatest Inventor.

Actually, maybe he and the other ex-Robins could rotate… keep criminals on their toes!

I like this idea! “Why just one? Why can’t they all be Batman?”

I’ll also throw the earth-2 final replacement Helena (52). But that wouldn’t work for the main earth.

Okay, Commissioner Gordon would be a dope Batman. I’m mostly going by the Gotham TV show for this, but Gordon proved amazingly capable of handling Batman’s rogues gallery. Plus, both characters were played by Ben McKenzie (Gordon in Gotham, Batman in Year 1)

@TheBatmanofNML As a BIG Batman fan, this is the saddest thing for me to think about. I don’t want to ever see anyone be Batman but Bruce Wayne…

That being said, I’ve read about 3 people taking on the role: Damian Wayne, Dick Grayson, and Jim Gordon (in order from best to “worst”). What I find most interesting is that all Batfamily members have a natural inclination - both in instinct and personality. No matter how much they all fight Batman and his actions or behaviors, each member is much like him. Sometimes it seems as though he has “rubbed off on them” and in other cases it seems anyone would make those decisions being in that same position. In spite of working with The Caped Crusader for years, Jim struggled with becoming the city’s hero and had to find another way to embody the persona - unique to him. As painful as it was to read, upon reflection it is a very cool and relatable way to write about his journey.

I’m guessing you’re not a fan of Batman Beyond…