Who do you think is DC's most tragic villain and why?

For me, it’s Mr. Freeze. He does what he does to try and save his wife, Nora. There’s a Batman Animated Series/New Adventures comic that features him mourning her grave I believe, and Batman let’s him before taking him back to Arkham.

I had a talk with a coworker about this and am curious about other opinions.

Ten-Eyed Man. Just imagine what it’s like for him to use the restroom.

This went in a different direction than what I was originally thinking, but yeah. I would call that tragic.

I also found this picture while looking him up: 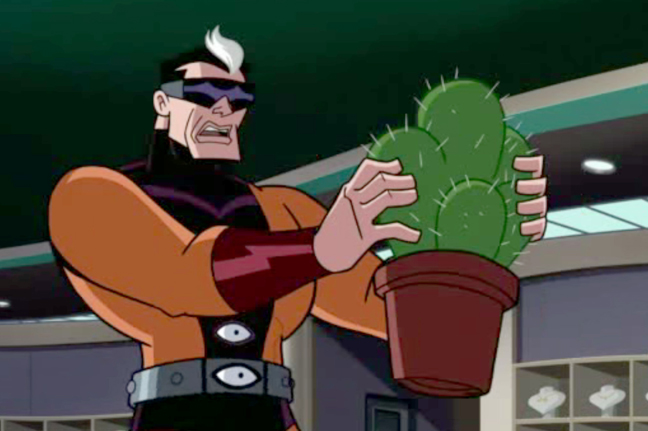 Two-Face springs to mind. As an animal lover, Dex-Starr gets to me.

El Diablo. Accidentally ( for the most part ) burned his family. Hates his powers to the point of refusal to use em’. 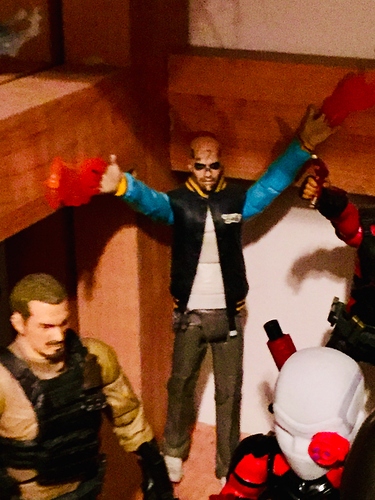 Me Freeze is a poozer!!! Even when he has a chance to be standard human, we see how well he behaves.

The Top died friendless from cancer. Not even the rouges busted open a bank to pop for his medical bills.

I am learning that there are a lot more tragic villains in DC Comics than I first realized.

Max Lord, if only because he was just far more interesting as a kinda-mostly-heroic character.

Very interesting topic, @Nightroia! There are so many tragic stories aligned with the DC villains and I like seeing the different responses to this question.

I think that Clayface is a great candidate for most tragic DC villain.

In Batman: The Animated Series, Matt Hagan had an accident that left him disfigured. He reluctantly agreed to undergo an experiment that would improve his situation, with some serious “side effects”. As he tries the various personas with his new abilities, he loses control of his “powers” and can no longer impersonate himself anymore, effectively becoming a Gotham villain. 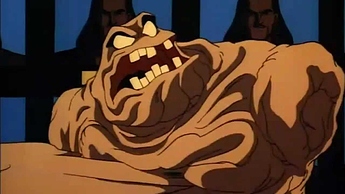 The Batman depicts Clayface stemming from a dangerous interaction between The Joker and Bruce Wayne’s friend, Detective Ethan Bennett. Each time Bennet undergoes the metamorphosis, it cannibalizes his DNA, forcibly denying Bennett from ever having the ability to revert back to any semblance of his former self. Through his journey, vengeance takes over and he also battles Batman as a Gotham villain. 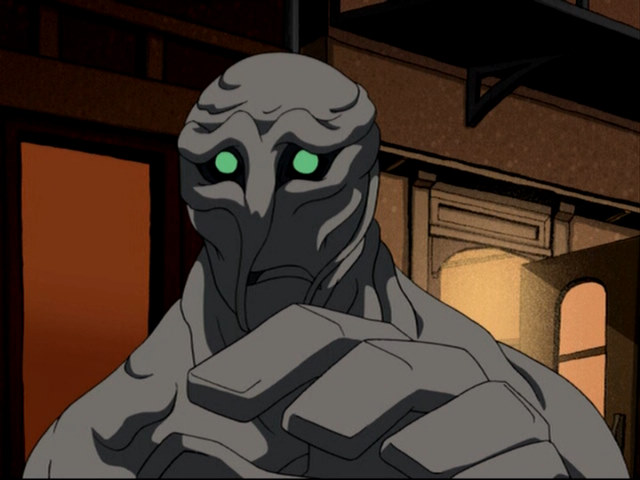 Here is the DCU Encyclopedia “quick description” entry for Clayface: The tragic Clayface is a virtually indestructible shape-shifting monster who’s both threatened Gotham City and served as an ally to Batman.

Interestingly, the Ethan Bennett Clayface is not mentioned as one of the eight unique people to hold the mantle.

@KeyFamily Thank you! I like seeing everyone’s opinions, and I and others get the added bonus of learning backstories for characters we may not know as well.

I would say Clayface, I even made a thread about him!

Clayface: A Man with Thousands Faces Everything DC

[clayface-matt-hagen-batman-the-animated-series-43.4] If Silent film actor Lon Chaney live to see this character, he would think Clayface was based on him. That may be partly true. Clayface I think is one of Batman greatest villains he ever face. Try fighting a guy who’s made out of clay and change his appearance! Ron Pearlman is NOT the first actor to play Clayface, in fact Clayface first appear in The New Adventures of Batman! Not sure who voice him in that one. Batman the animated series d…

Yeah o would agree with Clayface. He just wants to live a life as an actor this happened to him.

Bizarro. All he wants is to be a hero. He’s just confused.

@KeyFamily Thank you! I like seeing everyone’s opinions, and I and others get the added bonus of learning backstories for characters we may not know as well.

I agree, @Nightroia! I’m always finding recommendations based on other community members’ reviews. It’s a great place to discuss and learn!

I’d say Dex-Starr, though i do believe that cats would make great red lanterns, it’s unfortunate that rings don’t improve the users’ intellect at all. Poor kitty cat has to hang out with Atrocitus all day too

I always thought the Preston Peyton version of Clayface was the most tragic.

Not being able to shape shift and having to live inside an exosuit. Then finding out what your “power” is because the first time you touch anyone, which was the girl he loved, she dissolved before his eyes.

I think another good one that I’m surprised hasn’t been posted yet is Harley Quinn. Gaslighted, manipulated and taken advantage of by a cruel sociopath and driven into a path of murder and madness, believing he loves her when he finds her nothing more than a toy to play with when he feels like it.

On a similar note, there’s DC’s most tragic screen death: Bob the Goon.

I must confess, while I can see that point of view, I have to disagree. Even as we saw in HQ animated episode. She jumped into the vat. It ultimately was and is her choice.i think casting her as an unwilling accomplice and victim does her a discredit. I have certainly known people who stayed in really messed up relationships, knowing full well they are messed up. If anything, she is more self aware of her actions than Joker is of his. The Joker can only ever be The Joker, Harley can be either Harley or Harleen, she chooses to be Harley.

I get what you’re saying, but what I was going for was the whole grooming period she went through at Arkham Asylum. I was thinking of the Harleen Black Label series as I wrote that, where Joker saw someone who was isolated and alone and exploited it, making her feel like he was the only one who understood her, and played into her ambition and pride to make her think she can change him.