Who do you hope show up in the crisis on infinite infinite earths crossover?

What characters (or alternate versions of characters) do you hope will show up in crisis on infinite earths? 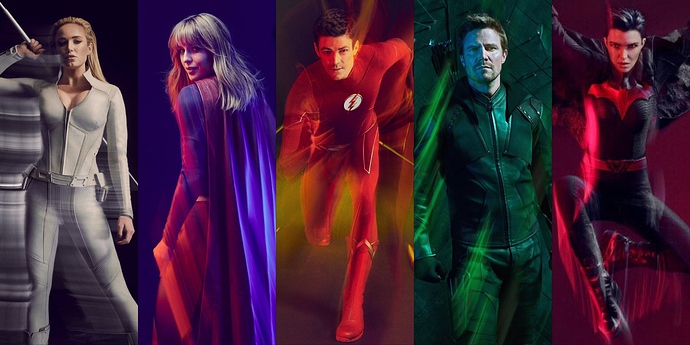 Not going to happen, but Henry Cavill as Superman.

So any secret identities being exposed right now…

It’s possible they could use existing Cavill Superman footage to put that world into the multiverse. I believe WB could legally allow it. Cavill might not like it, but if the contract is such, he’ll get paid whether he wants it used or not.

IF, and it’s s big IF, we might be getting Burt Ward as Robin and Lynda Carter as Wonder Woman as well. (Again these are just rumors) However, it does seem like WB wants to pull out as many stops as possible and show that all (or many) of the shows and movies have taken place in one multiverse. WB/DC is just making it official.

It could put a lot of things “to bed”. The best example being the SnyderVerse existed in one universe but it wasn’t primary canonical continuity.

I’d also love to see at least a reference to a Gotham by Gaslight universe as well.

I’ve heard that theta are going to bring everything from DC to show that all of DC connects there just different multiverses. I’ve heard things from DCEU others old and new and even probably a titan or two from DC universe’s show. With all these people it’s hard to decide. But I hope Batman shows up. He seems the least likely but even if it a tease. They have multiple Superman and I even heard Linda Carter will be returning as Wonder Woman. If they have them get a Batman to have the trinity. Even if he not dress like the bat. I am fine with Bruce.

There are a lot of characters and shows I would like to see confirmed to be a part of The CW’s multiverse.

BUT, the one character I want to see play a role is The Spectre. I know this is a real long shot, but to have him play an important role like in the OG comic event would be epic!

Actually, now that I think about it, Kevin Conroy playing any Batman would be great.

@TornadoSoup how amazing would that be! Hell, he could be an older Bruce Wayne and it would still be fantastic.

They have got to find a way to work Christopher Reeve and George Reeves into this crossover. It doesn’t have to be much: Chris Reeve making that incredible right turn streaking toward Hoover Dam, and how about a patented George Reeves running leap out of his apartment window? And I know in recent days we have seen Burt War and Linda Carter sign on, along with Brandon Routh’s Superman “return”, but can this crossover be complete without Tom Welling and Dean and Teri?

What I want more then anything to see if something along the lines of the sky’s turning red or some kind of minions attacking all the earths at once. And have a montage of as many people as they can at least in quick cuts. If they can’t get the actors then tweak existing footage to fit (think the sky’s turning red or something like that and then characters looking at it they could do). Go all out have Titans, The Doom Patrol, Superboy (either one heck both actors to play Superboy have aged well but if not them use existing footage), the 90’s Swamp Thing, the movie Swamp Thing, Halle Berry;s Catwoman (edited footage no doubt on that one), Dean Cain as Superman, The Birds of Prey, George Reeves as Superman, Christopher Reeves, Shaq’s Steel, hell have fun and throw in iZombie I am not picky, hell if the girl from the Wonder Woman unaired pilot is willing to come back and put on the suit throw in a cameo (or just use footage from the pilot). Probably logistic and legal reasons to doing that, especially the shows/movies Warner doesn’t own the right to. But as close to everyone as they can get in just a brief montage would in and f itself be awesome.

Also would love to see a world with Justice League Detroit assembled. Almost the entire roster of JL Detroit has been adapted in the Arrowverse, and Aquaman and Zatnna were adapted in Superboy (and Aquaman again in the unaried pilot) so that is the one incarnation of the Justice League they concievable could fill out in it’s entirety without having to use movie actors.

Maybe hopefully the spectre in some way shape or form you never know!!

I don’t know how this would fit, but it would be great if Mark Hamil trickster and Mark Hamil Joker could team up.

All I know is that I’m gonna be pissed if after last year’s event, Diggle doesn’t get a GL ring.

I wanna say Impulse but I doubt if we get it