Which Villains Should Be Featured in Doom Patrol?

I think it would be cool if the Doom Patrol could encounter villains from elsewhere in the DC Universe. How about Lex Luthor, The Penguin, Catwoman, or maybe really go all out and get some bad guys from the Adam West Batman series like Egghead, King Tut, etc. I think the inclusion of Dr Cassandra Spellcraft and Cabala would give off a vibe similar to the Beard Hunter episode. What does everyone else think?

I was just thinking this today…

I want to see both the first and second versions of the Brotherhood in Doom Patrol.

Some other non-Doom Patrol villains:

There’s only one Doom Patrol villain they’ve yet to encounter that deserves a live action adaptation. 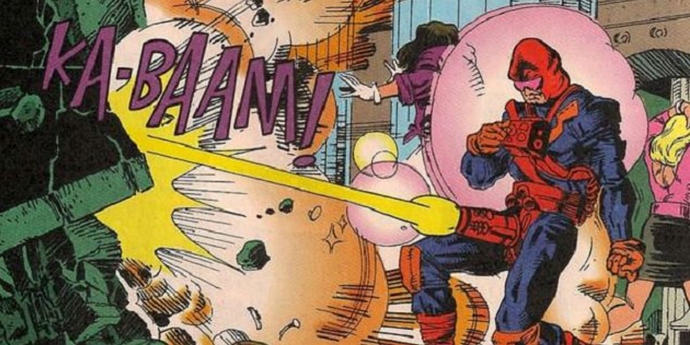 Some other actual Doom Patrol villains, besides the aforementioned Brotherhood…

Garguax, General Immortus, the Brain and Monsieur Mallah, the Men from N.O.W.H.E.R.E., the Scissormen.

I would have eagerly suggested the Brotherhood of Dada, but Morrison’s Mr. Nobody is NOT the show’s Mr. Nobody.

A bit of a shame to me. I really wanted to see Mr. Nobody on Albert Hoffman’s bicycle, sending lysergic vibes into the air.

They should dude no doubt

The ten eyed man is perfect for the doom patrol rogues gallery he wasn’t really used in any of Batman comic book storyline.

Lex luthor naw but that would be interesting,penguin no, Catwoman if she encounter them…she would be weirded out and probably never wanted to encounter them again.

Candlemaker,Brotherhood of Dada,Shrapnel,Brotherhood of evil? Maybe an episode featuring the powers of Animal-Vegetable-Mineral Man?. Also who do you guys think will make the team? Metamorpho,Bumblebee,Vox,Lodestone Negative Woman and/or Rebis? I want to hear your opinions and ideas

Is there going to be another season? The future here is looking poor.

I got a Villain for Doom Patrol season 2 ready for this… how about WB/AT&T as the main villains! They would be absolutely great!

I hope we get an announcement soon on what comes after Stargirl.

With the financial hit they took from Swamp Thing, and now it’s cancellation, I doubt there will be a season two of Doom Patrol or even a season one of Stargirl.

All of this bad press doesn’t make people want to sign up for this App.

The choice regarding Swamp Thing has no impact on our other productions. Speculate away on what villains you think could make the cut on a season 2.

Doom patrol is dull and boring, I am ready for more Titans