Which Batman Movie Villain Couple Is Your Favorite?

Which Batman movie villain couple is your favorite to team up against the Dark Knight? Feel free to include why they were your favorite and what scenes and moments shared between them stood out to you.

*I didn’t include Ras al Ghul and Scarecrow, Joker and Two-Face, or Bane and Catwoman because it didn’t feel as if these were a definitive team up where the planning was cooperative and mutual, but that’s just my opinion. 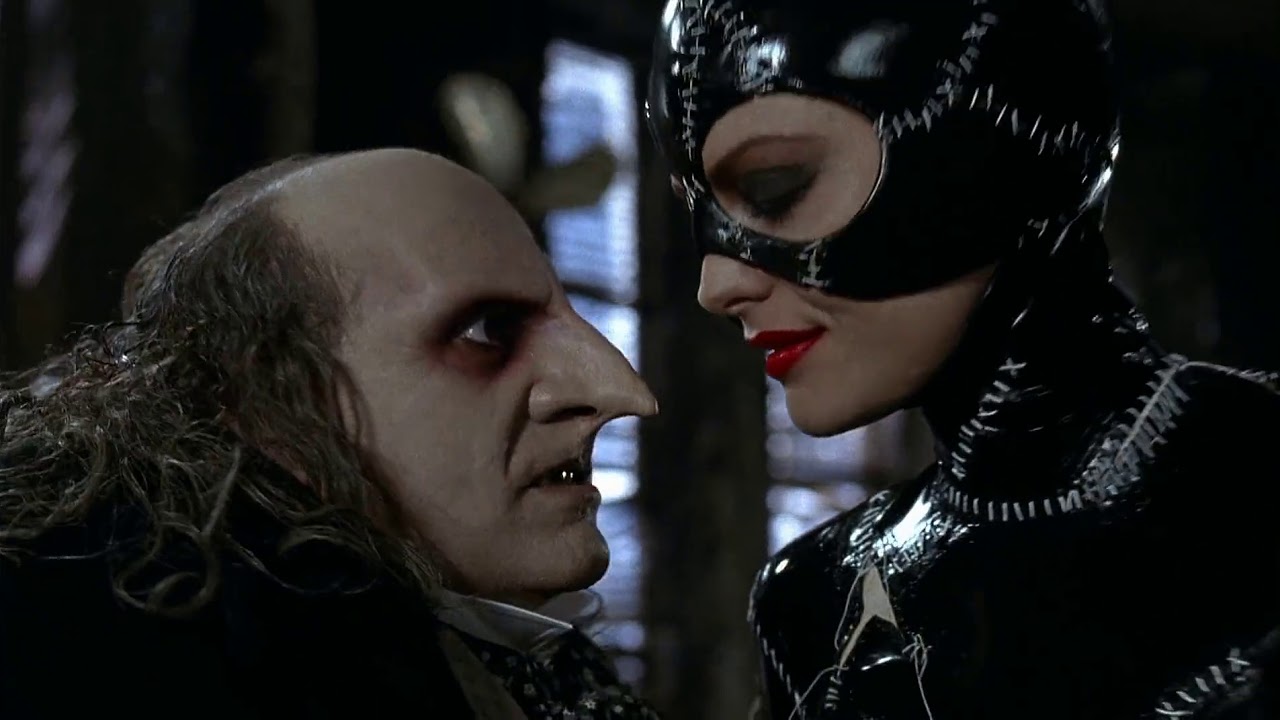 My favorite is Catwoman and Penguin for the scene above. Their union was short-lived but the two scenes they shared were electric. The menacing atmosphere was palpable in the rotating shot around the birdcage.

I like the Bane and Talia al Ghul. Because Bane was the guy who did all the up close fighting action, getting all the attention on him, leaving Talia unknown in their plan

Bane and Talia get my vote here, although I also love the team-ups between Catwoman and Penguin and The Riddler and Two-Face.

Two-Face and Riddler are the great odd couple of the villains lol. Their crime spree montage is the best – Two-Face teaching Riddler how to punch and them trying on the jewels they stole while cruising thru town. They also bicker back and forth and step on each other’s toes, like when Harvey crashes Eddie’s party. It’s hilarious that they didn’t seem to plan it together. Two-Face is such a wildcard that he figured it was irrelevant that it was Nigma’s celebration of his own success as well as social climbing event. Why bother to knock off a stranger when you can rob your own friend’s party. This was cut and pasted into Batman & Robin with Freeze wrecking Ivy’s debut at the bachelor auction.

Bane and Talia are easily the most terrifying pairing with the most diabolical plot. When rewatching, it’s hair-raising to realize the extent of Talia’s fanaticism and commitment to destroying someone she hates. Their destruction did more damage to the city than probably any of the others.

Yeah, Mr. Freeze froze the whole town, but it’s the long lasting effects of what Bane and Talia did to civilization itself that was so devastating. They turned the people of the city against each other without the use of fear gas. The psychological trama inflicted upon Gotham would have been incalculable in the aftermath of the film’s events.

I do also like the Scarecrow and Falcone because, like the Bane and Talia one, NOBODY expecteded Crane to be a villain, since he was the lawyer, and again, Falcone was the one who everyone in the movie expected (except for the audiance😂)

Bane and Talia followed by Penguin and Catwoman. I am not sure about the rest, but these two pairs left the most damage to Batman (not including Harvey and Joker).

Bane broke Batman’s back, left Gotham in a siege, and freed Blackgate prisoners while Talia masterminded the plan to destroy Gotham and almost killed Batman.

Penguin took control of the Batmobile while Catwoman was important to Bruce’s personal life.

I don’t think any other pair took a whack against the Caped Crusader like those.