Reading Morrison’s Doom Patrol, you can’t but help hearing the entire cast in that book

For as bad as the Supergirl movie was it must have made an impression when I was a kid, because to this day whenever I read a comic book with Supergirl in it I hear Helen Slaters voice. I also hear Lynda Carters when reading Wonder Woman, and whoever did the 60’s Superman cartoon which I watched as a kid in reruns, is who I hear when I read a comic with Superman.

I hear Stacy Haudik’s voice for Lana Lang but not sure where the voice in my head for Lois came from. IS definitely not Margot Kidder or Terry Hatcher though even though they were the Lois Lanes I think of.

Incidentally I also hear Alan Tudyk since Doom Patrol whenever I read Ambush Bug in a comic… he seemed after that like the perfect Ambush Bug.

Also there was an audio tape read along version of “The Untold Legend of Batman” Mini-series I listened to a lot as a kid, and no idea who did the voices, don’t think it was credited anywhere so who knows if anyone does. But I hear those voiced for Robin/Nightwing to this day and the Batman actors voice in Batman comics before the late 90’s (his voice doesn’t really fit modern Batman). For any more modern Batman comics I hear Michael Keaton’s Batman voice for Batman and Kevin Conroy’s Bruce Wayne voice for Any Bruce Wayne I have read, old or new, since the animated series came out.

The Jokers voice from those Audio recordings is also the voice I have always heard for The Joker in any era since listening to those. Seriously, whoever made those audio tapes heavily influenced how I perceive Batman oddly enough.

I also hear the Darkseid Voice from Superfriends for Darkseid.

Whenever my gurrl is speaking on the comics page… 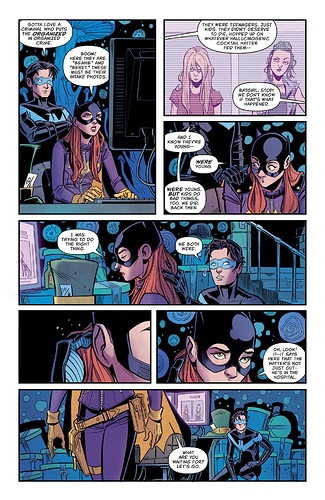 … there’s only one voice I hear: 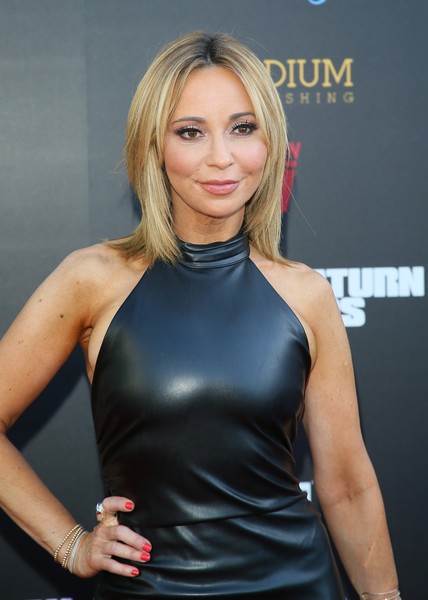 There are a few comics here and there that I enjoy reading out loud, so sometimes I actually hear my own voice.

Comics I have done this for: 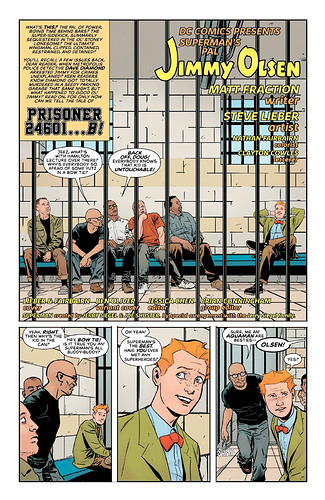 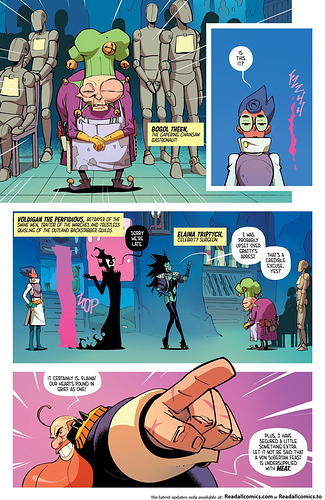 Honestly a lot of the voices for me are just the Justice League and Justice League Unlimited cast. They’re just such a solid cast that they really left a lasting impression.

Absolutely. I take most of my inspiration from the Arkhamverse, Justice League/JLU and Injustice. And while I do have ideal voices for specific characters, I’ll also adapt the voices if I’m reading a comic that’s connected to a specific adaptation. For example, for the Injustice comics, I’ll read Joker as Richard Epcar instead of Mark Hamill, Lex Luthor as Mark Rolston instead of Clancy Brown, Hawkgirl as Jennifer Hale instead of Maria Canals-Barrera, etc.

Yes but if they haven’t had a voice one I pull in from my catalog and remix it.
Like with Batman is Kevin Conoroy. But the Bat Who’s Laugs is Kevin trying to sound like Mark Hamils Joker.

Exactly! I’ve actually used Conroy’s performance as Hush in the Arkham games as a base for this since it shows what his “evil” voice sounds like, though TBWL’s voice is obviously even more psychotic than that

For Superman, I’ll hear both George Reeves and Christopher Reeve, and for Lois, it’s Noel Neill and Teri Hatcher. Perry White is John Hamilton or Lane Smith. But there’s no vacillation where Jimmy Olsen is concerned: It’s always Jack Larson.

I enjoy thinking of Adam West’s voice as Batman for the very serious stories (e.g. Long Halloween). I think of Vandal Savage as Javier Bardim, and Tom Cruise as Hal Jordan.

Only for a handful.

Superman is usually just a warm caring voice until he gets angry, then its just my angery voice​

The mobbers in Long Halloween sound like the ones on the Simpsons.

tara strong is always harley’s voice for me