If u could force someone to read 1-2comics, that u don’t see much hype about. What would the 1 or 2 be? Onsite comics only please. I’m hoping to find a few I haven’t read & maybe help others looking to do the same. If I haven’t read your suggestions yet. I will. Nobody’s under any obligation to do anything. Just hoping to catch a few I’ve never read. 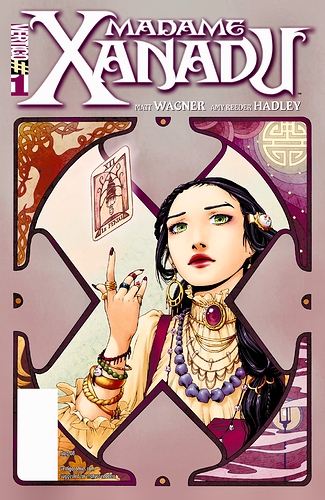 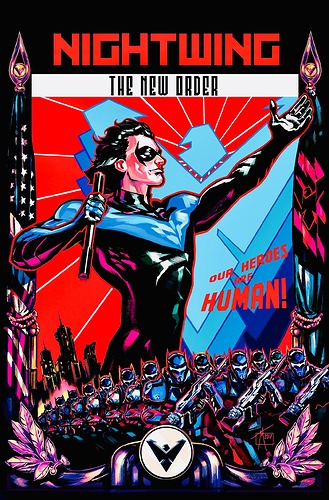 I don’t know how may people have read Grayson, but in my opinion it’s extremely underrated. I love that book. To me it was one of the highlights of the New 52.

I’m on that GL @DeSade-acolyte & I’ve only read the crossover portions of Grayson @joelc73.5776. I will read it all. I loved the parts I read. I love his partner that always fights with him, yet their both there for each other when chips are down. Can’t wait for the GL @DeSade-acolyte. I don’t think I’ve read that b4?

Camelot 3000 #1 by Mike Barr and Brian Bolland. Then maybe they’ll have the good sense to read the rest of it.

I really enjoyed New Order! Loved the twist that moved the story along

I couldn’t believe when I read it I’d never even heard of it b4. Excellent read.

If you’re looking for small runs, GLC edge of oblivion and GLC Lost Army. Filled the gap between new 52 and Rebirth. I think six issues a piece and didn’t sell well I believe but fill in gaps I think necessary for going into Hal Jordan and GLC.

Loved em. I’ll try to stay out so this can be for everyone. I will read everything that I haven’t read yet, that’s listed tho.

Give me a second, I got to find some

No problem. I just got excited b/c I’d never seen those on here & thought maybe I missed em lol.

Try these, I hear get things about them, but I haven’t had the chance to read them.
Ambush Bug
Catwoman by Joelle Jones

Joelle Jone’s I’m caught up on. Ambush Bug is now on my to do list, thanks.

Of the stuff listed that I’ve read, I’ll definitely second Nightwing: The New Order. It’s really rare we get Elseworld stories for characters who aren’t Batman or Superman, and it works really well.

Hmm…what’s a good one…okay, how about this, Batman: The Dark Prince Charming, written and drawn by Enrico Marini. He’s a prolific European artist who was given carte blance to do his own story with the Batman mythos and he does some really cool stuff while keeping to the core of what makes these characters great. I really enjoy his takes on Batman, Catwoman, Joker and Harley Quinn.

Any video game fans might enjoy this one:
Arkham Knight Genesis
I was hoping my favorite Shazam story was on here but it isn’t.

AKG will be read. I promise now that I’ll stay out unless directly summoned for a question etc. this is already great!!! Got some good reading ahead of me, can’t wait to get to all on here from now til it ends.

OK, I’ve got a couple for you: