When did you first become "aware" of a character?

When did you first become aware of a character existing in comics? I mean, we all kinda find ourselves “knowing” Superman, Batman, and even Wonder Woman fairly early on. As being DC’s “holy trinity” they are easily the most recognizable characters in popular culture.

But when did you learn about the others. Was it as far back as a Super Friends episode? Was it a Comic you just happened to read one time at your friend’s house?

I’ll go first. When I was a kid I remembered this one Episode of Super Friends (Outlaws of Orion) that featured Batman and Robin, Wonder Woman and Green Lantern. the Four heroes were captured by space cowboys bounty hunters. Eventually our heroes triumph as was always the case in those days. However, the stand out image from that episode was the end where Green Lantern suddenly caused a two-gun gunbelt to appear and he quickdraw twin laser pistols and fired them directly at the camera’s POV. I always thought that was the coolest thing. and as a result, GL (Hal) was the only Super Powers figure I had during the 80’s. When I started reading DC Comics seriously in the late 80’s-early 90’s Green lantern was the next title I picked up after the Batman titles

Adam West Batman reruns, then then George Clooney movie, The old superman movies, batman beyond, then justice league the cartoon

Well for all the Super Friends cartoons I watched, I never really noticed Flash all that much. It wasn’t until the 1990 TV series that I really knew the character. So, in many ways I never knew he existed UNTIL 1990. After that, I read an annual here, then a crossover with Green Lantern then the Golden Age Flash in Greatest Golden Age stories ever told and finally I pretty much started reading Flash full-time just as the Return of Barry Allen storyline was about to start

When I started reading comics if Superman (or Superboy) and Batman were not on the cover I was not interested. Then one day in early June of 1966, I was in Nat’s Candy Store in East New York Brooklyn and–like a flash–there it was staring at me, begging to be picked up. It was of course Flash #163. The Flash is holding up his left hand and imploring me to buy his comic. His exact words were: “Stop! Don’t pass up this issue! My life depends on it!” What’s a ten-year-old to do? Well, with the change he had in his pocket from the soda bottle deposits he buys the book and races two blocks home to read it. And that’s how his life-long love affair with The Flash began.

I am pretty sure I did not know comics were a thing until around 1994. I was exposed to the marvel trading cards that had comic facts on the back. This was the first time I recognized super-heroes as more then cartoons and movies.

Playing PS2 with my stepbrother, it was a Batman game “Rise of Sin Tzu”. My older brother obviously took Batman, but I refused to be his sidekick figure Robin and instead took some guy called Nightwing. Fast-forward over 10 years and here I am anxiously waiting for the Titans Season 2 finale with full-blown live-action Nightwing

I was around 5 and found my brother and sisters collection of comics. They had a lot of Star Trek comics, so that was known from the tv show. And discounting the trinity.

The first superhero comic was an adventure comic featuring the LOSH. It was amazing. Sure, Superboy was there, but so many other superheroes all at once. It was mind expanding and addictive as all get out.

I learned of nightwing in a teen titans go episode. I then saw him in the teen titans early 2000s cartoon. I saw him in some animated Batman movies and the Judas contract movie and next thing I knew I couldn’t start reading his comics

After obsessing over Batman ‘66 rerun episodes as a kid, my mom took me to a children’s Halloween party downtown - the kind where adults dress up and hand out candy in the big city buildings. I’ll never forget spotting both Batman and The Joker and being equally terrified and intrigued. I have been, and always will be a Batman fan.

When i first read constantine in a old swamp thing series i fell in love with the lad from liverpool. I was disappointed with the Keanu version, but then Matt Ryan changed it all, i hope he gets another shot at his own show.

New Batman Adventures episode 5. “You Scratch My Back” I always liked robin and was curious what happened to Dick. He shows up in a slick black suit with a blue bird. Started looking for anything I could that Nightwing was in and haven’t looked back

Used to watch Electric Company and they had this Goofy doofus named the Blue Beetle. 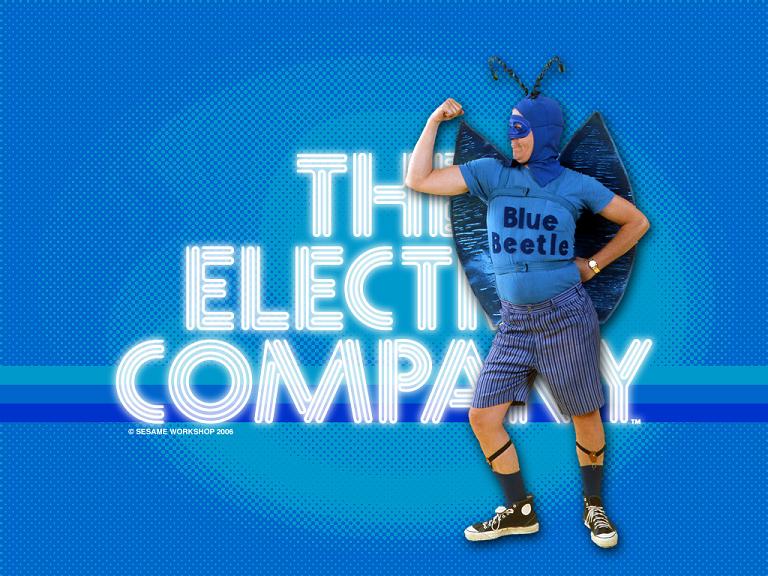 Years later, after Batman '89 came out I found an Overstreet price Guide book that had a full color ad in it for DC’s acquired Charleton Characters (Captain Atom, Blue Beetle Question etc… )
It wasn’t until I got the Binder Format Who’s Who that I found out Blue Beetle was more than a Sketchy goofball in a kid’s show.

I first became aware of The Question watching the JLU episode “Fearful Symmetry.” “Who is this audacious and spooky man that has no face?” I followed him relentlessly, and became a fan for life.

I remember being like 9 and getting a DC encyclopedia, and finding, learning about, and realizing how cool Deathstroke is.

I was in high school when Batman: Hush came out. I had grown up watching Batman: The Animated Series but I never really had money for comic books growing up and my dad wouldn’t buy them because he insisted that comic books were for “morons and the illiterate.” So I begged a friend to let me borrow the 12 issues of Hush. I can’t remember which issue but I saw that Batman had a sidekick that I didn’t recognized named Nightwing. I asked my friend and he filled me in that Nightwing was the first Robin all grown up. I was hooked. Nightwing remains my favorite “second tier” DC character,