What's up with only one genuine Batgirl live action?

What’s up with only one live action batgirl?!? There has only been the one, right? 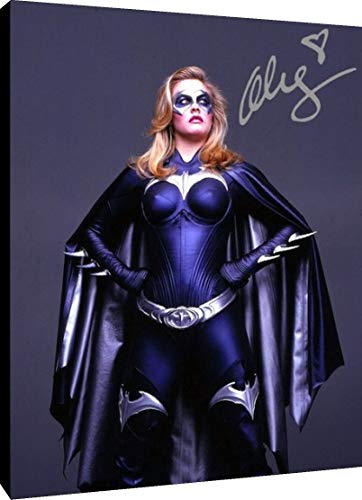 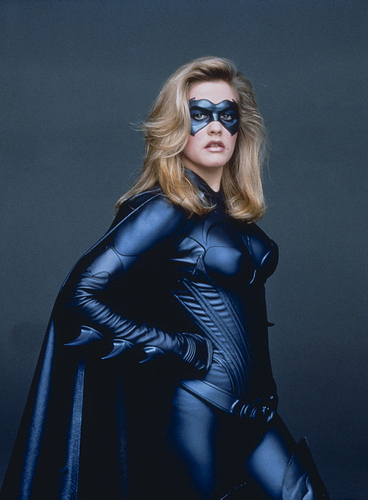 I mean, technically, there have been 2. But I don’t like talking about the Batgirl of the 60’s.

There’s the aforementioned Yvong Craig who played her in the 66 series. And there’s also Dina Mayer, who put on the Batgirl suit for flashbacks in the Birds of Prey TV show.

There has been 3 in total.

With three live portrayals, Batgirl is probably one of the most depicted female DC heroines. Supergirl has three as well.

If only there was someone who could give us some insight to a top list of DC characters with most live incarnations.

Wonder Woman is at 3

Catwoman is at 4, if memory serves.

Wasn’t there supposed to be a Batgirl movie right around now?

Apparently Joss Whedon was attached to it a few years ago (though the tinfoil hat part of me thinks that was a cover for WB’s plan to basically reshoot all of Justice League) but bowed out. Right now there’s a script in development by Christina Hodson, who wrote the script for Bumblebee and Birds of Prey.

Catwoman is at 4, if memory serves.

You are wrong again, as usual. The 60s Batman show alone had several Catwomen.

It had two:Julie Newmar & Eartha kit.
The Batman 66 movie had Lee Meriwhether.

I suppose that one could include Haley Berry, that film is so awful I find it hard to count as a Catwoman movie as the character is so flawed and the performance is such garbage. It’s like counting Ben Affleck as Batman, in Zack Snyder pieces of excrements some people refer to as films. It’s just such garbage and such an awful performance of the character by the actor, it really is Batman in name only.

So including Haley Berry, that makes 5. With 1 being in name only.

I mean ok but big screen only has the one adaption. I was referring to movies but even small screen…hardly has any. Supergirl has a full TV show multiple seasons long and even old solo movies…in comparison…batgirl gets nada.theyre doing batwoman but hey I like batgirl better honestly.

It seems like there were about 900 incarnations of the BC in Arrow alone. Of course it also depends on how one defines Black Canary. Are all of the 2040 Arrow canaries instances of black canary? Do we include or exclude a Black Canary who’s “cry” was technological only? Or is a valid BC only one that has the meta canary cry?

Batgirl has appeared in two tv shows and one film and only in tv was she Barbara Gordon.

So including Haley Berry, that makes 5. With 1 being in name only.

For Black Canary I know we’ve had:
Legends of the Superheroes
Birds of Prey (Dinah and her mother)
Smallville
Arrow (Sara, Laurel, Dinah and I guess we can count Earth-2 Laurel)
Birds of Prey film

So maybe 8 for Black Canary? I’m not entirely sure.

I would go with Sarah, Laurel and Dina

Don’t forget Anne Hathaway in Dark Knight Rises, in the film she may not have been called Catwoman, but she did dress like her.

Then that is a question. If a character isn’t explicitly called the name, does it count? If she is graceful and beaks in and steals things, if not explicitly named she could be the character of Magpie as easily as Catwoman.

It’s the same with BoP, I don’t recall Dinah ever taking up the character name and certainly didn’t have BC signature power set.