Hello @Alec.Holland,
Do you know when Superman78 #2 will be out? Thankyou.

I totally support this service, but I don’t believe AT&T has been good stewards-- unfortunately. I believe the service missed growth potential-- and fan service-- with what they’ve added over time.

Did we need Who’s Who? While I liked Strange Adventures-- key Adventure Comics, Action, or Detective would have been a better choice.

Here’s hoping they’ll do a better job filling in that WW gap!

I’m excited for the conclusion to Batman vs Ra’s Al Ghul.

It’s been awhile coming, but reading to reread the first couple issues and finally finish the series off.

Did we need Who’s Who? While I liked Strange Adventures-- key Adventure Comics, Action, or Detective would have been a better choice.

We’ve been slowly adding Action Comics and Detective Comics to the service from the archives as well as other series such as Aquaman, Wonder Woman, Static and Hardware. The archive team has a lot of work on their to-do list and we try and make sure that the service gets a varied selection of archived issues to cover all bases!

I actually like having who’s who on here and hope they do the 93 series. Also, as I’m sure my requests show, I would prefer to have more obscure books on DCUI than ones that are available in archives showcases and omnibuses. To each his own though. Ideally, I’d like every comic ever published by DC on here.

A thought on the “delay” of the release of STATIC: SEASON ONE #4: 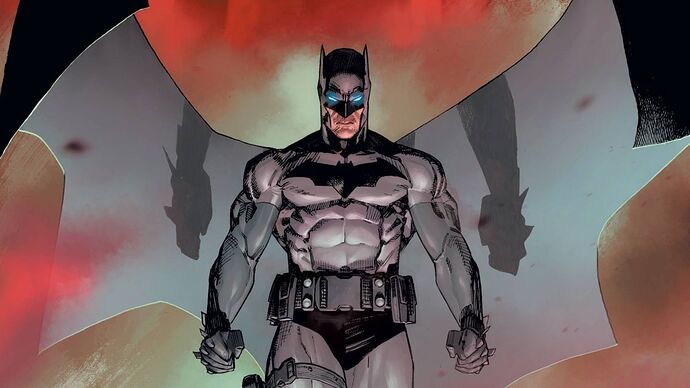 Currently, it appears DC has decided to delay the digital release dates of these issues to remain day-and-date with the print editions.

I totally understand DC’s reasoning in “protecting” or supporting the local comic shops by not releasing the digital comics, but it’s still kind of a weird thing to me.

Looking at last year’s estimates though I can see why… 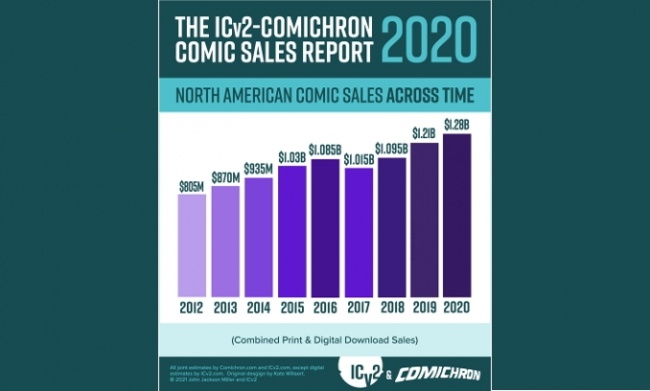 According to New Estimate by ICv2 and Comichron

2020 comics sales were up 6% over 2019, coming in at $1.28 billion, according to a new joint estimate by ICv2’s Milton Griepp and Comichron’s John Jackson Miller. These numbers measure sales to consumers in the US and Canada. The increase came from online sales, big box retailers and digital sales, even in the face of a sharp decline in sales in brick-and-mortar comics shops and book stores.

Digital download comics sales also soared in 2020, up to $120 million from $90 million in 2019, a 33% increase. This came after years of flat digital sales, but obviously, a pandemic got people turning to different ways to read comics.

Graphic novel sales were up 9.1%, while periodical sales declined 19.7%.

So graphic novels and digital sales are up, and single-issue print comic sales are down.

I guess in a perfect world I would say just release the comics digitally when they’re ready, and release them in print when you can.

But of course I would say that because I only buy comics digitally.

In a way, I suppose this is similar to the movie industry.

It was of course Jason Kilar, CEO of WarnerMedia… after less than 6-months on the job it was his call to do day and date with all of the Warner Bros. movies this year; to release all of their movies on HBO Max and in the theater at the same time.

After the backlash from some in the industry (because they didn’t get a “heads up” on the move), I believe the total cost to Warner Bros. was like $200 million dollars to actors and directors on their “back-end deals.” And they seemingly have lost Christopher Nolan as a director after nearly 20 years of him releasing most of his movies though Warner Bros.; his next movie is going to be released through Universal.

Jason Kilar I believe is going to be “stepping down” as CEO of WarnerMedia at the end of the year and is leaving the company.

(I believe he was also the one who championed the release of the Snyder Cut. So this guy has just caused Warner Bros. all kinds of headaches this past year… )

Anyway, it was just a bit weird to me how DC has let the print delays also affect their digital releases. It’s of course their call though, I guess.

One thing I wonder if DC is interested in exploring, is bumping up the release date of new comics to DC Universe Infinite. Instead of 6-months after their print release, moving it up to 3-months. Maybe charging $9.99 a month for that option. Keep the $7.99 for those who like it as it is now, and for those who want it faster, offer a $9.99 option.

I suppose that would be kind of tricky though, because you would pretty much need two separate sites, so maybe that’s not such a hot idea…

Just a thought though…

Likewise, I suppose there’s “contractual matters” or what have you with comiXology that prevents DC from selling digital comics directly on dccomics.com. That would also be one of those “…in a perfect world” things to me.

Yes, I also like the obscure! Just wish some a little more focus on filling the holes & completion of titles started-- would love to read more than the 1st done issues of the Phantom Stranger.

Please don’t think I’m complaining just to complain! I do enjoy the service and I know everyone is doing their best. Just figure my two cents wouldn’t hurt.

I am a big cheerleader for my things I enjoy! This week I’m discussing the service on my podcast, because I believe digital comics will have a bigger footprint over time. My thoughts for the podcast are more positive than negative.

Of course, I would recommend this service! I’m not a ‘Get Off My Grass’ kind of guy. Thanks for the feedback-- it is appreciated!

This week I’m discussing the service on my podcast, because I believe digital comics will have a bigger footprint over time. My thoughts for the podcast are more positive than negative.

Please don’t think I’m complaining just to complain! I do enjoy the service and I know everyone is doing their best. Just figure my two cents wouldn’t hurt.

I am a big cheerleader for my things I enjoy! This week I’m discussing the service on my podcast, because I believe digital comics will have a bigger footprint over time. My thoughts for the podcast are more positive than negative.

Of course, I would recommend this service! I’m not a ‘Get Off My Grass’ kind of guy. Thanks for the feedback-- it is appreciated!

Of course! I wasn’t viewing your comment as a complaint at all, I just wanted to make sure that we were on the same page about what’s being added to the service and why. Good luck with your podcast!

Looking forward for these comics

Welcome to the Community, @mig2146013.38243! We’re glad to have you here. Is there one in particular you’re especially excited for?

Each episode is about 15 minutes & I cover comics (or comics-related) available in a digital format. Done each Wednesday, with plans to add other days later.

I was hesitant to promote too much the podcast because I didn’t want to step on any rules. Thanks for the support!

What’s the name of the podcast? Or a link?

If hunting for collected editions in 2021 is an indicator, I think the market has settled itself after last year. I remember seeing a book was coming out and wouldn’t even have a chance to buy it because it sold in minutes. Now I have room to breathe and get the books I want before they are sold out.

The Fantastic Comic Fan Podcast-- ugh, you would help to mention the name! Ooops.

Is Robin #1 also coming in October? Unless I’m misunderstanding, it would have been six months sense April 27Th, 2021 on October 27Th, 2021 and I have been looking forward to reading it. If not, when is it coming?

Comics are actually added on here 6 months + 1 week after their initial release. I would imagine that Robin #1 would be added here the first week of November.

What Kookie said is correct.

October 27th is a Wednesday, we typically add newly eligible comics on Tuesdays, so Robin #1 would arrive the following Tuesday on November 2nd

Thank you both. I was wondering if it was something like that, but I just wanted to make sure. I had never tracked a new, incoming comic before yet. So, I didn’t know what was standard to expect.