I know how that goes!

Welcome to the community, new friend! Please let us @moderators know if you ever need anything at all.

Same issue again this week. The main page shows the releases for last week instead of this one.

Unlike last week, though, you can manually look up this week’s comics.

Yeah I was disappointed this morning I do look forward to that before I go to work on Tuesdays.

I’ll scroll up here in this thread to figure out what was supposed to be on there and go look it up manually I suppose.

I don’t recall this ever happening with Marvel Unlimited on Mondays but it probably has, considering they’ve been around probably a decade or so prior to DC Universe Infinite being unveiled.

I’ll have to check that publication date on Tuesdays more often this,little gem was in there that I didn’t even realize was going to be available today per the above: 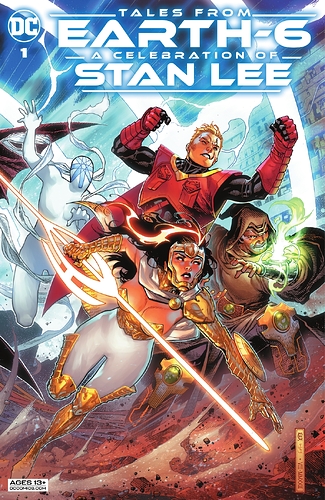 Tales from Earth-6: A Celebration of Stan Lee #1

Over 20 years ago, Stan Lee reimagined the entire DC Universe. A criminal turned nocturnal warrior for justice, a champion from the Brazilian Amazon, an...

The new books for the week aren’t posted yet for the second week in a row, will this be fixed asap so it doesn’t happen again?

Here’s the link for the new Ultra release Action issue 1050, while we wait for the links and the proper navigation on the main page. 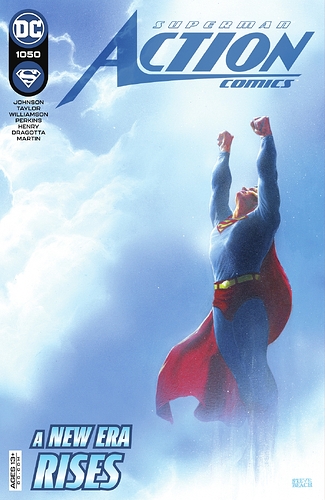 The Dark Crisis is over, and a new dawn shines on the DCU! In the wake of cataclysmic battles with Mongul, Henry Bendix, and Pariah’s Dark Army, Kal-El is...

They had Justice Society Of America '92 #2 out, but I think you have to look for the new comic that’s been added before they put it in the new release by searching for it, hope this help you guys.

I was poking around on Amazon and came up with this (ideally partial) list of the archive books that we should be getting in February:

Like I said, ideally this isn’t everything for the month–at a minimum, it looks like an entire week’s worth of books hasn’t been added to Amazon for February 28. I’m a little worried about JSA #6 not showing as available on February 21–I really hope DCUI gets away from starting series and abandoning them halfway through. (To their credit, I’m very pleased that we got/are getting the entirety of Artemis: Requiem!)

The other disappointing realization I came to was that my prediction a few months ago that we would likely be getting the Milestone World’s Collide Special added seems less likely now. While DC is releasing the issue as part of the Milestone Compendium Two, that book does not have a digital edition–paperback only. This is consistent with the first Compendium that came out last February. The first Compendium reprinted Xombi #0 through #8, which haven’t been uploaded here. Same with Shadow Cabinet #0.

I’m a little worried about JSA #6 not showing as available on February 21–I really hope DCUI gets away from starting series and abandoning them halfway through.

Hello @Moderators,
When will we see a release for February comics? Thankyou.

This month was an exception, but they normally come on the last Monday of the month meaning the 30th.

This will be going up tomorrow! Keep an eye out!

Just want to add my thanks for the 1992 JUSTICE SOCIETY release! I’m enjoying it and hope they wrap it up in its entirety next month. I guess we will find out tomorrow. Fingers crossed!

Thankyou @Jitsu, will do.

It is ten issues. If they keep doing it one issue per week it will be done on March 21st.

Man, I wish they would do some of the War books…Warlord…Arak…but there is no sign of them ever doing those.

Hey there! We’d definitely love your input on what you’d like to see here on DCUI. If you have specific titles/issues in mind, you can request them in this thread.

I’m sorry @Alec.Holland I hope you were made aware of the DM I sent apologizing? I just now saw this or would’ve fixed it. You’re right. All my reasons for that reaction are driven straight from fear & loss. But, I shouldn’t be on here if I can’t contain my emotions. I get that. I’m truly sorry.

Just to let you know, according to @Jitsu they’ve now changed it to Tuesday morning for new release, Monday night at 9:00 was fun while it lasted, but having it release on Tuesday morning does make more sense and a great way to start your day.

And I’m sure the Moderators forgiven you, everybody has a bad day and it’s always great having you here @capo-mage.