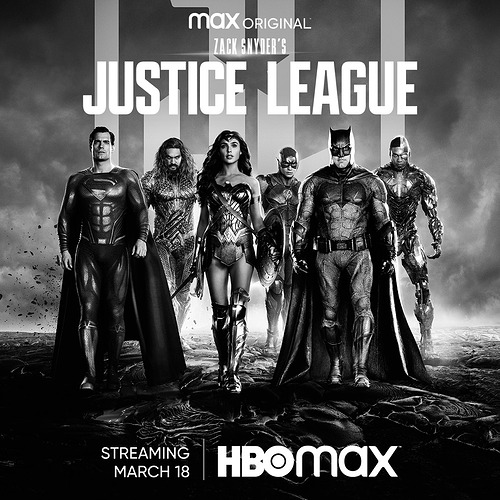 The rumble of anticipation approaches…Is that the final storms of winter, or the footsteps of Darkseid?

All eyes are on Zack Snyder’s Justice League, launching March 18th! But that’s not all that’s coming to the DC hub this March:

While you’re there, make sure to catch these DC animated films before they leave:

To see everything DC available on HBO Max, visit the DC hub here!

Will you be tuning in to anything special this month?

Animated Superman; and ZSJL until I crash the app.

Yep, Zack Snyder’s Justice League and Superman: The Animated Series for me.

I remember with Superman: The Animated Series…

To this day I’ve still only seen a handful of episodes of Batman: The Animated Series because one, it’s Batman and not Superman, and two, because it was on at a time during my “anti-corporate” and “anti-commercial” phase of life.

Early 90s, so in my early 20s. An insufferable Jazz snob. Vertigo Comics snob. Wore black all the time… still do, whatever, I guess I never grew out of that. Black is still the new black. Black is forever cool. (Ha!)

Anyway, by the time of Superman: The Animated Series I was beyond that phase.

Relapsed a bit… and Fight Club was the last hurrah for that.

Back to Superman: The Animated Series.

I remember I made it my business to watch it every Saturday morning on Kids WB. I grew up watching the Super Friends so it was like being a kid again. It was great.

I haven’t watched it in years, I don’t believe since it originally aired, so this should be fun again.

And in HD… yay for clarity or something. [insert smiley face]

I am so damn PUMPED to watch Superman TAS in HD.

Also looking forward to getting back into S:TAS, I had started watching when it was still on DC Universe and I’m excited to watch more. I never watched it much when it originally aired.

Just watched Batman & Mr. Freeze: Subzero - good stuff but boy did they wreck the environment to save Batgirl.

I love that Superman: The Animated Series is now on there. HBO Max has proven to be quite a great hub of content with 90% of the stuff I loved about DC Universe on there plus all the movies and, in just 14 days, The Snyder Cut!!!

Thank you for posting this! Pretty much the only reason I have HBOMax is for the DC hub and this is very helpful.

Can’t wait for the Snyder cut: literally planning two nights of themed dinners/cocktails/outfits for it.

I am so excited for the movie! 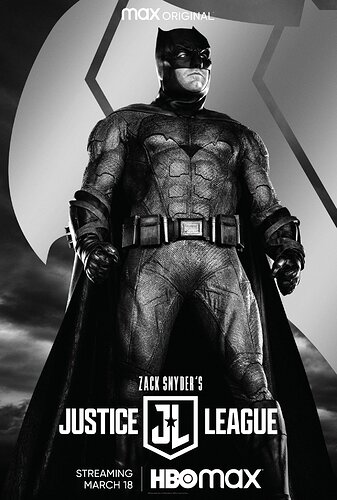 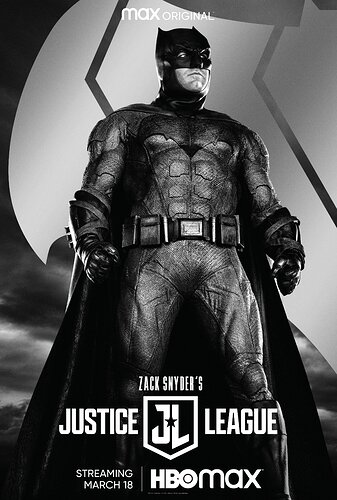 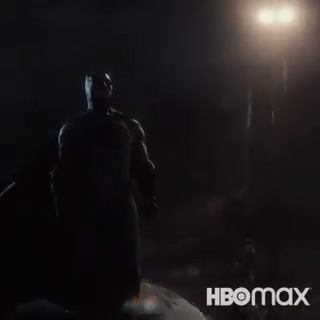 While I can’t wait for ZSJL, I am far more excited for another of the animated series to reach the HBO platform. I grew up on the Kids WB Superman Batman Power Hour and finally having all the series in one place make my inner child jump for joy!

rubs hands together in anticipation of STAS making its HD debut

I can’t wait for Superman The Animated Series on HBO Max!

HBO Max sure gave me a good reason to stay, even the Rocky movies collection are coming as well!

“You will help them accomplish wonders. #Superman #SnyderCut https://t.co/B0LkXj99Gf”

This is cool! I just noticed this ‘last chance,’ section for DC related HBOMAX content.

I barely got in reading The Losers & watching it b4 it left the 31st. I checked the leaving soon section by accident on HBO MAX. Now I check all the time. I’m waiting for SS today. Can’t find an exact time tho? I haven’t gone to bed yet lol.