It’s a great day, BATMAN '89 has arrived for you to enjoy!

If Batman’s not your thing, the 1st issue of PENNYWORTH has also landed on the service for you to check out as well as new issues for a bunch of great current series!

Hello @Alec.Holland, This was definitely a week I’ve been looking forward too, You’ve got Batman And Scooby-Doo Mysteries, Batman The Adventures Continues Season 2 #3, Batman89 #1, & The Joker #6!

And most of all, last but not least, Pennyworth #1! I haven’t watch the series yet, but looking forward to reading the comic.

The first thing I’m checking out seems to have been left off the list – the Strange Love Adventures Valentine’s Day anthology!

It was announced in last week’s “What’s New” thread, that’s why!

Just getting to this week now (man I’m behind on my reading!) but I’ll be starting with ‘Pennyworth #1’. I love a #1 issue, I love the show and this looks like a comics version of that character so I am all in on that and will probably read it twice - once to get through the story and once to pour over the details.

After that it’ll be ‘Future State: Gotham #4’ as I continue to enjoy seeing our heroes fight for justice in the dystopian, totalitarian world that Future State created and love that it’s continuing with new issues. After that it’ll be 'Batman ‘89 #1’ and what timing as the movie re-releases in theaters tonight for a one-time showing! I can’t make it to the theater to see it so I’m planning my own screening and will be hitting “play” on the Blu-Ray of ‘Batman’ at 7pm. I may even make some Monarch Theater Popcorn to enjoy while I watch! 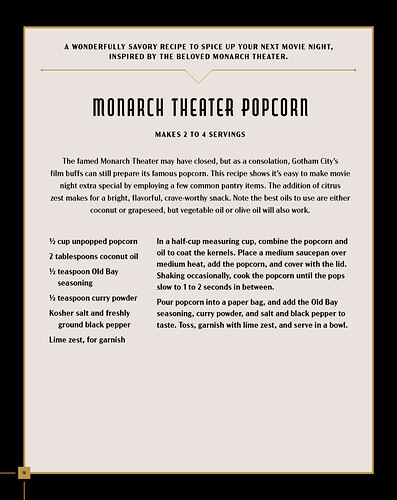