What Would YOU Like to See From a 3rd Harley Quinn Season? 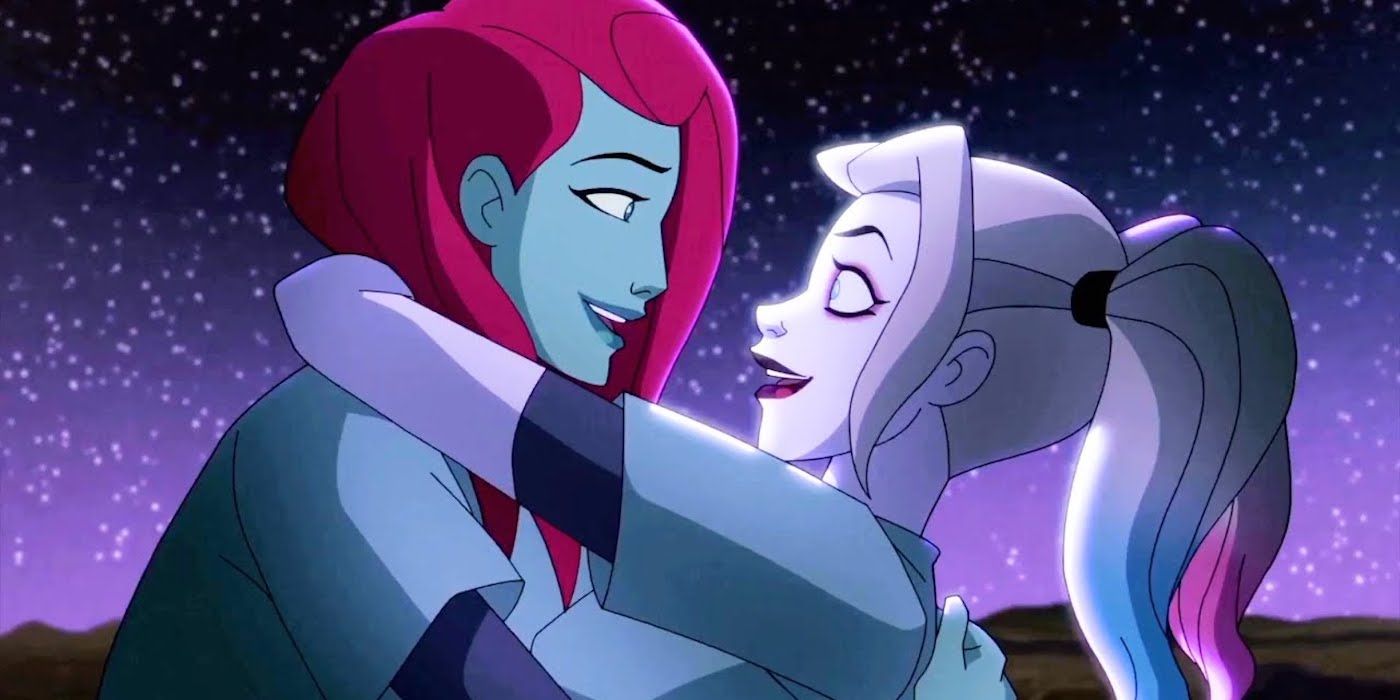 harley-ivy-11400×700 87.3 KB
First of all, Happy Pride Month everyone! Presumably Harley Quinn gets renewed for a third season (or fingers crossed a lot more), what would YOU like to see in it?
I’d definitely like to see the gang out of Gotham. Imagine Harley and Ivy visiting the rainforest.
A Cobb Squad episode
More musical acts
DEFINITELY more JB Smoove! Frank is HILARIOUS!
Harley and Ivy’s relationship expanded.

But, enough about me, what would YOU like to see?

Red Hood. I think he and Harley would have a really interesting dynamic.

Nice choice! I’d like to see a character who has allergy too so it’s impossible to go near Ivy hahahaha!

I want to see their take on swamp thing. He’s been mentioned. In general more of ivy’'s world.

Awesome! Since this is a comedy show, what version of Swamp Thing would be hilarious?
Like… imagine a tiny Swamp Thing because there’s not enough soil with a tiny voice hahaha!

I would like to see Barbara meet Alysia Yeoh and have her become a recurring character. Maybe some Constantine and Swamp Thing as well.

Yes! A tiny Swamp Thing that teams up with Clayface’s baby hand.

Yeah! Totally agree. Alysia Yeah is one of my fav characters from Batgirl! Ok, tricky question, how would you make Constantine “comedy friendly”, same with Alec. Both are horror characters so what could be their flaws that could be used for comedic effect?
i.e Chain smoking for Constantine? Like he could exhlae smoke even if he doesn’t smoke or be constantly angry and stressed for a smoke.

This is comedy gold! Or a tiny Swamp Thing growing out of Clayface’s baby hand!

IF Harley / Ivy get together I think their new relationship would be great to explore. It’s just such a different dynamic for them and something new for Harley entirely in a healthy relationship it would be fantastic to see.

I also feel like we’ve been seeing a lot of what Harleys motives are so it would be cool to see the gang do some other heists. Aside from the amazon and ACE chemicals we haven’t really seen Ivy pursue what she’s really wanted so would love to see some of that.

Hiya,
I would love to see the crew do at least one roller derby game or episode which explores that side we have not seen yet.

I want to see an episode about what the league is doing inside the queen of fables book. It will probably be some weird D&D kind of thing.

on a slightly more serious note, I hope Harley and Ivy exit there honeymoon phase quickly. This may be jumping gun a bit but we are all 90-100% certain that Harley and Ivy will get together but I do not think they have enough time this season to do it very well. honestly I think it is going to be Ivy taking a risk and going with Harley but the reasons why she didn’t want to date her best friend are still there and will most likely always be there. so, in season 3 I want them to take there time and work on there romantic relationship.

also no Kiteman. As mush as I like him, I feel that seeing him will feel like a kick to the gonads. It depends on how he is written but I don’t think he will be written well once he separates from ivy.

Maybe the Cobb squad goes on a dating game show

Absolutely. Bring me more Harley and Ivy. I have a fever and the only prescription is more Harley Quinn and Poison Ivy romantic shenanigans.

That would be lovely. Who would you like to see Cobb Squad or Harley’s gang go against?

@abdul.ladan.56786 Yeah. Definitely would like to see more depth in their relationship. And the D&D JL idea sounds cool! Especially with each member taking different roles!

@nate_rl.93864 Hahaha that would be hilarious, or disastrous and hilarious at the same time!

Of course I would be interested in seeing Harley and Ivy develop their romantic relationship but I would also like to see some of the ups and downs of it, more of Ivy’s world, Ivy getting back to her roots, and some conflict of interest between her and Harley mostly in terms of ethics. Because it’s already been said by batgirl about Harley that “for someone who claims to be the villain you do some pretty heroic stuff” so Harley might develop into more of an anti-hero instead of villain. Ivy on the other hand still hates humans with Harley being the only exception (and Kiteman too I guess if you want to count him). She’s all about protecting the environment and “saving the world” and Harley would support her one hundred percent but what if that goes too far? What if Ivy’s goals mean destroying all of mankind to save it. What do you do when your girlfriend and best friend is THE BAD GUY. I also think this could leave room for characters like swamp thing to appear.

I would like to see Barbara meet Alysia Yeoh and have her become a recurring character.

A million times yes, I love her

Also, @nu52 your icons are always so good but this one has to be my favorite so far! Love that pastel rainbow

Also, because she’s the best and I want to see her more and everywhere: