What Would You Fix?

I’ve been thinking about how over the years a number of our beloved DC characters haven’t gotten the best on screen treatment.
I was wondering if I could get you, the real comic loving DC fans to come up with something better than the final product.
I want you to come up with a couple minor or drastic details to fix the otherwise bad/disappointing DC films to make them better movies for us, and the general public.

Just… maybe… dare to expand on the universe and not swim back to shallow end every … every… every single time. 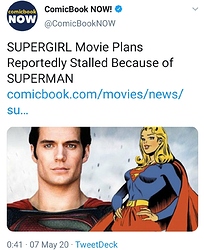 To paraphrase, this universe needs an enema. I know my opinion isn’t going to be popular. In my 55 years I’ve seen too many films and shows built around Superman and Batman tired of them and their baggage.

I don’t believe Flashpoint can pull off what I want to do, but I know Darkseid can so have a crisis movie to New52 the dceu. First movie out Wonder woman 3, followed by Shazam 2, Aquaman 2. Do all 3 same year, then the next year when everyone is expecting Superman and Batman replace them both with separate Apollo and Midnighter movies, then new Green Lantern and a New God/Darkseid focused Justice League movie.

Apollo and Midnighter would be interesting.
I would love a Green Lantern Jessica Cruz movie.

At this point. Anything but another Superman or Batman movie would be of interest.

Show the characters how they actually are (ahem… Birds of Prey Movie).

I think Birds of Prey should have been based more on the comics; with Oracle leading the team of Canary, Huntress, Batgirl, etc.

Splendid thread! Time to put on my storyteller hat.

I think that those were the key reasons why the universe did not work. With that said, I like the direction they are going now with making great movies that do not need to connect to anything.

My idea’s a mix of Young Justice S3 ‘Starro stuff’, ‘some’ stuff from MoS, BvS and Justice League.

Movie 1: In MoS it took Clark so long to become Superman. It was a real missed opportunity for them to drop references to other heroes existing while he was just laboring around the whole time.

Example: Seeing images of Wonder Woman celebrated while also seeing reports of Batman as someone who’s feared and is a divisive figure. Giving Clark a glimpse of both sides of the coin for how the public might perceive a ‘Hero’ which would make him cautious to reveal himself.

Then later MoS Superman vs Zod plays out except for the crazy city destruction since with Clark’s knowledge of other heroes he’d take the fight outside Metropolis so he wouldn’t be feared for his power when he first reveals himself.

Also the Virtual Jor-El + the origin of Krypton’s destruction is cut out (this’ll play a role in Movie 2).

Movie 2: BvS with major changes, still the ‘Dawn of Justice’. Superman, Wonder Woman and Batman are still in it. Instead of Doomday they have Starro, Lex is manipulating everything. My idea for Starro is for it to be some lore drop for Earth’s history similar to what Young Justice Season 3 did.

Wonder Woman giving the history of a mysterious alien creature that came from space who almost enslaved humanity. Basically the story of Steppenwolf from the Justice League film except it’s Starro who’s fighting against Amazonians, Atlantians, Green Lanterns, etc.

In my version when Starro ‘enslaves’ you he makes you repeatedly see visions of the past, present and (potential?) future. Starro enslaves Superman. This is when we see the destruction of Krypton, Clark himself will see both it and his parents for the first time (emotional for him). As this is happening we can have BvS except it’s B+WW v S. Cutting back to Clark he sees a vision of his cape torn, the destruction of Earth, the Omega Symbol. So basically the movie villain at this point is Starro w/mind controlled Superman. At the end they release Superman and defeat Starro. Lex goes to jail.

Movie 3: Justice League. I have rough ideas. The League forming through Hal gathering them to reveal that the Lanterns were keeping tabs on Darkseid and that Darkseid was responsible for Starro’s invasion both times but the 2nd was because he wanted Superman and Lex was working with Darkseid to get Superman off Earth + gain power. Similar to Justice League Steppenwolf is the villain since he’ll be pretty generic just so there’s enough time to build the characterization for the other League members. With all the characters established by the end it sets up for the 4th movie which is
Justice League: Apocalypse

Side-note: Stuff like Suicide Squad can occur while the League are off-world to face Darkseid. Leaving the movie focus entirely on the Squad and in the sequel we could get some cool cameos when the League comes back. The Flashpoint movie can also occur later on but the timeline Barry ends up in is the one Superman saw when under Starro’s control. So basically what Snyder was doing but instead of the dark future being the main one it’s an alternate future.

I would ignore all the Zack Snyder films. Hire the DCAU team to rebuild the DCEU. The characters should be distilled to their core traits as in BTAS and STAS. Pick and choose the best storylines from the past and stay away from the grim-dark gritty too real imaging. I don’t go to the movies to see a re-enactment of the Twin Towers coming down with “heroes” in costumes so muted you can’t tell they’re superheroes. 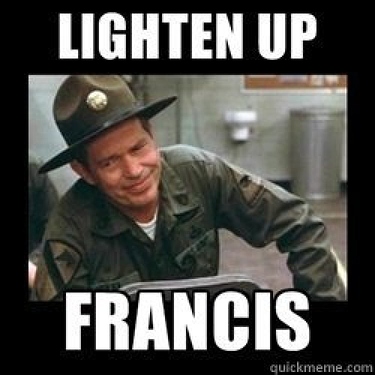 I really love your ideas guys! It makes me think of how the actual fans should be in charge.

I kind of liked the original DCEU direction… am I not an “actual fan”?

I feel as though suicide squad would’ve been better if they’d focus more on the Supervillains relationships in Belle Reve. The movie tried to do that, but failed miserably. They went on one mission together, had a couple drinks, and boom, they’re a family.
It should’ve had several missions throughout the movie, with a couple different villains added or left out of each mission.
Definitely spend more time in the prison, and get rid of the whole supernatural bit, that’s just dumb.
If I were to take out or add any characters, I’d probably add King Shark, scarecrow, Killer Frost, and maybe Riddler. And I’d definitely take out joker, either that or leave him as merely a silhouette for Harley’s origin.
The MAIN antagonist would have to be Amanda Waller herself, and I did mention there’d be several missions to put more bad guys in. But at the end of the day they’re still bad guys themselves.

That’s not what I meant my dude. I’m just saying any DC movie in general that you think sucked, or otherwise disappointing. Not just DCEU specifically.

My mandate is simple, and all encompassing: de-emphasize live action, and go all in on animation. That is where DC thrives.

Just making sure, I guess some of your wording can be taken differently. But we’re cool!

I’m basically in with this idea. If you can do a few fun, quality live action movies, but make them few and far between and no Superman or Batman.
BOP should never had been called BOP. Just call it Harley Quinn. Wonder Woman finally getting a major motion picture that was quality was great to see. Maybe WW84, because she can easily be fitted into timeframes much removed from present day. Beyond that, focus on some lesser known people. I think a Phantom Stranger movie would be great because it could take place in different time periods, sort of vignette style.

But for the mainstream, use feature length animation. It’s cheaper to do and is really the environment for superheroes. The best Spider-Man movie was into the spiderverse because it gave us the”feel” of comics.

And I 100% agree with @TravisMorgan Lighten up. These should be fun, escapist entertainment. Dark and gritty doesn’t mean grounded. BTAS, STAS, JL/JLU and The Batman were all great, fun stories that could have depth and grounded real characters without having to be so depressing I need to see my shrink after.

Superheroes are about hope. Watchmen was the exception that proves the rule, not a blueprint for how comics should be, or strive for and fail miserably.

Aquaman: GREAT!
Harley Quinn: GREAT!
Superman: Sure why not!
Batman in this universe: growl noises!
Flash and Cyborg: NO. JUST NO.
Suicide Squad: Great! Except Joker. They did Leto Dirty.
Wonder Woman GREAT!
Batman V. Superman: Why?

oh yeah, Shazam Forgot about him… wonder why?
CAUSE IT WAS A MARVEL MOVIE. man it was Boring.

go all in on animation. That is where DC thrives.