What would be your ideal batfamily movie?

If you could make a movie that featured all of the batfamily in one movie, what would you do? Would you a specific storyline from comics or do you have an original idea?

I’d adapt that scene from King’s run where they’re all at the Batman-themed burger joint. The whole movie can be set there, a la My Dinner With Andre.

A blackgate breakout has happened and it’s up to the bat family to stop it.

Excellent topic, @captainalyss! The first thing that came to mind was Battle of the Robins from the Batman and Robin series. I think this would be a super fun story for the big screen, giving all of the Robins their opportunity to shine. 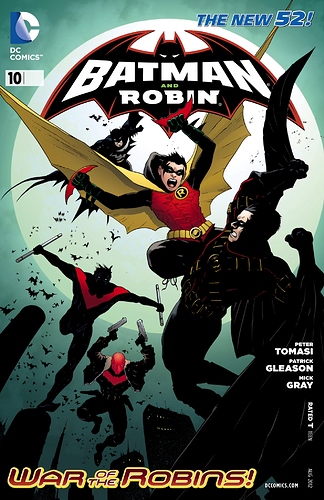 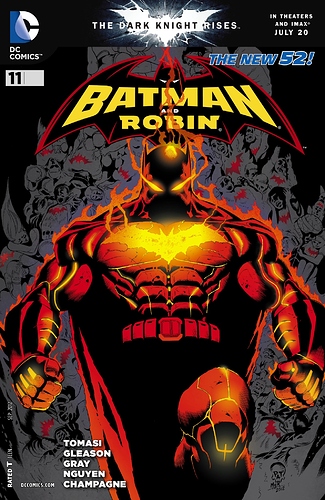 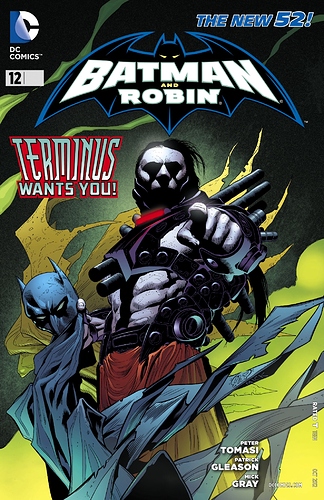 When Affleck was shown to be an older Batman and all that, I had this idea for a Batman Family movie where Dick, Barbara, and Bruce form back together as a group after falling apart from the death of Jason, when a young hacker named Tim Drake discovers an insidious plot from the Court of Owls.

I was just thinking how awesome a Robin Wars movie would be. I think it would be awesome, and an extreme twist of fate would if they played a Robin movie today as well. I can dream, can’t I?

I am actual saying this. I don’t think NML would be a great movie. I don’t see how they could get it all into a single movie and do it justice. I have a friend who said something very wise once, (they were talking about something political but it still works) “better not to be represented at all than to be misrepresented as something bad” (It would be a great TV show though).

I think Batman RIP, Batman & Robin: Eternal or something new.

I would go new and have some villain that is personal and effects the whole family (Hush? Court of Owls? Someone new? The editor?). I’d keep it smaller so non-fans can keep up and the plot isn’t constantly interrupted by origins. Just Bats, Al, Cass, Tim as Robin, Oracle, and Nightwing. Oracle and Al would probably be minor characters. Keep the rogue count below five. Whoever the antagonist is, they attack the family, family comes together, villain is more than they can handle, someone “new” (for the movie not in comics, thus the “”) comes along (I vote Cass) and saves everyone. Pretty straight forward.

I would love to see Tim and Jason introduced into the current DC Animated Universe. Dick and Damian need their brothers.

“better not to be represented at all than to be misrepresented as something bad” (It would be a great TV show though).

I couldn’t agree with you more on this, @TheBatmanofNML! Did you know that Gotham picked elements of both NML and The Court of Owls for some of their final season’s episodes? I don’t think they did it justice (in spite of really liking the show) BUT it did introduce me to No Man’s Land, which I enjoyed.

A movie with the entire Bat Family is likely going to require a multifaceted, city-wide threat. I’d look to the Detective Comics Rebirth stories for inspiration for both the plot and the team dynamic. Maybe I’d draw from Contagion/Legacy and Zero Year, too.

Thanks! The quote doesn’t sit well with some people when in some political contexts so I have to be careful with that one, but I find it to be generally accurate. As much as I love it, I’d rather not have a NML movie if it’s going to be terrible.

I did know that but I haven’t seen it. I lost interest early on okay. the first episode. I saw later that some people enjoyed later seasons. Would you recommend it? (For reference, I lost interest because it seemed like a generic soup opera and I had younger generations around the house so the content was a little… too much).

@TheBatmanofNML the content stayed pretty consistent in terms of graphic violence and the like. On the plus side, the later seasons definitely played around with more Batman-esque themes, No Man’s Land being the most prevalent.

Actually, if you were to really get down to brass tax, Gotham season 5 was more like a reinterpretation of the back half of The Dark Knight Rises, just to give you some perspective.

I think that quote can applied to a lot of things and works well within the context. So true. No one wants to see something they love ruined.

Gotham is an acquired taste for some but I took it at face value and enjoyed it (until the final season). I liked that Jim Gordon is at the center, exploring crime and justice within the city along the way. It has a nice atmosphere. There is a thread discussing the show which may provide a well-rounded opinion to help you decide: Let’s Talk about Gotham (links to my thoughts on the topic). Another rule of thumb I follow is to give all things Batman a shot because, although there might seem like a lot of shows and movies - there aren’t - so I give each one a fair chance. Sometimes it takes coming back to things too (revisiting). Let me know if you end up trying again and liking it a bit more!

I agree with the wanting avoid a misrepresentation and therefore not trying to overcondense large story arcs. Like even though I liked the civil war movie I wish they would have changed the name or tried to stay a little more true to the original plot, but the original story is a whole lot of story and characters to put into one movie.

I also think it would be really great to have a batfamily show, because then longer arcs could cover a couple episodes to a while season and it could also include more of the family instead of of Babs, Alfred, Bruce, Gordon, and a some Robins.

I think a, and I cannot stress this enough, interpretted version of Endgame/death of the family would be a great 1 shot movie for the batfamily.
If we are going older, I would also settle for, again, an interpretted Batman RIP.