What Shows That Only Had 1–2 Season Would You Like to See Have Another Season?

Season 3 has not been confirmed but I really hope it happens. I really enjoyed the first season as well as the second so far.

Wish you could choose more than one show. But, I am going for LoSH. I prefer the show a lot more than the Silver Age comics. Some others, I haven’t seen and some I have no interest in watching. Also, is the Swamp Thing show the animated, USA Network, or DC Universe version?

It was between LoSH and JL Action. I went with Action. I thought it was such a fun little team-up show.

Swamp Thing all the way! I am big horror fan and combining it with the superhero genre was absolute perfection for me. It had so much meat there. It’s so disheartening that they ended it so soon. Also why have that cliffhanger if its over?!

I had to vote Swamp Thing. I was a fan of Image Comics when they started and bought every title released the first 3-4 years. There were gems and there were some junk titles but I liked being on the ground floor for a new universe and throwing my financial support to titles which were creator-owned. WildCATs was a favorite back then. Jim Lee’s pencils were gorgeous.

The CATs would be my second choice. The old cartoon was not good, as I recall, so seeing a new one would be very cool. Grifter’s appearance in Flashpoint kind of made the movie for me. It was a really good movie aside from that and then, BOOM!, Grifter is on screen. For me, total fanboy moment there.

Swamp Thing, though, I think it was a totally bad decision to cancel the new DCU Original series. It didn’t even get to the second episode and it was cancelled? Boo! Hiss! Maybe it will get a second shot soon.

I went Green Lantern the Animated series. So many stories to tell. The hit all the Lanterns except Sinestro Corps.
I also want Swamp Thing to come back. I’m not a horror fan but mixed in with the superhero genre helps in my mind I guess lol.

I heard it was getting picked up by the CW

Toss up between Legion of Super-Heroes and Justice League Action for me. I went with Legion because the episodes are longer so there’s more time for character development, and unlike JLAction, it ended on a cliffhanger to set up the next season!

I voted for GL: TAS, but my real answer would be the 1988 Ruby-Spears Superman show.

The Sarah Connor Chronicles, Firefly, moonlight, Rush, swingtown, dollhouse. but out of your options swamp thing

Would have loved to see another season for Constantine, the live action series.

I always though it would have been a good pickup for BBC America, move the setting to the UK and introduce a new supporting cast. Of course, then we wouldn’t have gotten Matt Ryan on Legends Of Tomorrow.

What could have been… 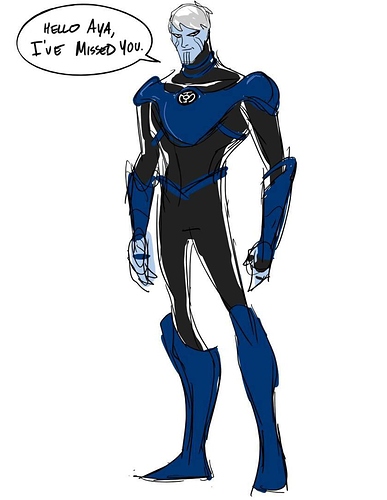 I love both GLTAS and Beware the Batman, but there’s plenty of Batman stuff out there already, so GL all the way. It was so close to introducing John Stewart!

Not on the poll, but . . . I would dearly love another season of Krypton.

Swamp Thing on live-action side of things.