What Scenes Are You Hoping Will Be In And Left Out Of The Injustice Animated Movie?

Well, aside from two video games, the Injusticeverse, with all its tie-in comics, has a massive number of issues at 272, I believe, making it by far the single longest Elseworld tale in DC’s history. It is also full of some epic moments. So what moments from the comics or games do you hope makes it into the movie, and what moments are you hoping they leave out?
As for myself, I am hoping for:
Barbara Gordan getting her Legs back.
Superman Baneing Batman and Alfred unleashing his fatherly rage on superman.
Superman informing Catwoman about Dick.
Harley’s moment with Black canary when we learn Dinha is pregnant

Black atom being depowered by Shazam.
He-man vs. Superman. (It’s the least likely event to make it in.)
Superman Vs. Superboy.

What I hope will be left out:

Batman being betrayed by Catwoman, I understand why she does it, but still, it’s overused by now.
The Death of Shazam.
The death of most of the batfamily.

I hope they leave Nightwing out of it but IK they won’t. This is just an excuse to kill him in something

cuz WB been trying just as much as DC.

Most of these moments would have to be relegated to potential sequels, but this is specifically a Year 1 moment, so it’s fair game. And if we get a faithful animated adaptation of that glorious scene…

I really just need to hear Alfred say “I am so disappointed in you.” to Superman.

I know a lot is going to get left out. There is five years of comics to cover, plus year zero.

Harley and Ollie plus Harley and Black Canary moments would be great to have too. Honestly, it’ll boil down to what they choose to focus on. Will the Regime be the focus? The Resistance? Will they want more action or more shock value? What rating will it be?

No matter what, I’m excited for this movie. I just need my Alfred moment.

Om it’s available for pre-order on Amazon and according to them comes out next month on the 19th its going to be rated R. 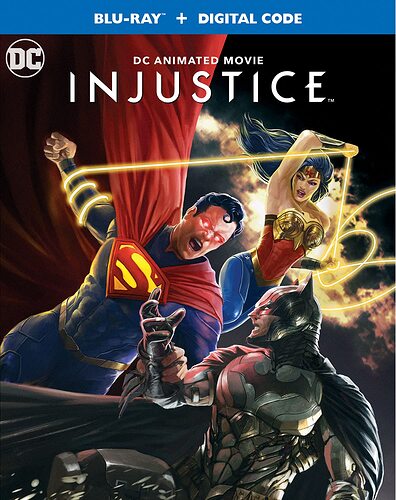 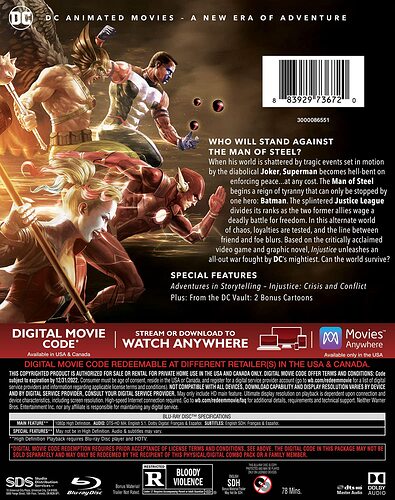 I hope they show the scenes where Superman kills Green Arrow and breaks Batman’s back. Also, I hope they highlight the Superman/Wonder Woman relationship that played a role in the series (like show her beginning to corrupt him). I really can’t think of a scene I hope they leave out since this is such a great series.

I hate seeing anything bad happen to Mogo, but that sequence would be so visually dramatic, that I am sure it’ll be in the movie.

Also, every single instance of Detective Chimp needs to be included.