What’s Your Problem With Bendis?

Brian Michael Bendis is my favorite writer hands down and I am super excited for his upcoming run on Justice League. I will say Chuck Dixon wrote the first ever comic I read so I’ve got a warm spot in my heart for him too, but Dixon doesn’t have the number of haters that Bendis seems to have.

Please try and explain to me what your problem with him is. How did he “ruin Superman”? How is his upcoming run on Justice League “his last chance at DC writing a mainstream book”? I realize it’s possible a lot of what I read about him on the internet is written by people who have no idea of the real goings on at DC, but dang, there’s some venom in these jabs they spit at him. And these quotes in the questions I posed are just what I found here in the DC forums, (use the search function and type in ‘Bendis’ and you can see for yourself).

Fandoms naturally make villains to blame everything on. For many DC nerds it is Didio. For Arthur it is Smith and 9 Story. For Survivor it is Russell or Sandra depending on your side. For Disney it is Eisner. For me it is Guggenheim.

This is simply the way of the fandom until someone else becomes the villain. 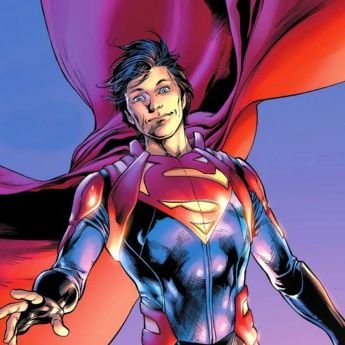 Why did you do this Bendis!!!

Perhaps the greatest addition to Superman’s mythois in years, and then he is quickly aged up, destroying all of the possible stories that could have been told with a fatherly Superman. Instead, we are back to a status quo of a lone Superman doing the usual run of the mile Superman stuff. Along with that, the sudden disruption of Tomasi, Gleason, and Jurgens’s stories just adds some salt to the wound for me. Superman Rebirth was one of the best Superman runs I have read and it frustrates me that the writers didn’t finish it on their own terms.

I don’t hate Bendis, I bet he is a really nice guy and his early work on Spider-Man and Daredevil is great, but I feel he was greatly misplaced as the lead writer of Superman. I feel a bit more confident with him on Justice League, but I am also concerned that he will do something similar to what he did at Marvel with the Avengers, and everything will go off the rails very quickly.

He did have a hand in bringing Connor Kent back though…

and he was really cool my I add.

I have never been a big Superman fan. I started reading Superman Rebirth and I loved it. Clark, Jon and Lois dealing with being a family and Jon’s emerging powers. I read all of it.

Then Bendis came in and took my favorite character and aged him up. And, honestly, I can look past it. But his run on Superman didn’t hold me the way Tomasi’s run did.

I’ve read some of his M*rvel stuff and I liked it. But I just couldn’t stay with his run on Superman. So I tried Young Justice. I love the original series. Bendis somehow gave me the characters that I had been missing (Conner, Bart, Tim, Cassie etc.) but also answer almost no questions of where they had been or how they forgot each other/remembered.

My biggest issue is him favoring his OCs to the main teams. Young Justice is a great crew. But throwing in Naomi on the day after she learns about her powers/heritage just makes no sense. The Wonder Twins make a little more sense. But it is still the same problem. I get wanting to introduce new characters to the team, but Naomi and Wonder Twins didn’t make sense to me.

Ok, I’ll stop rambling. I will say I do like his writing but I just don’t care for what he did with it.

My problem with him is he probably was watching Iron Man one day, and said, “Let’s have a DC hero tell the world his identity,” and he ruin Superman. Didn’t he see Iron Man 3? It didn’t do well for Tony Stark.
Now that the villians knows who Superman is, they can easily stalk, kidnapped or murder the people he cares about. Sorry I just don’t like that idea, never have and never will. It may be fine for Iron Man, but not for Superman.

I don’t have any problems with Bendis. In fact, I’m a long time Supeman fan who had no idea who Bendis was before he came to DC… and I love his work on the character (go figure). My only criticism would be that with his dialogue, especially in group settings like Legion, I can get l lost for minute before I find my bearings

im meh on the idea, I like the legion coming back, my dad’s a big legion fan so it made him happy and we could talke about it. i dislike aging jon up randomly to further superman’s story, i dislike the idea of superman reveal on premise as it endangers the whole kent family including ma and pa and bruce really should have talked him out of that. in general i really don’t like the idea of the world knowing supermans’i d sure we joke about the glasses but we joke about dicks name but no one liked it when they changed it. i don’t know it feels oddly selfish and I prefer clark to be selfless it just felt off to me, but then I’m not a big superman person

I don’t know if I have a problem with Bendis on Superman, per say. I will say his inItial Man of Steel mini didn’t do it for me. I too wasn’t a fan of aging Jon up, but it didn’t break the bank for me. There were plenty of “Jon as a boy” stories I could read instead.

Something did occur to me, though. When he came to DC, he started on the main Superman books, right? Then Young Justice came along, then Naomi and his run on the Legion of Superheroes. I know the man can do multiple books at once and his name will sell comics, but a part of me wonders what he could’ve done had he just been given ONE title to focus on. If they gave him one Superman title and he put all his energy and storytelling into that, I think things might’ve been different. We could’ve had something really special.
It’s kind of what bothers me about comics, these days. When a creator is a hit, they’re assigned or offered multiple books. Suddenly their spread too thin and the work suffers.

When Iron Man gives his address to the world in Iron Man 3 is probably the dumbest thing I have ever seen a superhero do. Should have given a fake address, and set up an ambush.

So to break this down, the majority of those are upset because you don’t like that Superman has evolved and grown as a character?

I get it, I left comics for a while due to college. My favorite character is Batman, and when I left Tim Drake was Robin. Then when I returned years later Daimen Wayne is Robin! And Talia is his mother (wtf), so many things about it made me upset. I’m also not thrilled what they did to Alfred this past year either. But here’s the thing, I do not blame the writer. The story has to progress or it becomes stagnant. I’m not a fan of change, this is apparent to me more and more as I get older, but sometimes change is for the better, sometimes change is necessary. I mean think about yourself, have you changed in the last year?

I can’t really justify the aging of Jon, but he didn’t do that in a vacuum, that was definitely a move that needed approval from the higher ups.

My only criticism would be that with his dialogue, especially in group settings like Legion, I can get l lost for minute before I find my bearings

This is a legitimate criticism. A lot of his dialogue has the same tone, and it’s hard to differentiate between characters without following the dialogue bubbles back to the characters.

I also have to wonder how things would’ve turned out if Bendis had started his tenure with a new Legion book and THEN moved to the super-titles. Not that Bendis has to earn his stripes to get to Superman, or anything.

Come to think of it, you know who I would love to see Bendis write in the DCU? The Atom. I’m sure he could do some wild things writing any version of the character. Give him someone he can elevate and make his own. Plus, no one is really using The Atom at this point.

Give Bendis a Nightwing mini and focus on the more noir elements.

Bendis in genderal works best in a more noir setting.

My problem with him is he probably was watching Iron Man one day, and said, “Let’s have a DC hero tell the world his identity,” and he ruin Superman. Didn’t he see Iron Man 3? It didn’t do well for Tony Stark.

Doubtful that Bendis watched Iron Man 3 and came up with the idea, since he wrote the whole Civil War storyline in the comics about 10 years before it got made into a movie.

As far as revealing his identity, what does that matter? I thought Pa was dead, I kinda remember reading that in the 90’s? I stopped reading Superman regularly a fews years after the Death of Superman. Anyway the only new people now finding themselves at risk is Ma and Pa Kent. Superman even said in one of the last Bendis written comics, that everyone already knew that Superman had friends at the Daily Planet, long before he revealed his identity. Lois and Superman are kinda known for being very close to the general public. The people at the Planet and Lois were already targets of Superman’s enemies, they were already at risk.

Come to think of it, you know who I would love to see Bendis write in the DCU? The Atom. I’m sure he could do some wild things writing any version of the character. Give him someone he can elevate and make his own. Plus, no one is really using The Atom at this point.

He had said in interviews near the announcement of him coming to DC that he really wanted to use Plastic Man. Not sure how serious he was, but he is able to write for the obscure and make it seem interesting. I’d follow him to any book he decides to write.

You know, I think I would’ve given his take on Plastic Man a try!