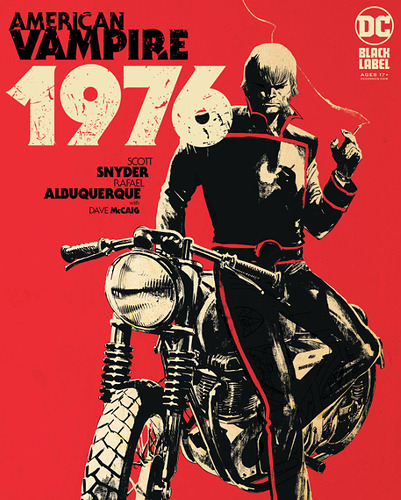 Just AMERICAN VAMPIRE 1976 for me. 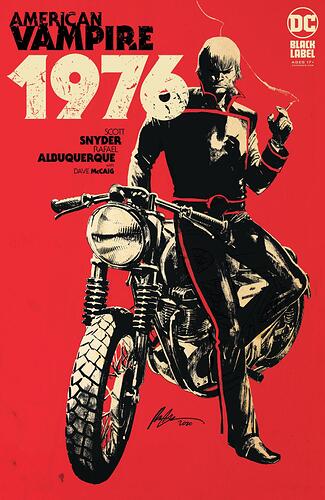 And looking back to January 21st and my first post…

Sharing lists is still very much on our radar, and we want to know all the other features you’re looking for! Let us know what you love about this release, and what you’d like to see from future releases, in the comments below!

I love the UI and the Dark Mode. My favorites feature is the Home Screen widget. It’s oh so nice.

As far as releases are concerned, new comic releases, thank you for THE QUESTION: THE DEATHS OF VIC SAGE.

Scott Snyder’s AMERICAN VAMPIRE 1976 would be nice as a future consideration.

Ask and ye shall receive, I guess. (Ha!)

“American Vampire 1976” yet that style of bike customization (a cafe racer) wouldn’t be popular outside of Britain until the rise of the internet. Anyway it’s more Scott Snyder for me to not read, sometimes I feel his only purpose is to waste the talent of great artists.

I know I’m overwhelmingly negative on the guy but jeez, his entire Batman turned me off ever touching the guy’s work again. 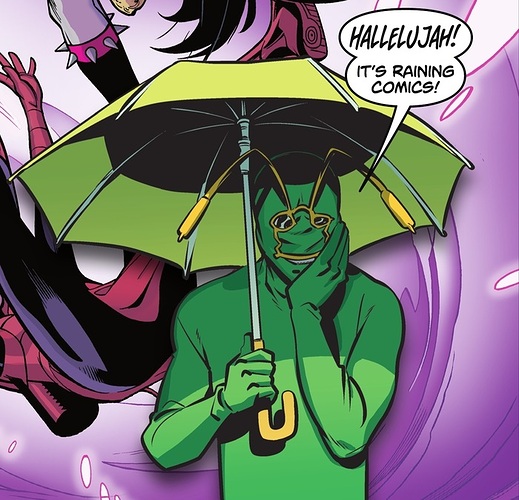 From the cover of this week’s Let Them Live!. I feel like this can easily be used as an all-purpose meme each week when new comics are released.

(Or especially if DC ever decides to do another 1,000+ issue DCUI dump.)

Are they going to add the rest of the American Vampire series since this is the end of the series?

Hi @lessthan12parsecs, welcome back! We don’t have any information about future additions yet, but whenever we do it will be posted here in the Watchtower.

‘Let Them Live!: Unpublished Tales from the DC Vault’ will be where I start this week. I love this series and hope it continues on for years to come. Can’t wait to see what corner of the DC Universe Ambush Bug takes us to this time.

Love the segmented list of comics, by the way. Breaking them up by Digital First Series, New Comics and Archive Comics make it super simple to see what is what and where to begin. Thanks for that.

I have been reading all the new comics each week as they arrive. I will say I am a little tired of the Death Metal story and will be glad when it is over.

One more issue and the entire run of Super Friends will be complete!

On another note, when trying to find “Let Them Live…” on DCUI, as of 4/13/2021 @ 1148 Eastern time, the only way you can find it is by clicking on the link above. It is not shown in the series entry itself, since the “Date released” shows as “Date unknown”.

I didn’t come on here just to say I didn’t want to read it, I wanted to also point out that the motorcycle pictured doesn’t make sense in the United States in 1976.

But, what can I say that hasn’t already been said? Constant George Lucas-style retcons, poor storytelling, long infodumps…Why do I need to provide criticism? Not like Scott Snyder’s gonna read my forum post and defend his style or write a story tailored to address those criticisms. I’m just some nerd on a forum. I’m small potatoes.

There are lots of popular and well-regarded creators whose work I have problems with- I can’t say I’ve ever enjoyed or liked anything I’ve read by Alan Moore, for example, but I can at least see why those who like his work do like it. With Scott Snyder the praise and hype just seems so unearned to me. It’s like…why this? Why hold this up as “the best Batman ever” when I can rattle off a half-dozen better arcs and writers without thinking twice and I’m far from the most hardcore of fans?

On another note, when trying to find “Let Them Live…” on DCUI, as of 4/13/2021 @ 1148 Eastern time, the only way you can find it is by clicking on the link above. It is not shown in the series entry itself, since the “Date released” shows as “Date unknown”.

I just checked on this and it looks like this issue has been fixed. Thanks for letting us know!

Hello @Moderators,
I’ve just finish reading Sensational Wonder Woman #1, that was such a fast pace story that left in a cliffhanging! When will #2 be out? Can’t wait to see what will happen next!

I appreciate that this response is a little late, but we’re currently releasing issues of Sensational Wonder Woman at a pace of once per week. We’re currently on issue #5!

Hey @brian.edmondson.2011.26346, welcome to the community! I’m glad to hear you were able to get your hands on American Vampire 1976. Was there any other comic added that piqued your interest?