What new DC Funko Pops would you like to see be made?

I love collecting Funko Pops and I would love to maybe see some DC Universe exclusive Pops made! The top 5 DC Pops I’d want to see made are…

I’d love to see a Question. It would be easy, you could just leave off the eyes.

also Renee Montoya as the Question, and Raven from the Titans show.

One of my friends REALLY wants the Legion of Super-Heroes, and if there’s an XS in there, I’d be a happy camper, but would love any Young Justice Outsiders figs!

I might be interested in Pops of the creators of characters. Siegel and Shuster, Kane and Finger, Marston, Broome, Fox, etc.

If friggin’ Peeps can get the Pop treatment (and why are they?), then the creators of the greatest mythology of the 20th century and beyond certainly deserve them.

I saw on YouTube that Funko’s doing Pops for the 30th anniversary of Tim Burton’s Batman. I saw:

I’m not into Pops that much, but the Batman one is interesting.

Funko is also doing an 80th anniversary Batman Pop based on his first appearance, a set based on Carmine Infantino art of Batman and Robin and Batman in a Silver Age (I think it’s SA) Batmobile.

Pretty neat stuff all around.

I’d like to see Pops made of the entire Batman Anthology 1989 to 1997 film franchise run of characters & More Batman animated series ones. Enough of the Harley Quinn Variants lol

If Pops from the Burton and Schumacher Batman movies happen (more so than they already are from Batman), that could potentially be an unavoidable collecting black hole for me.

Has Funko made a Pop figure of the Christopher Reeve Superman?

Ha! Just yesterday, I posted something about this on my deviantArt page.
So I’ll just post the image and just you’ll get my pick(s). 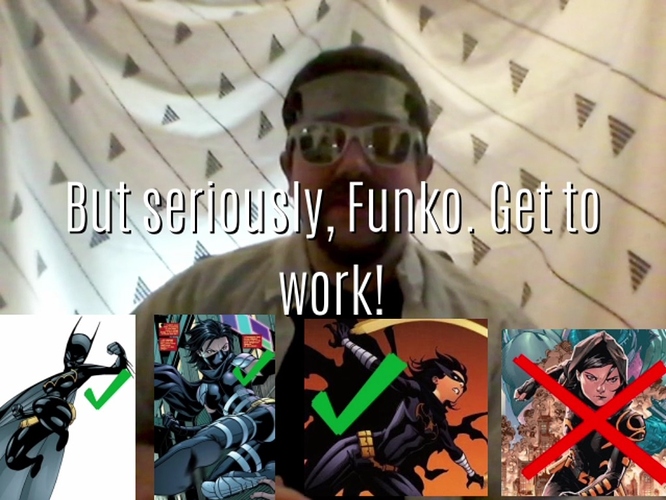 Sorry that last line was so grammatically messed up.

I would have to get a Cass Batgirl Pop.