What Lady Shiva did to Ocean Master

Basically what Lady Shiva did to Ocean Master in the latest episode: 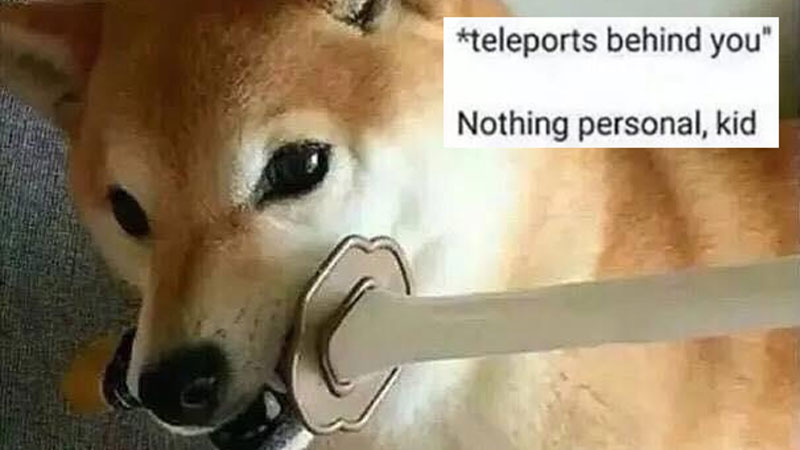 Surprised! She just cut the Ocean Master’s head off

I was more surprised when Vandal Savage killed his daughter.

Do not mess around with Lady Shiva. She’s the deadliest woman on Earth for a reason.

@abfgmsw, yeah that was hard core. I wonder if his other daughter will betray him now.

She is probably too afraid to. Immediately after he killed her, she made up a quick response in honor of his actions. Then, he told her to prepare a funeral for Olympia. He creates fear, and I hope the Young Justice teams will be able to sway her away from him.

Agreed, “what a twist” that would be.

That could actually make a lot of sense. It seems to me that Vandal Savage has a unique perspective on death. He’s 50,000. So he’s watched everyone else die for all that time. Everyone. I don’t think death scares him the way it does us normies. What scares him is living or dying without serving a greater purpose. If Cassandra meets the teams, she may see a purpose in fighting with them. Even though she and Vandal saved the entire planet when beat Starro together and it’s tough to see how the heroes can convince her they’re doing more “good,” she seemed a bit disturbed by the whole neck snap thing and might not have the stomach to feel about death, or exploiting meta humans, the way he does.

Oh, and I was going to say, definite props to Shiva for offering Orm a job first. Better than he deserved.

It is still interesting that he has been around for many generations and still has the vigor to want purpose. With all the people he has come across, he has almost become a god by knowing how societies function, how people will react, seeing the function of almost everything. It’s almost a jab at Dr. Manhattan who can see how things work and wants to be away from humanity.

I don’t know if Orm has looked like that in other seasons, but this depiction looked slightly off. The sharpness in the helmet and terror that is shown has never been handled better than how he appeared in Aquaman. So, when Orm was killed, I was surprised to see the head roll, but I did not really mind that he died.

@abfgmsw - Honestly, it was a rather humane action. Instead of allowing her to languish, fading ever more, losing her mental (and eventually) physical facilities he gave her a quick, painless death why she recounted her favorite story of her father.

Yes, we as short-lived people don’t see it that way, we cling to life until the bitter end, however, Savage has witnessed what that end looks like and does to people countless time. It’s practical … but it also shows his love for his kin.

@NicGrayson - As for Orm it makes sense, the man was well versed in Atlantian court politics, showed tactical and situational awareness. He would have made a great addition to The Light if able to be swayed. He was a potential resource, and time and again we’ve seen that The Light cares for its resources, but will go out of their way to assure a resource is not truly taken out.

It may seem humane from Vandal’s viewpoint l, but what about Olympia’s?
Did he ask her if she wanted “peace”? Some people may have difficulties, but that may not mean they deserve a “painless” death. The only one who can decide if a death is painless is the one who is about to die.

A kid who may be terrified of the dark and has that issue when he is ninety-one may not find it painless to die in his sleep.

@Tobias - Yeah, but she didn’t offer him a place in The Light. She offered him a role as a shadow. Orm was a member of The Light in the first season, but he got spanked (off camera) before the second. I always felt like Orm believed that the power he felt he was owed was the same thing as having power. Which granted, isn’t in the show. But Vertigo had the same ambitions and went the route of making powerful friends, which is why I think he’s still in the game. However much skill it took for Orm to stalk the heroes’ families doesn’t really make up for the myopic reasoning and motivations. So I thought the job offer was a kindness.

@abfgmsw - It is entirely possible that the low opinion of Ocean Master expressed above has a lot to do with his helm - which I always thought was kinda ridiculous and impractical looking… Except in Aquaman, where it looked like something an Asgardian would wear.

And I do kind of believe Vandal Savage is a hero*, just on a much longer timeline. He’s getting humanity ready to face Darkseid, which he knows (or believes) is the only battle that matters. And I think that if it comes to it, he would die if it meant that humanity wins and could live and continue to evolve. Because that would be a “greater purpose” to die for. Maybe I’m wrong, and he’s not that complex and just wants power. Regardless, YJ is definitely my favorite version of Vandal Savage. Props to David Kaye for stepping into that role, too. RIP Miguel Ferrer

*Obviously, I don’t actually believe anyone that uses murder and coercion as standard business practices is a real hero. In real life this would exclude you. But in real life there aren’t many 50,000 year olds, so I’m thinking about it from his perspective.